At just 23, Mr Rogers, whose job title is Pilot and additive design lead with Gravity Industries, is working on the sort of technology which would, a generation ago, have been regarded as pure science fiction, similar to the hoverboard ridden by Marty McFly in Back to the Future II. However, as of right now, the Gravity Industries Jet Suit is a reality – and the possibilities are enormously exciting, Mr Rogers told Express.co.uk. His talk, on Thursday, will detail the history of the suit’s development, from Richard Browning’s first experiments with jet engines to the fully 3D printed jet suit being tested (and flown) by Mr Rogers today.

He explained: “3D printing in aluminium, titanium, steel and nylon allow the jet suit to be more lightweight and functional than if it were to be traditionally manufactured.

“We employ complex internal cooling channels within the 3D printed components that wouldn’t be possible if they were machined or injection moulded.

“The jet suit allows incredible mobility of the pilot, you can take off and land from an area the size of your two feet, and travel between the two locations at speed, regardless of the intermediary terrain.

“However, using jet engines for close proximity personal transport may have some noise issues, which is why Gravity is pursuing an electric version of the suit. 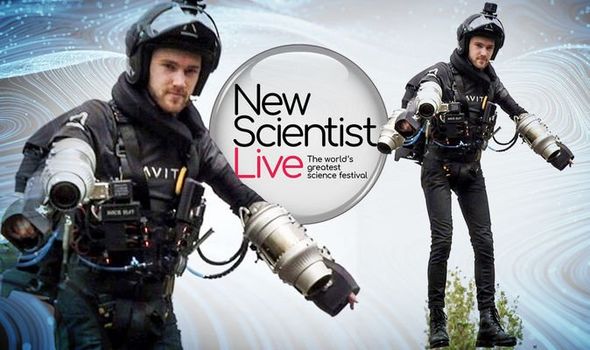 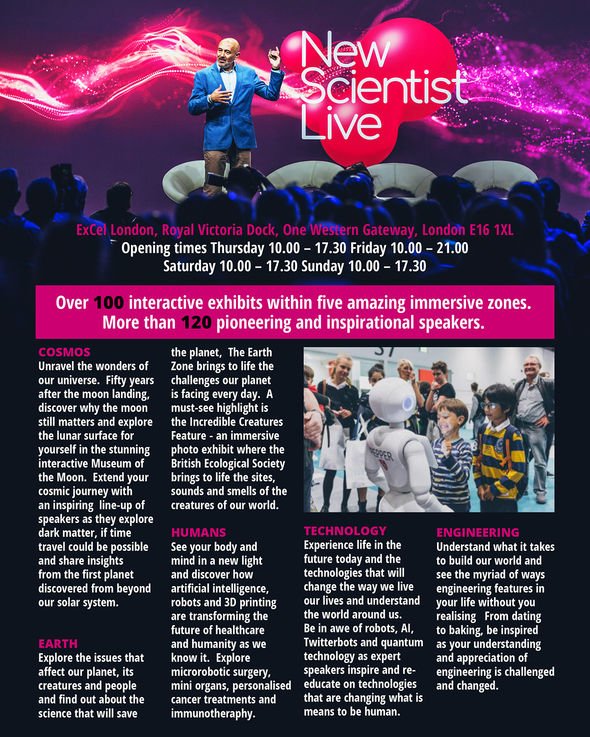 We could fly to many thousands of feet in altitude if we wanted, but we stay low to keep the flights safe and because flying and landing close to an audience gives the best sense of the suit in operation

“We could fly to many thousands of feet in altitude if we wanted, but we stay low to keep the flights safe and because flying and landing close to an audience gives the best sense of the suit in operation.”

Images of Sam Rogers using the suit underline its striking resemblance to that used Marvel superhero Iron Man in the popular film franchise – and Mr Rogers acknowledged in some ways it was a case of life imitating art.

Not that the suit is without its challenges, requiring a high degree of dexterity, and some physical strength, to fly. 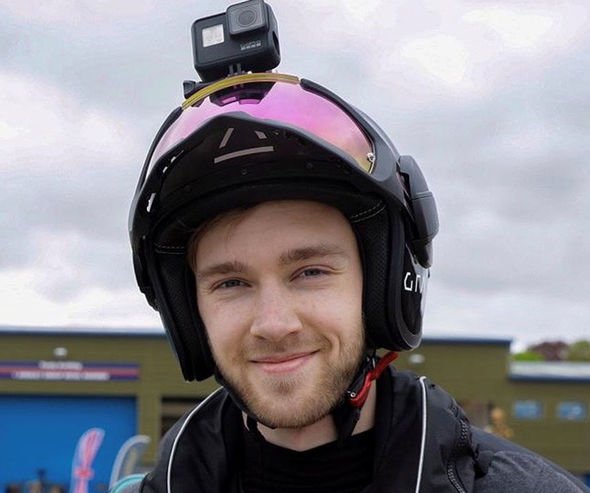 Mr Rogers added: “Flying the jet suit is a mostly a balance and control challenge, which a human can learn to perfect with good spatial awareness.

“You need good arm and shoulder strength but you don’t need to be a gymnast to fly the suit.”

Nor was the technology standing he added, explaining: “Design for 3D printing, especially metal printing, requires a different design mentality than traditional manufacture.

“Once you are familiar with this you can make full use of the design flexibility that 3D printing offers such as complex internal channels and hollow lightweight lattice structures. 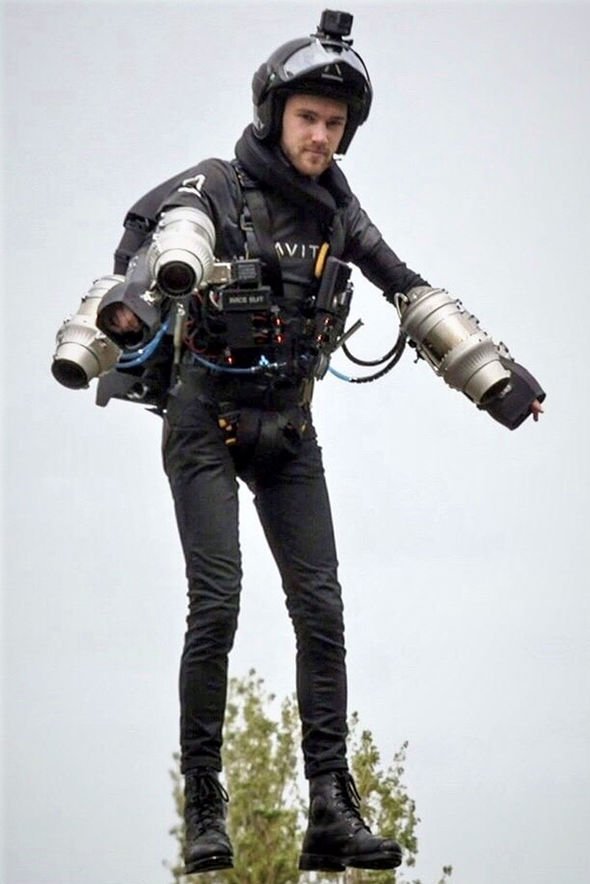 “Like any engineering part, it is designed so that it is far stronger than it needs to be in normal operation.

“A large proportion of the suit is printed in aluminium and steel and all components are thoroughly tested to be operating well within their performance range.

“We are constantly testing and iterating the design of the jet suit to improve the performance, almost every flight we conduct has updated hardware from the last.

“The turbines run on Jet A1 due it’s high energy density. However we are continuing development on an electric version of the suit which could be charged using renewable energy. 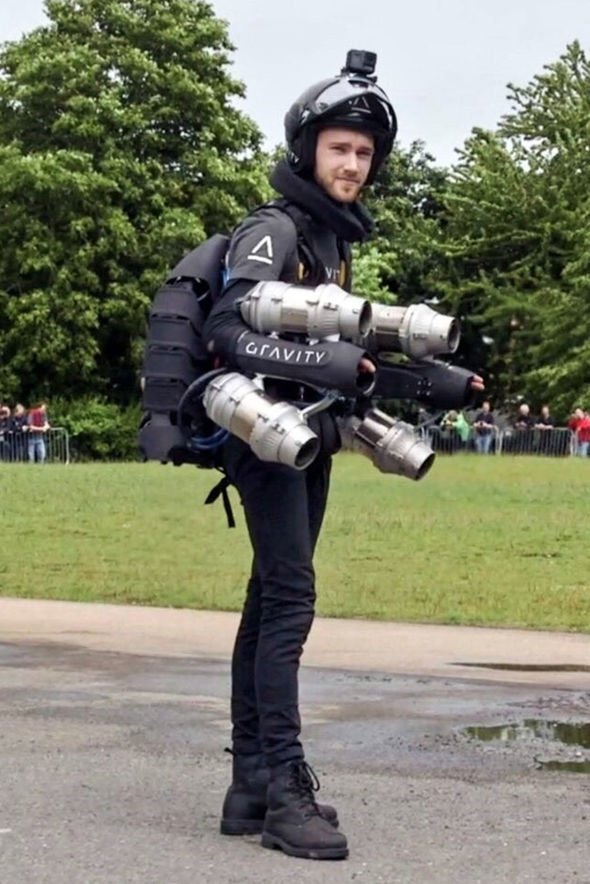 “The flight time of this is reliant on the energy density of available battery technology so this will improve.”

Aside from working on the suit, Mr Rogers has a background in the development of rocket engines, an exciting field in its own right.

“Developments in metal 3D printing allow combustion chambers to be printed in copper alloys and in fewer components.

“As an example, using copper could increase the cooling capability of the rocket engine, allowing the chamber to operate at higher temperatures, which enables a cleaner burning mix ratio of fuel and oxidiser than was previously possible.

“I continue to work on printed rocket engines alongside my work on the Gravity Jet Suit and both projects share many disciplines.”

Jet Suits and Rocket Engines is on the Main Stage on October 10 between 12.15pm and 1pm.