Jony Ive is removed from Apple’s website as British designer behind the iPod, iPhone and iPad officially leaves the company after 27 years

The profile of Sir Jonathan Ive has been removed from the Leadership page of Apple’s website, signalling the end of the British designer’s time at the technology firm.

The former chief design officer – better known as Jony Ive – announced he was leaving the company in June.

The Briton joined Apple in 1992, taking over its design team in 1996, and was responsible for some of the tech giant’s biggest products – including the iPod, iPhone and iPad. 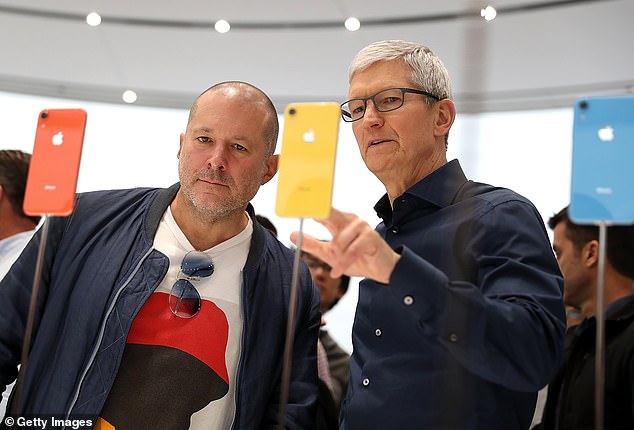 Apple’s chief design officer Jony Ive (left, next to CEO Tim Cook) is breaking out on his own after nearly 30 years at the company

WHO IS APPLE’S JONY IVE?

Jony Ive is a long-time Apple designer who is responsible for pioneering many of the company’s most iconic products.

Sir Jony has followed the company’s rise since 1996 and was eventually put in charge of designing the company’s software in 2012.

Among the most pivotal designs are the 1998 iMac, equipped with colourful side panels, as well as the company’s sleek iPad.

Sir Jony has left his post after nearly 30 years to start his own design firm ‘LoveFrom.’

Wearable technology is of particular interest according to Sir Jony, though the heavyweight has yet to fully detail specific projects.

Neither Sir Jonathan or Apple had previously revealed a date for his departure, but his image and executive profile, which had sat alongside information on other company bosses including chief executive Tim Cook, has now disappeared from the website.

Announcing his departure, Sir Jonathan confirmed he was setting up his own design company, LoveFrom, which he said would continue to work with Apple.

“While I will not be an (Apple) employee, I will still be very involved – I hope for many, many years to come,” he told the Financial Times earlier this year.

“This just seems like a natural and gentle time to make this change.”

In Apple’s announcement of Sir Jonathan’s departure, Mr Cook said his work at the company, which had also included designing its new California headquarters, had been “groundbreaking”.

He said: “Jony is a singular figure in the design world and his role in Apple’s revival cannot be overstated, from 1998’s groundbreaking iMac to the iPhone and the unprecedented ambition of Apple Park, where recently he has been putting so much of his energy and care.” 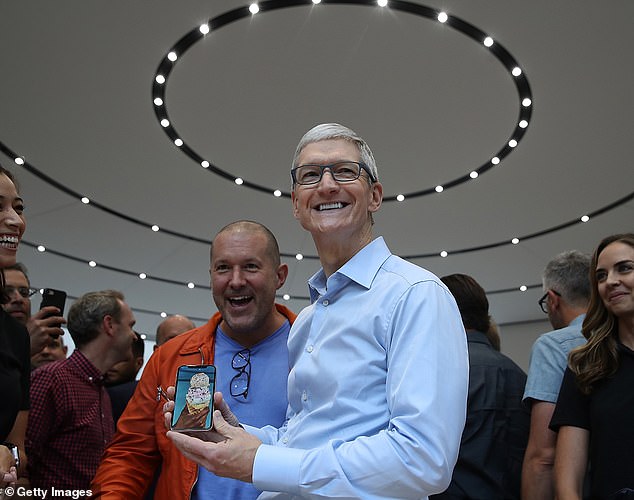 Ive was responsible for some of the tech giant’s biggest products – including the iPod, iPhone and iPad 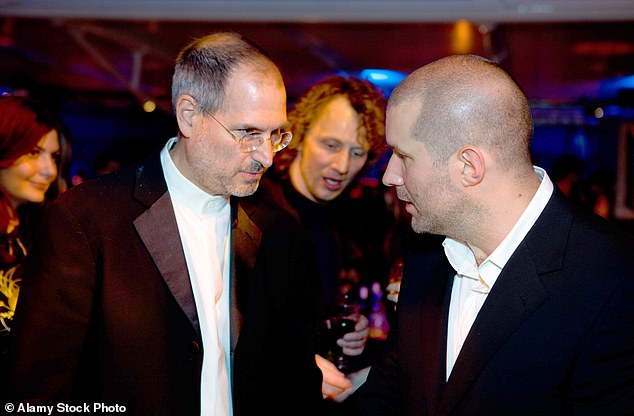 He shared a close rapport with the late Apple CEO Steve Jobs, and the two often debated the company’s product design

He was knighted in a ceremony at Buckingham Palace in 2012.

Sir Jonathan Ives, 52, was born in Chingford, north-east London and came to design through an early interest in made objects.

He considered taking a car design course at the Royal College of Art, but decided against it, opting instead for Newcastle Polytechnic – now known as Northumbria University – to study industrial design.

After university, Sir Jony joined London design consultancy Tangerine, working on a number of products from power tools to wash basins, but moved to San Francisco in 1992 to work with Apple as a design consultant.

By 1998, he was vice-president of industrial design at Apple, and rose to become chief design officer in 2015, where he was behind many of the products we use today.

Sir Jonathan was instrumental in a large number of Apple’s devices, both hardware and software.

He also worked on the iPod and iPod Mini, before taking on the iPhone and iPad in the late Noughties.

In 2013, Sir Jonathan ushered in the biggest overhaul to the iOS operating system yet, with a new ‘flat’ look that went on to influence brands globally.

‘I think there is a profound and enduring beauty in simplicity,’ he said during the iOS 7 launch.

Sir Jonathan is leaving Apple to start his own design company called LoveFrom, though he will carry on work associated with wearable technology and healthcare.

Apple said it would be among his new firm’s ‘primary clients’, with the designer continuing to work closely with the tech giant on a range of projects.

He will not be immediately replaced and two of his deputies will report directly to the company’s chief operating officer, Jeff Williams.