Jupiter’s Great Red Spot is the single biggest hurricane in the solar system, churning away with wind speeds of up to 400mph. The Red Spot at one point measured roughly twice the width of our planet and has been seen from Earth for at least 150 years, if not longer. Which is why astronomers were concerned in 2018 when NASA found the Red Spot was shrinking in size.

Last year NASA revealed the storm has shrunk to just about 1.3 time the size of Earth, marking a worrying decline in the feature.

NASA planetary scientist Glenn Orton said the Great Red Spot has been dying since the 1800s.

The scientist even warned “nothing lasts forever” as the predicted the Great Red Spot could one day fade away into a “Great Red Memory”.

He said: “In truth, the Great Red Spot has been shrinking for a long time.” 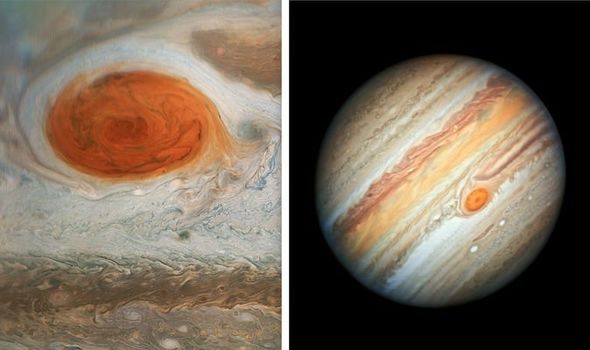 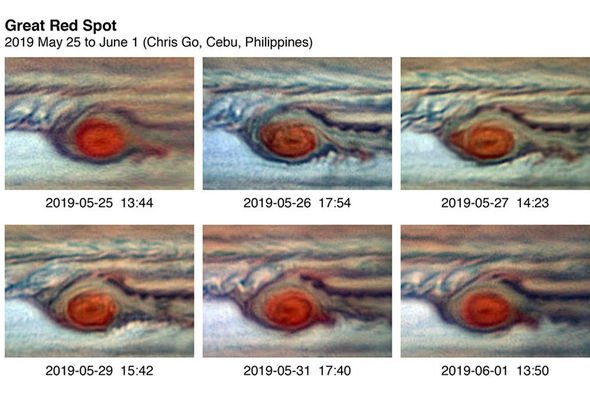 But despite the Red Spot’s apparent shrinkage, new research suggests the cyclone itself is not losing any of its ferocity.

Researchers from the University of California, Berkeley (UC Berkeley) announced on Monday, November 25, the Jovian storm is still going strong.

The researchers presented their findings at a conference of the American Physical Society’s Division of Fluid Dynamics.

In an article for The Conversation, Professor Marcus explained why the storm is not quite ready to die just yet.

He said: “In the last 10 years, but in the last five months in particular, the press has reported dire warnings that the Great Red Spot of Jupiter is dying.

“However, some astronomers believe, to paraphrase Mark Twain, that the reports of its death are greatly exaggerated, or at least premature.”

The Great Red Spot has been shrinking for a long time

By analysing computer models of cloud data and fluids dynamics, the engineer concluded the Great Red Sport is “in no danger of disappearing”.

Instead, he argued many telltale signs mistaken for evidence of the Red Spot’s impending death are inconsequential.

Since the 1800s, astronomers have noticed the size of the Great Red Spot was significantly shrinking. 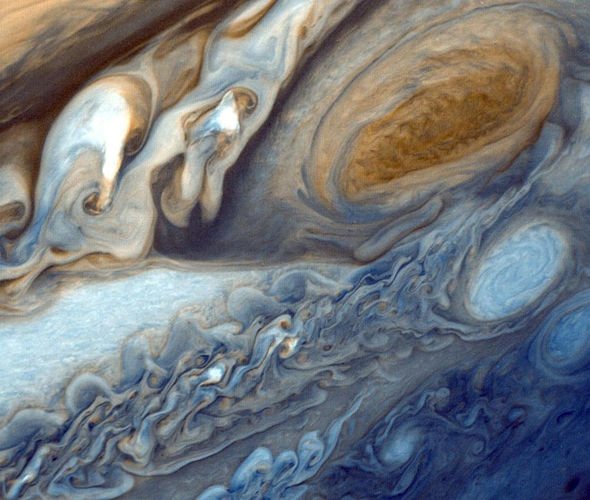 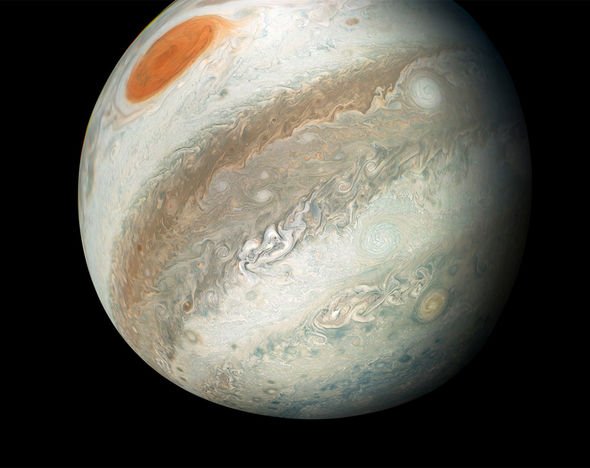 Astronomers have also noticed the act of “flaking” or red clouds breaking off and away from the central storm.

In both cases, Professor Marcus believes the signs do not prove the Red Spot is disappearing off the face of Jupiter.

Secondly, the researchers found the flaking clouds were similarly not a sign of the storm breaking apart and weakening.

Professor Marcus said: “Pieces of the red cloud scatter outward from the stagnation point, appearing as flakes and blades.

“Neither the mergers that created the lumps nor the close encounters with cyclones are unusual by themselves, but it is not that common for them to occur at the same time.

“However, neither event is a sign of ill health for the Great Red Spot.

“My colleagues and I believe it will survive for many more years.”

Take a look at some of the best pictures of the Great Red Spot here.