The Komodo dragon — the world’s largest species of lizard — could be driven to extinction by global warming and rising sea levels, a study has warned.

Numbers of the iconic reptiles — also known as ‘Komodo monitors’ — are in rapid decline, with only around 4,000 left on the five Indonesian islands they call home.

Experts from Australia used Komodo dragon monitoring data and climate statistics to model how the species, classified as vulnerable, will likely fare in the future.

The lizards will face extinction on three of the islands — Gili Dasami. Gili Montang and Flores — on which they have lived for more than a million years, the team said. 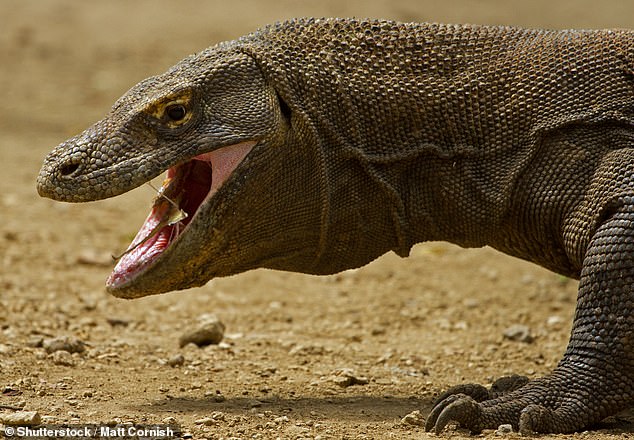 The Komodo dragon, pictured — the world’s largest species of lizard — could be driven to extinction by global warming and rising sea levels, a study has warned (stock image)

‘Climate change is likely to cause a sharp decline in the availability of habitat for Komodo dragons, severely reducing their abundance in a matter of decades,’ said paper author and spatial ecologist Alice Jones of the University of Adelaide.

‘Our models predict local extinction on three of the five island habitats where Komodo dragons are found today,’ she added.

Komodo dragons — which can grow to 10 feet (3 metres) long — are endemic to the five Indonesian islands of Komodo, Rinca, Gili Dasami, Gili Motang and Flores, the latter of which has seen numbers of the lizard plummet to new lows.

‘Current-day conservation strategies are not enough to avoid species decline in the face of climate change,’ Dr Jones explained.

‘This is because climate change will compound the negative effects of already small, isolated populations.’

‘Interventions such as establishing new reserves in areas that are predicted to sustain high-quality habitats in the future, despite global warming, could work to lessen the effects of climate change on Komodo dragons,’ she concluded.

‘Having an insight into future impacts of climate change provides new possibilities to work with conservation agencies and local communities to find on-ground solutions that will limit climate and other threats to Komodo dragons and their habitats.’ 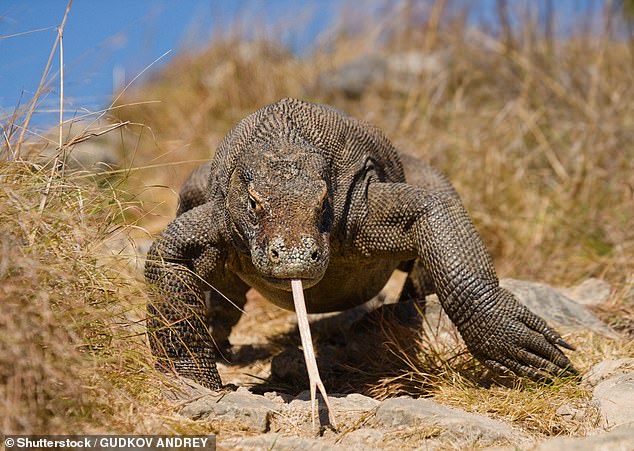 Numbers of the iconic reptiles, pictured — also known as ‘Komodo monitors’ — are in rapid decline, with only 4,000 left on the five Indonesian islands they call home (stock image)

According to their models, the team added, Komodo dragons may need to be relocated in the future if they are unable to survive in their traditional habitats.

‘Our conservation models show that Komodo dragons on two protected large islands are less vulnerable to climate change,’ added paper author and ecologist Damien Fordham of the University of Adelaide.

‘However, even these island habitats might not provide an adequate insurance policy for the survival of the species.’

‘Conservation managers in coming decades may need to consider translocating animals to sites where Komodo dragons have not been found for many decades.’

‘This scenario can be tested easily using our approach.’

‘Our research shows that without taking immediate action to mitigate climatic change, we risk committing many range-restricted species like Komodo dragons to extinction.’

The full findings of the study were published in the journal Ecology and Evolution.