Dinosaurs suffered from lice too! New species of insect is found preserved in 100 million-year-old amber along with the ancient feathers it feasted on

Scientists have uncovered a new species of lice preserved in 100 million-year-old amber, together with the partially damaged dinosaur feathers it fed on.

The damaged feather and the bug’s sharp teeth reveal the tough-feeding behaviours of the new species, according to a team of American and Chinese researchers. 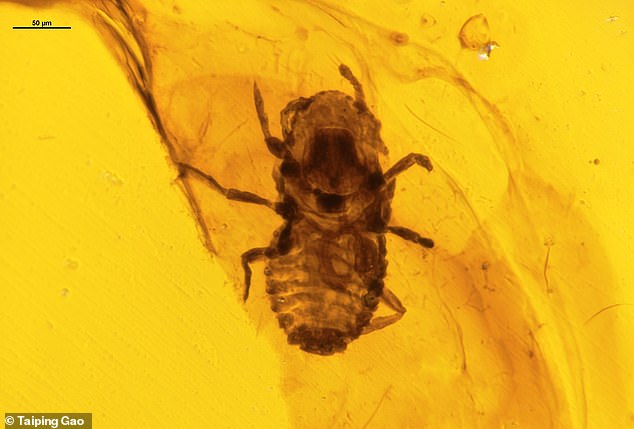 WHAT ARE THE THREE GEOLOGIC ERAS?

The Mesozoic Era is a the name given to the period from 250 million to 65 million years ago.

The era is divided into three major periods: Triassic, Jurassic and Cretaceous.

The new species discovery dates back to the Cretaceous period – 145 million to 66 million years ago.

Mesozoic was the age of the dinosaurs and lasted almost 180 million years.

The Mesozoic Era followed the Paleozoic Era, during which arthropods, molluscs, fish and amphibians all evolved.

Mesozoic was followed by the Cenozoic Era, during which the continents assumed the configuration that we know today.

The team studied 10 insect nymphs — the name given to the early growth stage of some invertebrates — preserved within two dinosaur feathers inside two pieces of amber from Kachin Province in Northern Burma.

The new species is around 2mm long —about the size of a sesame seed — with robust and short antennae and long bristles and claws on their hairy feet.

They also have robust mouth parts for chewing, including mandibles – a pair of appendages near the insect’s mouth – and four sharp teeth.

The team observed that one of the feathers is damaged, apparently by chewing, in a very similar manner to modern bird feathers parasitised by lice.

Despite the gap of hundreds of millions of years, the wingless insects have a similar body shape to modern lice.

‘Most significantly, these insects are preserved with partially damaged dinosaur feathers, the damage of which was probably made by these insects’ tough-feeding behaviours,’ the team wrote in their research findings. 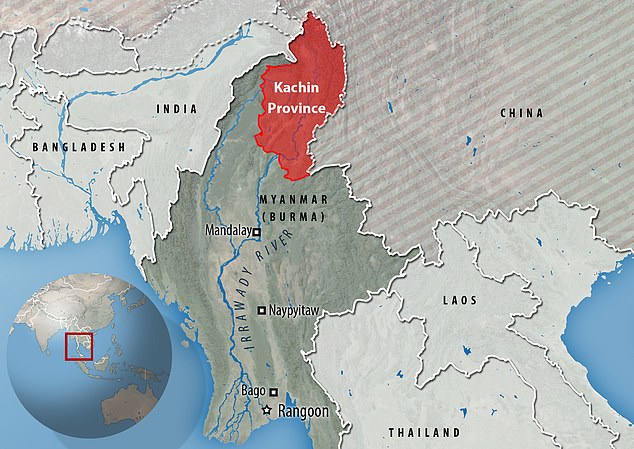 The findings suggest that parasites of feathers evolved during or before the mid-Cretaceous period and around the same time as birds evolved from feathered dinosaurs.

Because of gaps in the Mesozoic fossil record, the origins and evolution of feather-feeding behaviour of insects has remained unclear, despite the prevalence of feathered dinosaurs during this period. 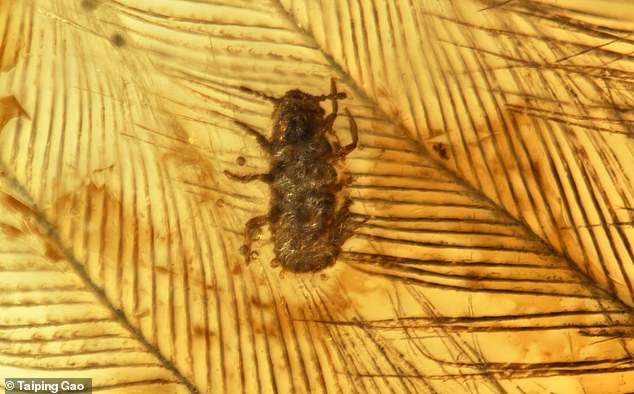 Mesophthirus engeli, which was preserved crawling on the dinosaur feathers, are the size of a seasame seed but packed sharp teeth 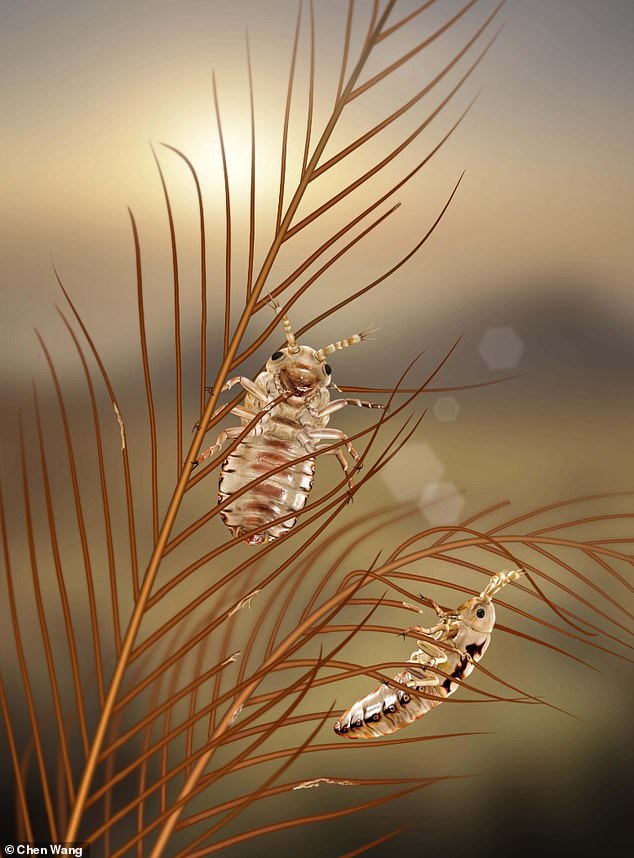 ‘Due to a lack of Mesozoic fossil records, the origins and early evolution of feather-feeding behaviours by insects are obscure,’ he said.

‘The new findings suggest that parasites of feathers evolved during or before the mid-Cretaceous and around the same time as the diversification of birds and feathered dinosaurs.

The researchers — who are from Capital Normal University in Beijing, China and the National Museum of Natural History at the Smithsonian Institution in America — published their study in Nature Communications.