Scientists believe their grounbreaking discovery points to several briny ponds under the ice covering Mars’ south polar region. Liquid water is a key ingredient of life as we know it and its discovery could have major implications for scientists. According to the US space agency NASA, the hunt for alien life often follows one simple principle: follow the water.

NASA said: “Liquid water is a necessity for every form of life known, with the possible exception of some plants or fungi that may get by on water vapor.

“With this in mind, scientists are eagerly searching for liquid water in places other than Earth.

“If found, these places would be the most compelling locations to seek an answer to the question of whether life exists beyond our home planet.”

On Monday, September 28, the European Space Agency (ESA) announced the potential discovery of three ponds of water up to 0.9 miles (1.5km) below the south polar region.

The findings were published this week in the journal Nature Astronomy. 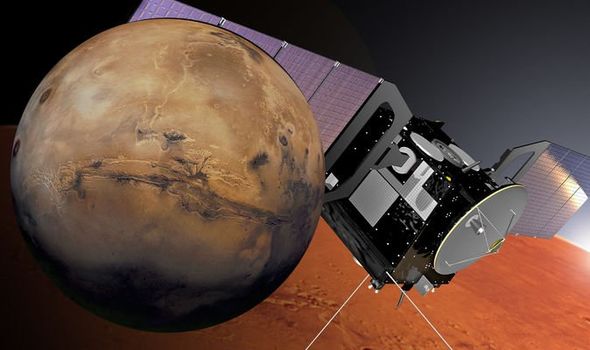 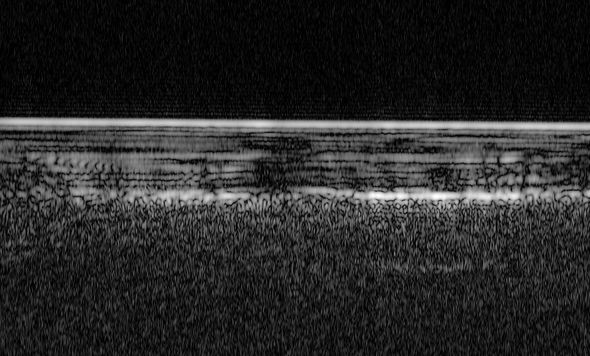 The ponds were uncovered by the Mars Express spacecraft, which may have already uncovered a similar reservoir back in 2018.

Elena Pettinelli at the University of Rome, who co-authored the study, said: “We identified the same body of water, but we also found three other bodies of water around the main one. It’s a complex system.”

The body of water is surrounded by several smaller ponds and is believed to be very salty.

A high level of salinity would allow the water to remain liquid even at very low temperatures.

Liquid water is a necessity for every form of life known

This is promising because there are places on Earth where life is known to exist in extremely salty enviroments.

In 2018, for instance, scientists said the presence of salty subglacial lakes in the Arctic could be key to finding life beyond Earth.

Unfortunately, there is also the possibility these Martian ponds are too salty for life to thrive.

But if that is the case, they may still contain trace evidence of life from a time when Mars resembled a young Earth, with a hot and humid climate and running surface water. 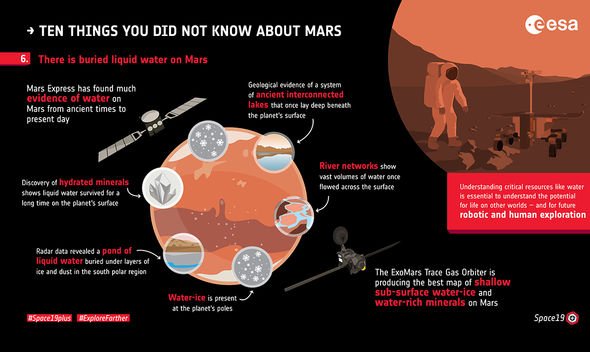 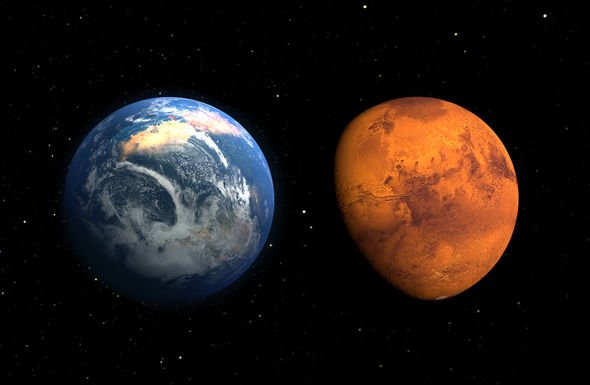 John Priscu, an environemtal scientist at Montana State University, said: “There’s not much active life in these briny pools in Antarctica.

“They’re just pickled. And that might be the case [on Mars].”

The scientists have since expanded the scope of their study, taking into account 134 scans made between 2012 and 2019.

The scans were made using the Mars Advanced Radar for Subsurface and Ionosphere Sounding (MARSIS) probe.

The probe sent out radio waves that bounced off the planet’s various layers.

Depending on how the waves bounced back, the scientists could identify different materials such as rock, ice and water.

The scientists found a number of highly reflective layers, which they believe is water trapped underground.

But this interpretation has been challenged by some scientists who are not convinced briny water can survive that deep below the surface.

Jack Holt, a planetarty scientist at the University of Arizona, said: “I do not think there are lakes. There is not enought heat flow to support a brin here, even under the ice cap.”

And Mike Sori, a planetary geophysicist at from Purdue University, said: “If the bright material really is liquid water, I think it’s more likely to represent some sort of slush or sludge.”