Home » Science » Lightning news: The incredible thing lightning will do if it strikes sand on a beach 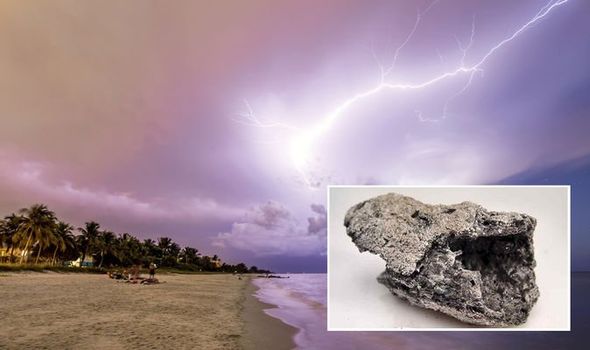 Sweet Home Alabama had us all believing that when lightning hits the ground, it can create beautiful, intricate glass sculptures. And while the phenomenon is rare, this can actually happen – although not quite in the way depicted in the film. When a lightning bolt hits the ground, it’s hotter than the Sun. But how does this strike turn sand into glass? Express.co.uk has all the answers.

What happens when lightning strikes sand?

Lightning can go beyond 1,800C and melt and fuse sand, silica and even some soils.

When this happens, an incredible feature will appear beneath the ground – it creates glass.

Lightning, which temperatures are very high, fuses the sand into silica glass beneath the ground when it goes beyond 1,800C.

The blast of a billion Joules radiates through the ground making fulgurite – hollow, glass-lined tubes with a sandy outside, called petrified lightning.

That means you can actually dig up petrified lightning beneath the ground.

Petrified lightning – also called fulgurite – is a veiny, organic looking artefact made of sand that’s been superheated and then quickly cooled.

Carl Ege from the Utah Geological Survey said: “All lightning strikes that hit the ground are capable of forming fulgurites. 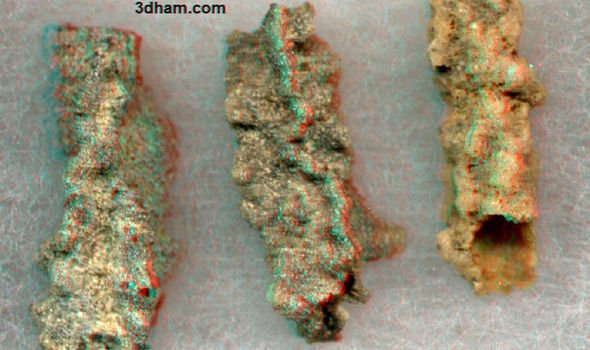 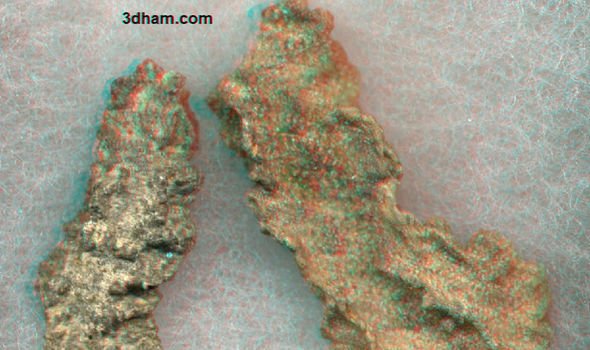 “Fulgurites have been found worldwide, but are relatively rare.

“Two types of fulgurites have been recognized: sand and rock fulgurites.

“Sand fulgurites are the most common and are generally found in beach or desert regions containing clean (free of fine-grained silt or clay), dry sand.

“They resemble roots or branching tube-like structures that have a rough surface, covered with partially melted sand grains.” 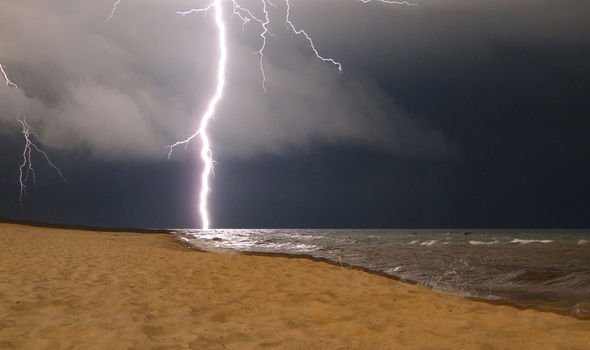 The size and length of a fulgurite depends on the strength of the lightning strike and the thickness of the sand bed.

The average of a sand fulgurites is one or two inches in diameter but can be up to 30 inches long.

One of the longest fulgurites to have been found in modern times was more than 16ft in length and was found in northern Florida.

Despite examples of this natural phenomenon being found all over the world, they are relatively rare.