Solar winds are a stream of particles which are released from the Sun, hitting Earth and anything else in its path. Occasionally, Earth is in the firing line, which is how northern and southern lights are produced. However, researchers have now revealed the cosmic music the Earth produces when it is bombarded by solar winds.

The ESA’s Cluster mission – made up of four spacecrafts which orbit Earth in formation to study the planet’s magnetic activity – recorded the spooky sounds.

The resulting audio of a metallic, high-pitched twang is stunning.

A statement from the ESA said: “When the frequencies of these magnetic waves are transformed into audible signals, they give rise to an uncanny song that might recall more the sound effects of a science fiction movie than a natural phenomenon.

“In quiet times, when no solar storm is striking the Earth, the song is lower in pitch and less complex, with one single frequency dominating the oscillation. 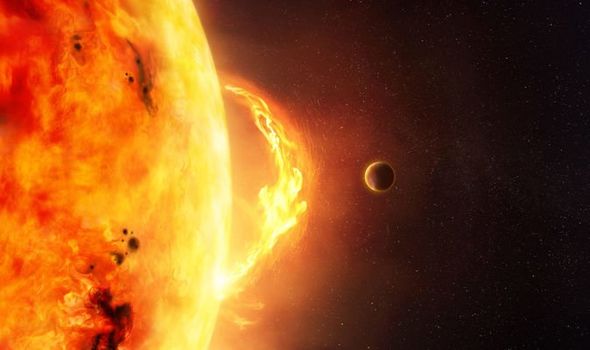 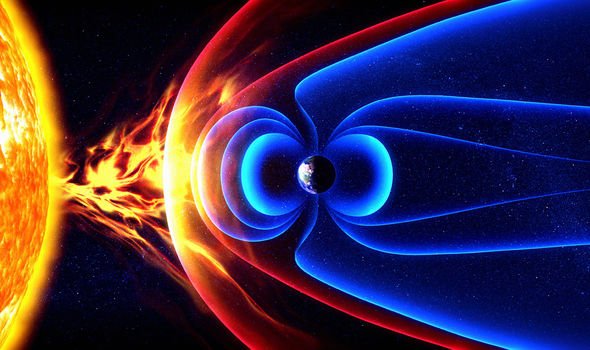 Philippe Escoubet, ESA Project Scientist for Cluster, said: “This is an excellent example of how Cluster continues to extend our knowledge of the Sun-Earth connection, even years after the original data was obtained.

“The results take us deeper into the details of fundamental magnetic interactions that take place across the Universe.” 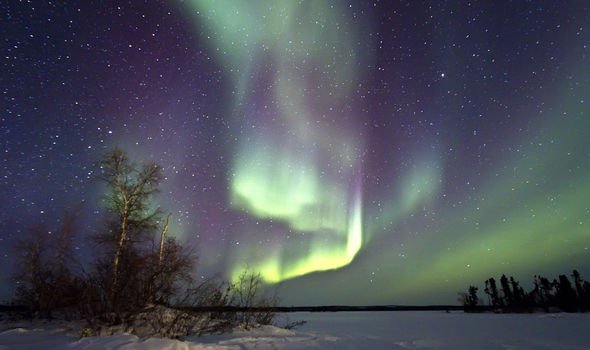 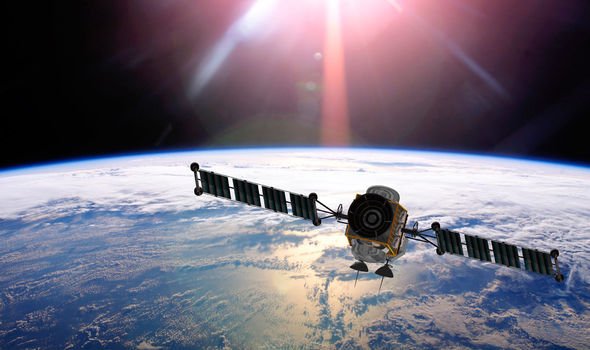 Additionally, a surge of particles can lead to high currents in the magnetosphere, which can lead to higher than normal electricity in power lines, resulting in electrical transformers and power stations blow outs and a loss of power.

The Met Office has previously warned we will face a monumental solar storm in the future, which could knock out Britain’s technology and cost the UK almost £16billion in damages. 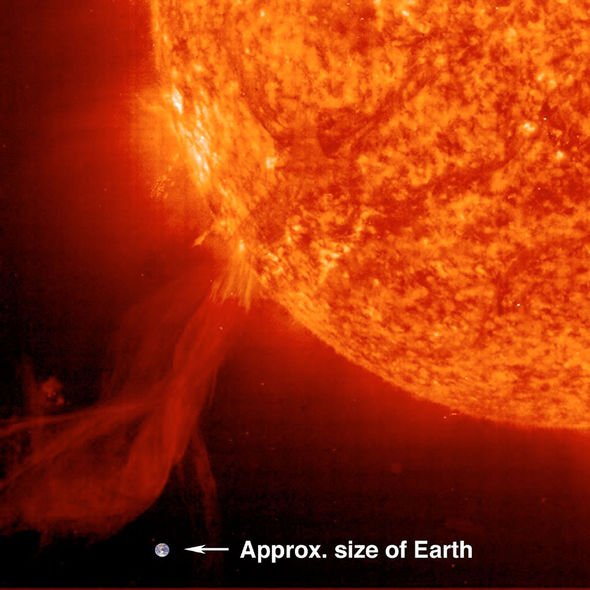 The country could be plunged into a blackout because it is not prepared enough for powerful solar storms, the Met Office told ministers.

A researcher from the Met Office said: “We find that for a one-in-100-year event, with no space weather forecasting capability, the gross domestic product loss to the United Kingdom could be as high as £15.9bn.

“With existing satellites nearing the end of their life, forecasting capability will decrease in coming years, so if no further investment takes place, critical infrastructure will become more vulnerable to space weather.”