Spirit was one of two sister robots active on the Red Planet from 2004 to 2010, the second being Opportunity. It covered almost five miles of Mars in the six years it was active and pinged back valuable scientific data and photos to NASA. In late 2009, Spirit became stuck in a sand trap at an angle that hampered the recharging of its batteries.

However, the rover was still able to capture one more photograph, Brian Cox revealed during the BBC’s “Wonders of the Solar System” series.

Dr Cox took viewers through the Solar System to show the importance of the Sun to each planet.

He said in 2010: “Seen from out here, 13 billion kilometres away from Earth, the Sun is just another star.

“Uranus is 10 billion kilometres in, but even so, sunlight is barely perceptible. 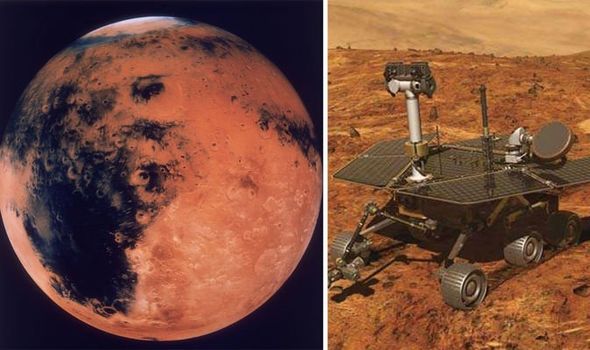 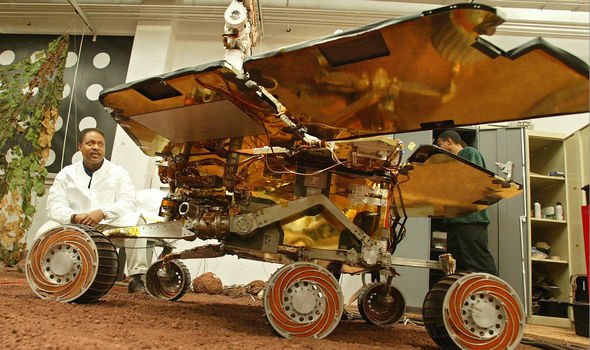 This is sunset on Mars

“The Sun hangs in the sky 300 times smaller than it appears on Earth.

“Further in, we come to Saturn, its spectacular rings reflect the Sun’s rings onto its dark side.

“This planet is bathed not just in sunshine, but in wind shine.”

However, Dr Cox then showed an awe-inspiring image of the Sun setting on the Red Planet.

He added: “230 million kilometres out, we arrive at the first world with a more familiar view. 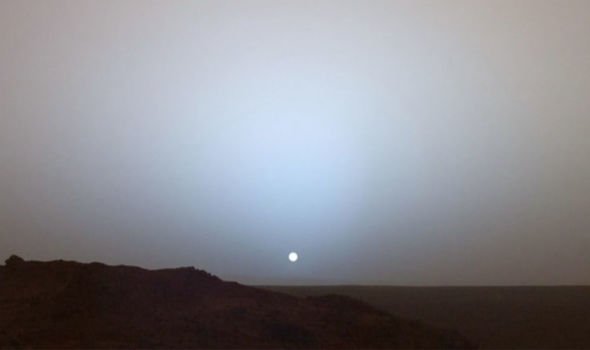 “This is sunset on Mars, as seen by the robotic rover Spirit.

“Past Earth, 150 million kilometres out, we continue to head to the heart of the Solar System.

“Mercury is the closest planet, just 46 million kilometres out.

“It spins so slowly, sunrise to sunset lasts for 176 Earth days.”

It is far from the last amazing snap captured by the space agency, though. 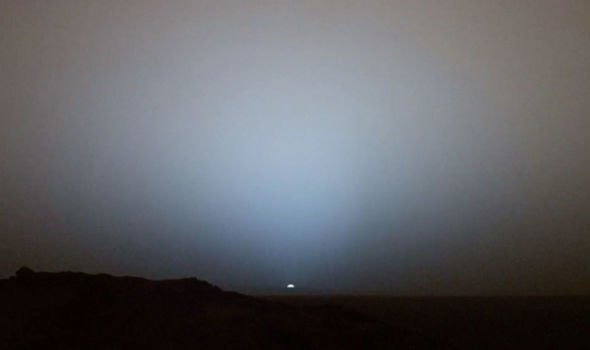 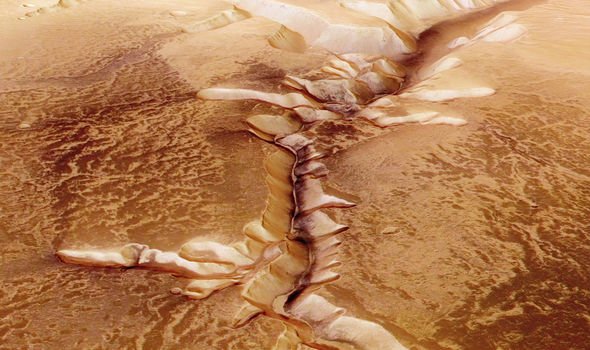 Dr Cox revealed during the same series how they captured an amazing surprise photo of Pluto.

“During that, only one hemisphere was visible, leaving the other side a mystery.

“As New Horizons turned its cameras back for one last look.

“It captured an image of Pluto’s atmosphere, glowing in the dark.

“A thin, blue sky over a hidden ocean of water, 4.8 billion kilometres from Earth.”

New Horizons discovered the atmosphere of Pluto consists of mainly nitrogen and minor traces of methane and carbon dioxide, all of which are vaporised from the ice on Pluto’s surface.

It contains layered haze, probably consisting of heavier compounds which form from these gases due to high-energy radiation.

The probe also measured the surface pressure and found it to be roughly 10,000 times less than Earth’s atmospheric pressure.

The temperature on the surface can reach -230C, but it quickly grows with altitude due to the methane-generated greenhouse effect.