Asteroid: Animation shows how dinosaurs were ‘wiped out’

Mass extinctions are a worryingly frequent event on Earth, with five major catastrophes striking in the last 500 million years alone. The Cretaceous–Paleogene extinction 66 million years ago is perhaps the most famous of these events as it put an abrupt end to the reign of the dinosaurs. The extinction was caused by a six-mile-wide asteroid striking in the modern-day Gulf of Mexico, killing about 70percent of all life on land and in the seas.

But smaller extinction events that only affect life on the land or in the seas appear to be much more frequent.

In the last 300 million years, there have been at least 10 distinct extinctions of land-dwelling animals – birds, mammals, reptiles and amphibians.

A study published this month in the journal Historical Biology has now proposed these mass extinctions follow a cycle of about 27 million years.

Similarly, past studies of marine extinctions have found life in the seas appears to die off every 26 million years or so.

These extinctions coincide with large asteroid impacts and increased volcanism but, surprisingly, they might not be random at all. 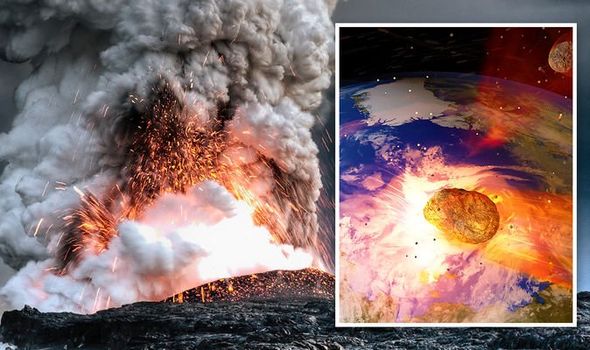 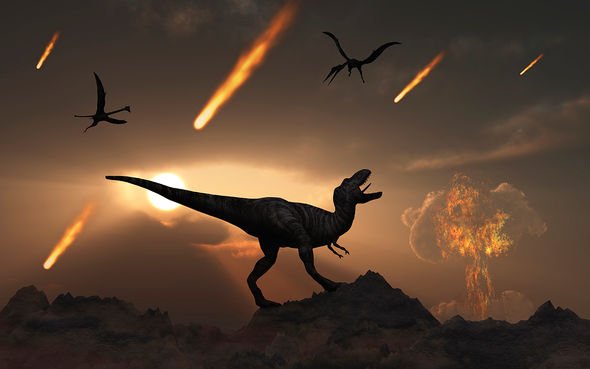 According to the researchers, one of the culprits behind the extinctions could be our home galaxy, the Milky Way.

Michael Rampino, a professor in the Department of Biology at New York University and the study’s lead author, said: “It seems that large-body impacts and the pulses of internal Earth activity that create flood-basalt volcanism may be marching to the same 27-million-year drumbeat as the extinctions, perhaps paced by our orbit in the galaxy.”

In their study, the researchers claim there is a “statistically significant” pattern to these events of about 27.5 million years.

This pattern might coincide with the solar system’s journey through the Milky Way galaxy.

Earth is in the 'sixth great extinction event' claims scientist

Roughly every 30 million years, the Sun, the Earth and all of our cosmic neighbours travel through the Milky Way’s dense mid-plane.

And every 26 to 30 million years, scientists speculate periodic comet showers plough through the Solar System.

Scientists have proposed these comet showers could be a source of cataclysmic impacts on Earth.

Such impacts could be responsible for killing off land and marine life by blotting out the skies, warming or cooling the climate, destroying the planet’s ozone or acidifying rain. 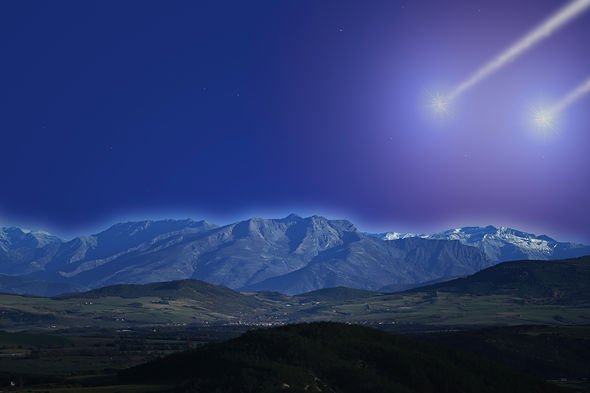 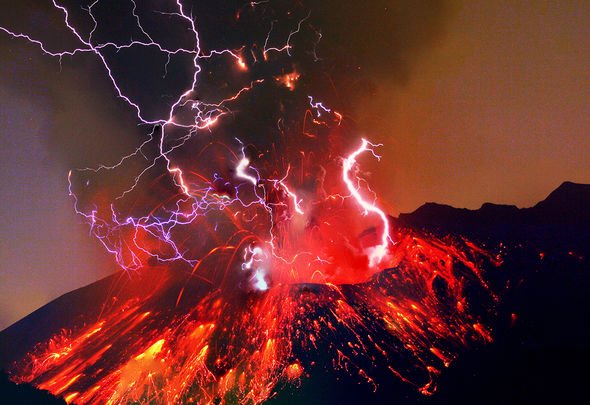 Professor Rampino said: “These new findings of coinciding, sudden mass extinctions on land and in the oceans, and of the common 26 to 27-million-year cycle, lend credence to the idea of periodic global catastrophic events as the triggers for the extinctions.

“In fact, three of the mass annihilations of species on land and in the sea are already known to have occurred at the same times as the three largest impacts of the last 250 million years, each capable of causing a global disaster and resulting mass extinctions.”

But asteroids and comets are not the only suspects under investigation – large-scale volcanic eruptions may also be to blame.

According to the researchers, eight of the coinciding extinctions they studied matched so-called flood-basalt eruptions.

Flood-basalt eruptions are the biggest eruptions of lava on Earth, with some spewing upwards of 70,629,000,000,000 cubic ft of molten rock.

According to the Geological Society of London, these eruptions could release enough sulphuric aerosols to cool the climate or induce global warming from carbon dioxide and sulphur dioxide in the atmosphere.

The conditions following the eruptions would have been extremely inhospitable to most forms of life.

Are we overdue another mass extinction on Earth?

The good news is we could be 20 million years out from the next extinction.

According to Professor Rampino, the most recent event was the Torton-Messin extinction of vertebrates about 7.5 million years ago.

There is also no asteroid or comet that threatens our safety now or in the next 100 years.

The US space agency NASA tweeted earlier this year: “Yes, asteroids safely pass by Earth all the time, and there is no known asteroid impact threat for the next 100 years.

“Regardless, stories sometimes surface with alarming headlines surrounding particular asteroids, so we like to reassure everyone when we see such conversations.”

One of the biggest mass extinction is the so-called Great Dying, which wiped out 70 percent of land-dwelling life some 250 years ago.

And the Great Oxygenation Event, which occurred about 2.45 billion years ago, is believed to be the planet’s first mass extinction.

The Great Oxygenation Event saw a steep rise in oxygen in the planet’s shallow oceans and atmosphere, which lead to many existing species to die out.