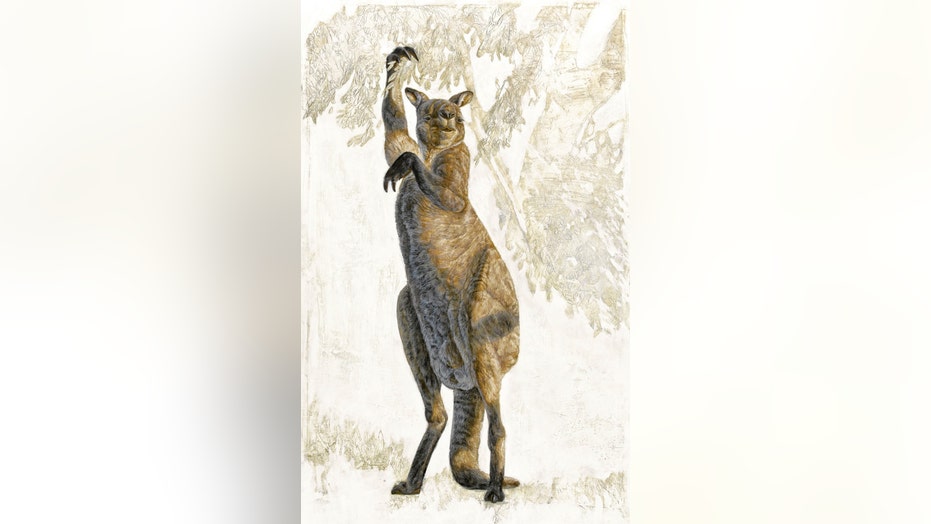 Nearly 42,000 years ago, massive animals such as 6-foot-tall birds, 23-foot long lizards and wombat-like creatures the size of a Buick could be seen roaming the countryside. But a new study has found that these megafaunas became extinct because of human intervention and climate change.

The researchers, led by Dr. Frederik Saltre of Flinders University, used a variety of techniques to find human migration patterns in Australia.

“We developed a complex mathematical technique to solve the problems of averaging timelines over landscapes,” he told Fox News. “Our approach extends the information provided by radiocarbon-dated fossils from the extinct species themselves, and archaeological evidence from early Aboriginal people, [and] this way we can create unbiased maps of both the timings of megafauna extinctions and human arrival across the landscape.” 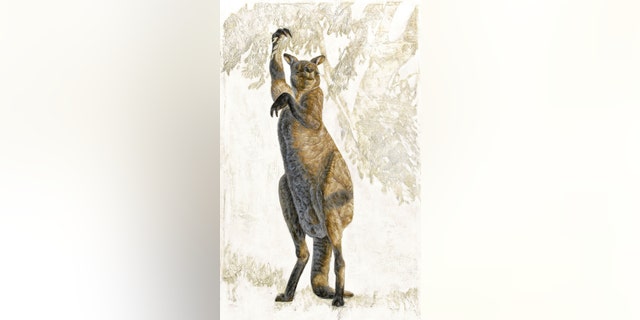 The Pleistocene kangaroo Procoptodon goliah the most extreme of the short-faced kangaroos, was the largest and most heavily built kangaroo known. It had an unusually short, flat face and forwardly directed eyes, with a single large toe on each foot (reduced from the more normal count of four). Each hand had two long, clawed fingers that would have been used to bring leafy branches within reach. (Credit: Centre of Excellence for Australia Biodiversity and Heritage.)

Based on these new maps, the team of researchers was able to estimate the regions where humans and megafauna coexisted (for example, New South Wales and north of South Australia), and where they did not (south of Victoria, Tasmania, etc.).

“We then used sophisticated spatial computer models to analyze what conditions – changing temperature, precipitation, freshwater availability, proportion of desert, plant coverage, and the arrival of people – best explained the timing of megafauna extinctions across the landscape,” Saltre added.

With most of Australia being arid, freshwater was a high priority for megafauna and humans, with its availability being one of the main reasons for people’s migration patterns. Humans and megafauna would inevitably interact at watering holes, leaving the giant animals vulnerable to hunting, further dwindling their numbers. 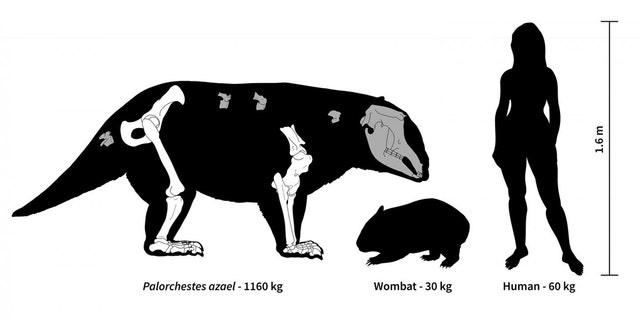 (Credit: Centre of Excellence for Australia Biodiversity and Heritage.)

In other areas where humans weren’t around to hunt the creatures or use up their resources, the megafauna eventually succumbed to the increasingly dry climate, which killed off the vegetation. According to Saltre, unlike today, these ancient humans did not have an impact on the big dry-out.

“In regions like Tasmania and south of South Australia and Victoria, humans never coexisted with megafauna because they migrated across these areas after the megafauna had already gone extinct,” he explained. “This rules humans out as the likely driver of megafauna extinction in those regions only, but a closer look at climate change during this extinction event in these areas showed that megafauna species might have suffered from a lack of food availability in the form of plants — most of the species that went extinct were plant-eaters.”

So why was the role of humans in the demise of the Australian megafauna so heavily debated over the years? According to Saltre, up until now, the main ways researchers looked into the causes of megafauna extinction were to build timelines of major events: when the species went extinct; when people arrived; and when the climate changed.

However, because there are so few fossilized animal specimens in Australia due to the continent’s harsh conditions, reliable data is scarce. Some studies have been restricted to making conclusions at the scale of single paleontological sites, or of specific archaeological sites, while other studies have taken the opposite approach by including evidence from across the entire continent.

“Unfortunately, this ‘lumping’ of the available evidence across many different sites ignores the fact that different conditions might be causing extinctions in different combinations depending on where you are in the landscape,” Saltre said. 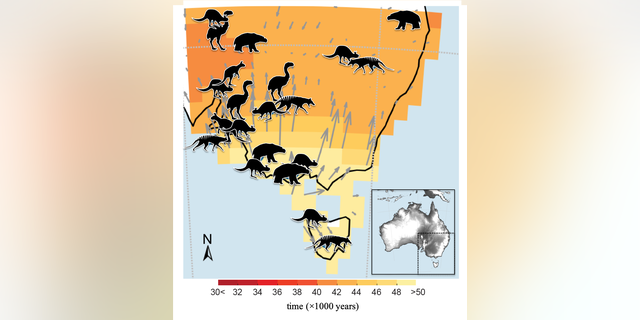 (Credit: Centre of Excellence for Australia Biodiversity and Heritage)

The study can be found in Nature Communications.