Elon Musk’s firm SpaceX has rolled out its new Starship rocket to its launch pad, only five days after its predecessor exploded.

Images have emerged showing SN11, the latest Starship prototype, being lifted onto the launch pad by a big crane at the firm’s site at Boca Chica, Texas on Monday.

SN11 will blast off in the coming days, at which point it will lift to an unknown altitude and hopefully land without exploding into a fireball like its predecessor SN10. 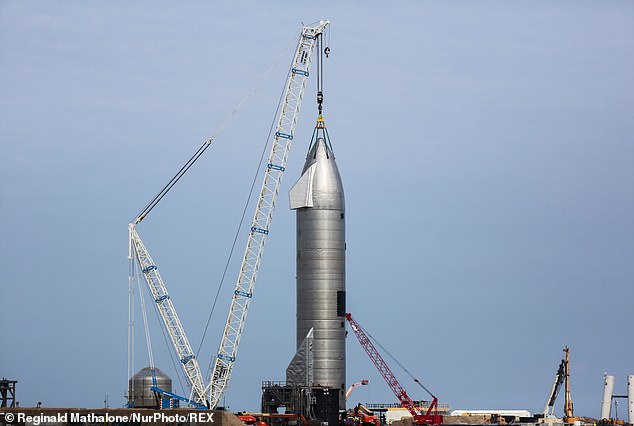 SpaceX’s new Starship SN11 still attached to the crane after being moved to the launch pad for testing in Boca Chica, Texas on the afternoon of Monday, March 8, 2021 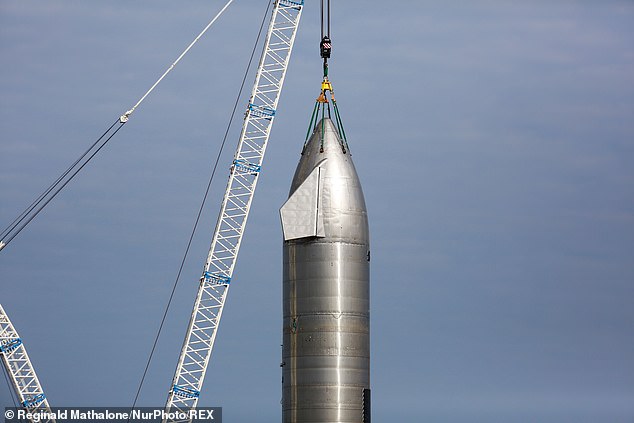 SpaceX is planning to send humans to Mars using a two-stage spacecraft composed of Starship (the passenger-carrying section) and the Super Heavy rocket booster – but it’s testing a long series of prototypes first. Pictured, SN11 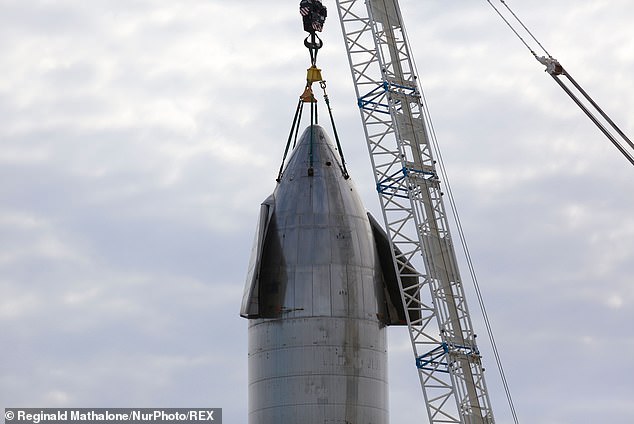 SpaceX’S new Starship SN11 is due to blast off in the coming days, at which point it will lift to an unknown altitude and hopefully land without exploding

SpaceX is planning to send humans to Mars using a two-stage spacecraft composed of Starship (the passenger-carrying section) and the Super Heavy rocket booster.

However, the firm has some work to do to finish the construction of the $216 million Starship, previously known as ‘BFR’, at SpaceX’s Texas development site. 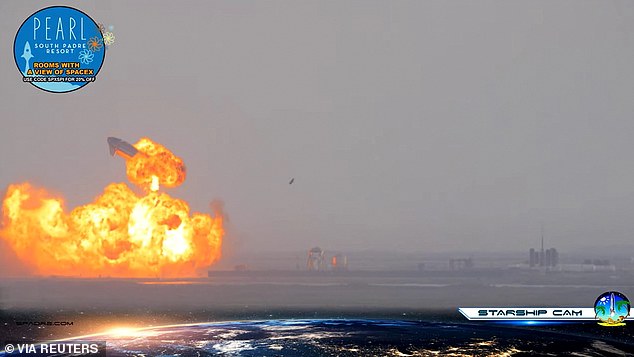 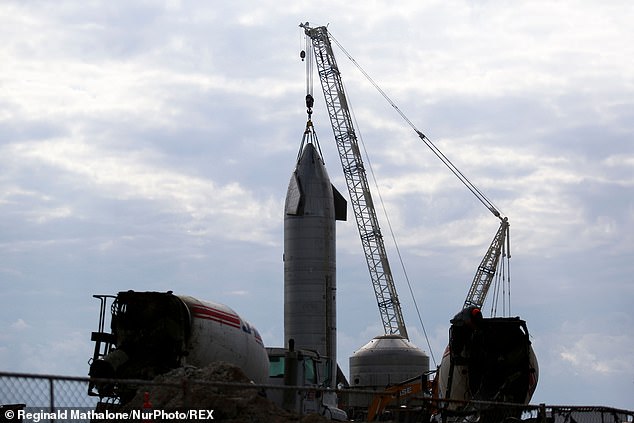 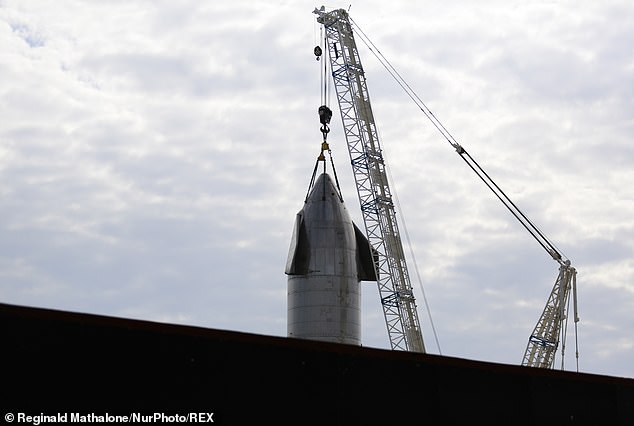 SN11 (pictured) has a very similar design to SN10, which exploded shortly after landing last week 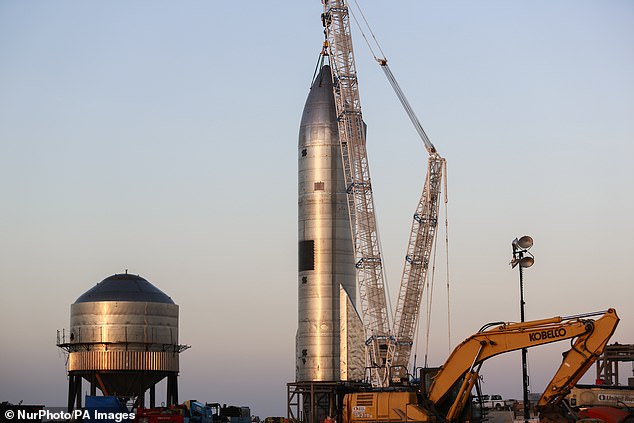 Starship SN11 is seen at sunrise on March 9 at SpaceX’s launch site in Boca Chica, Texas with a Kobelco crane 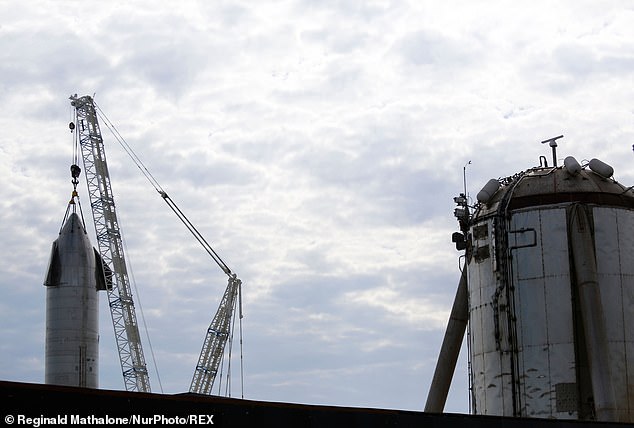 Right, a very early prototype known as Starhopper, which has been turned into a communication tower, with SN11 left 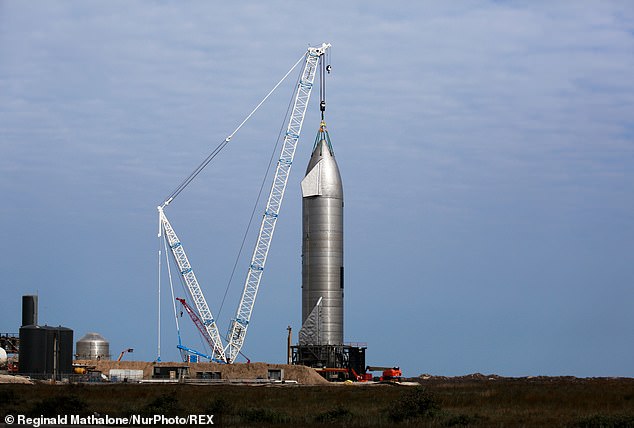 Starship is designed to be a long-duration cargo and, eventually, a passenger-carrying spacecraft in SpaceX’s proposed mission to Mars. Pictured, SN11

During what was its first high altitude test flight, SN10 soared six miles into the air, hitting its altitude mark in the process.

SN10 flew, flipped and landed without crashing and burning like the previous prototypes SN8 and SN9.

SpaceX CEO Elon Musk praised the rocket when it touched down ‘in one piece,’ but returned to Twitter after it exploded about 10 minutes later saying, ‘RIP SN10, honorable discharge’.

Some sources speculate the landing legs attached to the base of SN10 did not deploy, which sent the rocket toppling over, and crushed pipes holding methane.

This resulted in an impressive orange fireball that sent SN10 soaring into the air once more as if it were a mere cylinder of paper. 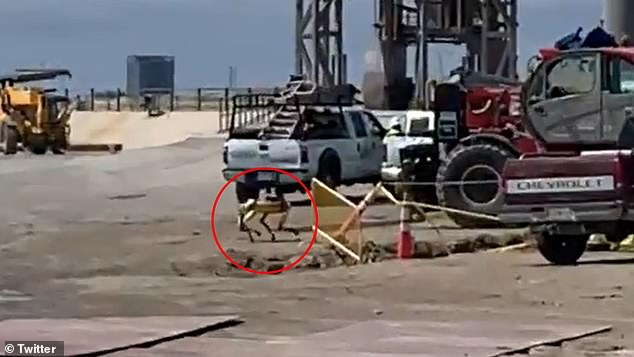 The robot, which is suited for indoor or outdoor use, can map its environment, sense and avoid obstacles, climb stairs and open doors.

It can be charged with sniffing out hydrocarbon leaks, inspecting equipment, taking mechanical readings and completing inspections in areas that might be too dangerous for human workers.

It’s possible that the robot dog, which is equipped with cameras and sensors, is being used to explore environments that no human SpaceX worker can withstand.

The BFR (Big F***ing Rocket), now known as Starship, will complete all missions and is smaller than the ones Musk announced in 2016.

The SpaceX CEO said the rocket would take its first trip to the red planet in 2022, carrying only cargo, followed by a manned mission in 2024 and claimed other SpaceX’s products would be ‘cannibalised’ to pay for it.

The rocket would be partially reusable and capable of flight directly from Earth to Mars.