Back from the brink of extinction: Mexican gray wolf which almost died out in the 1970s grew by 24 percent in 2019 with a total of 42 packs now living in Arizona and New Mexico

After reaching a point of near extinction, Mexican gray wolf populations in the US have begun to rebound, growing 24 percent in 2019.

According to new census information from the US Fish and Wildlife Service, the number of Mexican gray wolves in the US rose to 163 in 2019, from 131 in 2018.

The increase was attributed to 19 different packs that had successfully birthed a total of 90 pups throughout the course of the year, of which 52 survived. 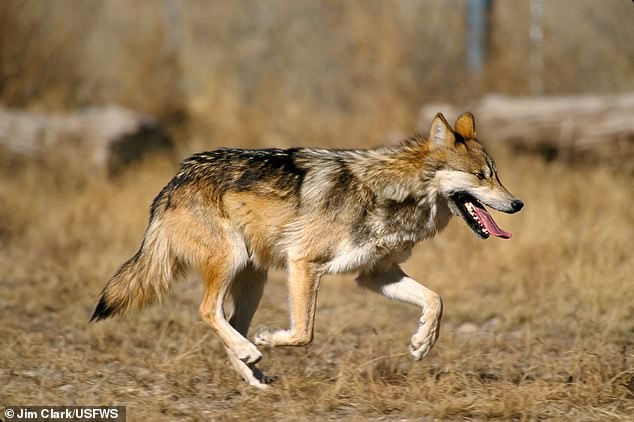 Mexican gray wolf populations grew by 24 percent in 2019, reaching a total of 161 wolves living in the wild across Arizona and New Mexico. Another 30 wolves are believed to live in the wild in Mexico

The wolves are currently limited to the American southwest, with 87 currently living in New Mexico and 76 in Arizona.

Another 30 wolves live in northern Mexico, though they were excluded from the census numbers.

‘The count shows we have more wolves, more breeding pairs and more pups born in the wild than ever before,” Amy Lueders of the U.S. Fish and Wildlife Service said in a prepared statement.

‘This is the second year we have seen a significant increase in the wild population of Mexican wolves, a success that is directly tied to the science-based, on-the-ground management efforts of the Interagency Field Team.’

In total there are now 42 packs of Mexican gray wolves in the country, 11 more than the year previous, and 10 lone wolves that don’t appear to be part of any pack.

A wolf pack is defined as two or more wolves that monitor and maintain a set territory for themselves.

‘This increase represents countless moments of wolf vigilance and smarts in avoiding people, which is a big part of keeping their precious pups alive,’ Michael Robinson of the Center for Biological Diversity said in a prepared statement.

‘It’s heartening to have more wolves in our forests, but federal officials need to take much stronger action to establish healthy genetic diversity.’ 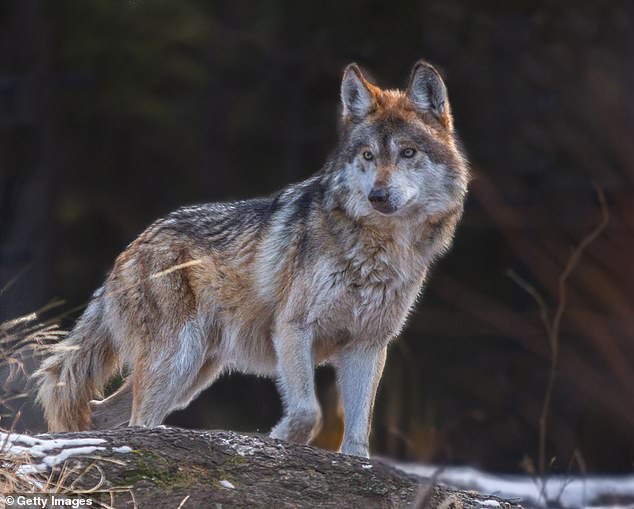 Mexican gray wolves are the rarest subspecies of gray wolf in North America, and were effectively eliminated from the wold in the 1970s, until researchers began breeding them in captivity and reintroduced them to the wild in 1998

To try and further bolster the endangered animal’s numbers, the Fish and Wildlife Service have been breeding wolves in captivity and releasing the pups into the wild in the hopes that they would be adopted by unrelated wolf packs.

Researchers hope this approach will reduce inbreeding among the small number of wolves currently living in the wild.

Doing so will increase the species’ genetic diversity and give them a better chance at longterm survival.

Researchers have pursued this strategy since 2016, releasing a total of 30 pups born in captivity into the wild, of which only seven are thought to have survived.

In 2019, 12 pups born in captivity were released into the wild, but just two appear to have survived. 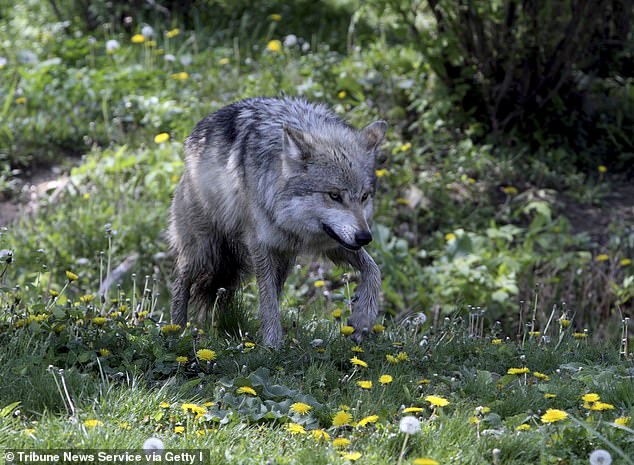 To minimize inbreeding among the still limited number of Mexican gray wolves in the wild, researchers have released wolf pups taken from their parents in captivity into the wild in the hopes that they’ll be adopted by a new pack. Of the 12 pups released in 2019, just two survived

The Mexican gray wolf is the rarest subspecies of gray wolf in North America, and had effectively been exterminated from the wild by the mid-1970s.

It was listed as an endagered species in 1973 under the Endangered Species Act, and in 1977 a joint effort a joint effort with the Mexican government to save the species began, focused on breeding the few remaining wolves in captivity.

In 1998, 11 wolves from that program were reintroduced into the wild for the first time.

For researchers, the new census numbers are a sign that the program has been making slow, but steady progress.

‘The results of this census are very important as they reflect the great progress being made in the recovery of the Mexican wolf in the United States,’ Jim deVos of the Arizona Game and Fish Department, said in a statement.

‘The increase in the Mexican wolf population is not an isolated year, but rather a continuum of increases over the last 10 years.’

WHAT ARE THE DIFFERENCES BETWEEN WOLVES AND DOGS?

According to DNA studies, the domestic dog is most closely related to the grey wolf.

The difference between a coyote and domestic dog is higher, at four per cent.

There are around 400 modern breeds of domesticated dogs.

Last year researchers scanned a series of of fossils to figure out the differences between dogs and wolves, and exactly when they arose.

They found that in the early stages of domestication, the skull changed shape – but evolution of the mandible lagged behind and did not co-evolve with the skull.

Wolves have fairly straight mandibles while dog mandibles are curved – structural features that become evident in a 3-D scan.

There is debate among researchers about when dogs became domesticated.

One theory is that dogs were domesticated when humans were hunter gatherers more than 17,000 years ago during the Paleolithic age, while others believe domestication occurred 17,000 to 7,000 years, when human first established agriculture and civilizations in the Neolithic age.