Home » Science » Mexico's former president says legalized marijuana is a paradigm shift, but greed could take the industry down a dangerous path 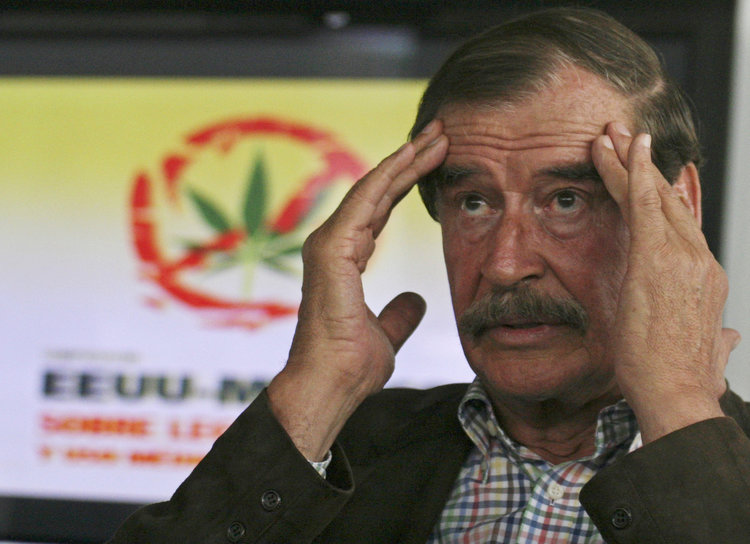 Vicente Fox speaks during a news conference on the first day of the U.S.-Mexico Symposium on Legalization and Medical Use of Cannabis in San Francisco del Rincon, Mexico. AP Photo/Mario Armas

Former Mexican President Vicente Fox says investors, entrepreneurs, and companies in the booming marijuana industry should set an example of ethical behavior — or the whole legalization project is doomed to fail.

“This is a big responsibility upon the shoulders of all of those who decide to participate,” Fox told Business Insider in a recent interview, calling marijuana legalization a “paradigmatic change.”

Fox recently joined the board of Khiron Life Sciences, a Canadian medical marijuana company with significant operations in Colombia. Fox told Business Insider he has worked on issues pertaining to marijuana legalization for over a decade since he left office through his foundation, Centro Fox.

Attorney General Jeff Sessions in January removed the Obama-era protections — known as the Cole Memo — for the marijuana industry in the US, freeing up state prosecutors to enforce federal law. James Cole, a former top Justice Department official who wrote the memo, told Business Insider in a recent interview that the Sessions-led Justice Department could crack down on marijuana businesses who are “marginally in and out of compliance with state laws,” by selling to minors or fudging their taxes.

Some form of medical marijuana is legal in 30 US states, and another nine states, including California, allow the adult use of marijuana. Canada will become the first Group of Seven country to legalize marijuana federally when the law goes into effect on October 17.

Fox predicts that Mexico will be next to legalize marijuana for adults in 2019, once the new president, Andrés Manuel López Obrador, assumes office. Legalizing marijuana could undercut cartel profits and reduce drug-related violence in Mexico, according to Fox.

The swiftly changing regulations have given rise to a brand-new legal marijuana industry, with publicly-traded companies and dedicated investment funds pursuing billion-dollar deals with established firms. Wall Street analysts predict legal marijuana will balloon to a $47 billion industry in the US alone over the next decade and may become a $200 billion industry globally, as more medical and recreational markets open up.

All eyes are on Canada to serve as an example for how other countries can move forward with developing regulations around legalized marijuana. Fox envisions a future where marijuana is included in NAFTA, like the telecom and auto industries.

“The only way this industry will be sustained is by being very serious, very professional, and very ethical,” Fox said.