Microsoft is believed to be working on a new subscription model for Windows 10 customers that will allow the company to automatically take care of any glitches.

However, users have bemoaned the updates, which have been plagued with errors.

Earlier this year, Microsoft was forced to delay its April 2018 update after beta testers unearthed a serious glitch that caused computers with Intel-branded solid state drives to crash. When the patched update rolled-out, it contained a glitch that triggered the machine to freeze when users opened up the Google Chrome browser.

To solve the problem, Microsoft is purportedly looking to launch a new feature known as Microsoft Managed Desktop.

The system will sell the Windows 10 operating system as a service, whereby users pay a monthly subscription fee to use the latest version of the software, with any glitches and bugs ironed out immediately by Microsoft.

This approach would be similar to the launch of Office 365, which replaced the one-time purchase of Microsoft Word with a rolling monthly subscription.

Microsoft is working on a paid subscription service for customers that will allow the firm to take care of any updates and glitches on Windows 10. It is believed the feature will be called Microsoft Managed Desktop and will act as a ‘desktop as a service’

According to unnamed sources speaking to ZDnet, the monthly subscription will also allow customers to lease a Windows 10 device that is set-up for them and kept up to date. This will all come at the expense of single monthly fee.

With Microsoft handling both the hardware and the software, it should be able to smooth-out some of the considerable kinks it has experienced in its updates.

Continuous updates and tweaks from Microsoft should result in smoother transitions between the feature-laden biannual updates, according to sources.

The glitches often trigger compatibility issues with other products, like webcams, printers, mice and keyboards.

By paying Microsoft to handle the entire package of software and hardware, the company believes it will be able to solve this problem for consumers.

It appears the Redmond-based firm will first roll-out Microsoft Managed Desktop to its enterprise customers, before testing it on regular consumers. 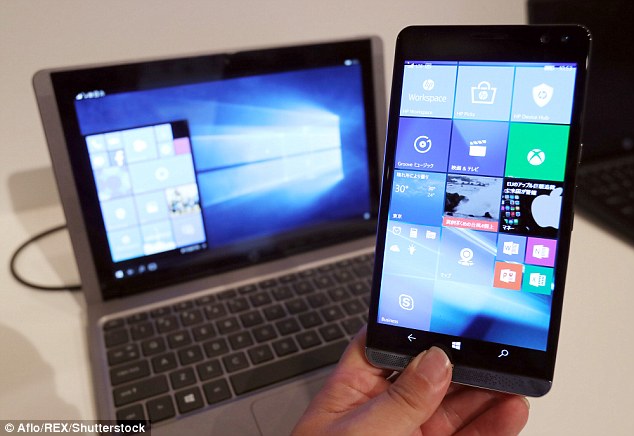 It is believed the feature will be called Microsoft Managed Desktop and will act as a ‘desktop as a service.’ This means customers will rent it by the month instead of owning it after a one-time purchase

HOW DO YOU UPDATE WINDOWS 10?

Windows 10 every so often checks for updates so you don’t have to.

When an update is available, it’s automatically downloaded and installed, keeping your device up to date with the latest features.

If Windows Update says your device is up to date, you have all the updates that are currently available.

Microsoft has so far refused to comment on the reports, however job listings posted by the company lend credence to the rumoured monthly subscription.

The company posted several new open positions that state ‘Microsoft 365 Managed Desktop (MMD) is a new, per-user subscription service that enables customers with devices that can take advantage of the latest productivity tools and technologies (Device as a Service) in a secure, monitored, and supported IT environment (IT as a Service).’

The posting goes on to state that those who are hired for this role will use their learnings to ‘influence the Go to market strategy of this new and exciting service’.