Millennials really don’t like human interaction: Study shows young adults prefer using robots at work to speak to customers, while baby boomers will just do it themselves

Millennials are used to talking to smart speakers, picking up groceries from a delivery droid and using robots to clean their floors.

It turns out this tendency to be comfortable around robots has transferred to the workplace.

A team of researchers has found that millennials are more likely to use robots as a means of avoiding human interaction at work. 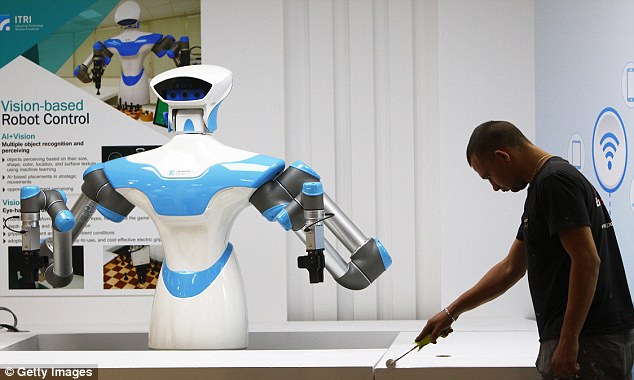 Millennials are used to talking to smart speakers and interacting with robots. Now, a new study has found this is true in the workplace, as millennials use robots to avoid human interaction

For the study, which was commissioned by content solutions company ABBYY, researchers asked 1,200 employees in the UK how they felt about human interaction.

Approximately 17 percent of 18 to 34-year-olds indicated that they ‘hate speaking to customers,’ while only 4 percent of respondents over 55 years old felt the same way.

And it seems millennials are more keen on leaving tasks that require human interaction to the robots.

About 10 percent of 18 to 34-year-olds said they’d delegate speaking to customers to robots. Only 4 percent of baby boomers would say the same.

‘As the younger generation grow alongside technology, they are becoming accustomed to menial tasks being more efficiently conducted through automation,’ ABBYY said in a statement.

‘However, the survey highlights that this is allowing them to also hand over some tasks which require their attention, such as human interaction, potentially causing a huge plug in communication.’ 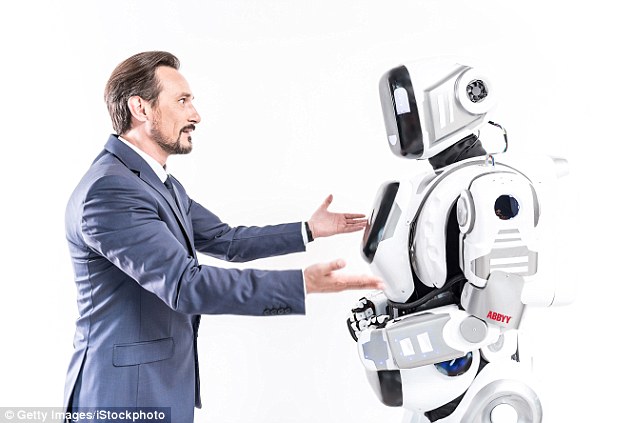 It seems millennials are more keen on leaving tasks that require human interaction to the robots. About 10 percent of 18 to 34-year-olds said they’d delegate speaking to customers to robots. Only 4 percent of baby boomers would say the same

Most millennials believe they’d do a better job than robots would with speaking to customers.

Only 5 percent of baby boomer respondents said they think robots would be better at speaking to customers.

Researchers say that millennials’ inclination to delegate people-facing tasks to robots indicates that they may lack the confidence to speak with customers.

‘In fact, the older generation show much more confidence in themselves as workers – indeed half (50%) of over 55s don’t believe a robot could do better than them at tasks, compared to only 34% of 18-34 year olds,’ ABBYY found.

Unsurprisingly, baby boomers are also much less willing to give up tasks to automation. Roughly 44 percent of over 55s said they ‘wouldn’t delegate any tasks’ to robots.

HOW WILL ROBOTS CHANGE THE WORKPLACE BY 2022?

The World Economic Forum has unveiled its latest predictions for the future of jobs.

The non-profit expects robots, AI and other forms of automation to drastically change the workplace within the next four years.

Jobs predicted to be displaced: 75 million

Jobs predicted to be created: 133 million

As a result, baby boomers end up completing some tasks in the workplace that could be done faster and more efficiently by robots, the researchers said.

The study’s findings are in line with what previous research has found regarding generational attitudes towards automation and the workplace.

A recent study by the World Economic Forum found that 80 percent of millennials believe robots will end up creating more jobs for humans, rather than destroying them.

That’s as a recent Indeed survey found that baby boomers were more at risk of losing their jobs to robots, as they’re drawn to routine-heavy or ‘automation-prone’ openings, indicating they may have more to be worried about when as it relates to increasing automation in the workplace.