Mobs of mice are attacking adult albatrosses and eating their chicks ALIVE on a remote British island in the South Atlantic, RSPB reveals

Hidden camera footage has revealed gangs of mice attacking endangered albatrosses in an attempt to eat their chicks.

Video captured by a conservation group on Gough Island in the South Atlantic shows a hungry mouse sneaking into the nest of a Tristan albatross to attack the bird.

According to the RSPB, gangs of up to nine mice can attack the albatrosses and eat their chicks alive, threatening the future of the rare and endangered bird species. 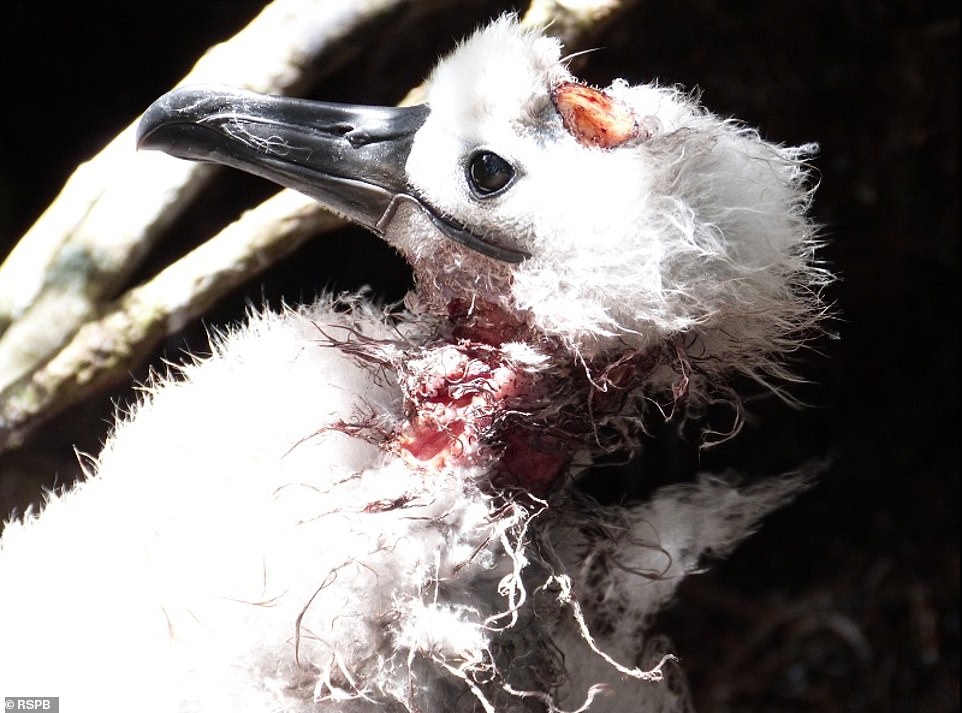 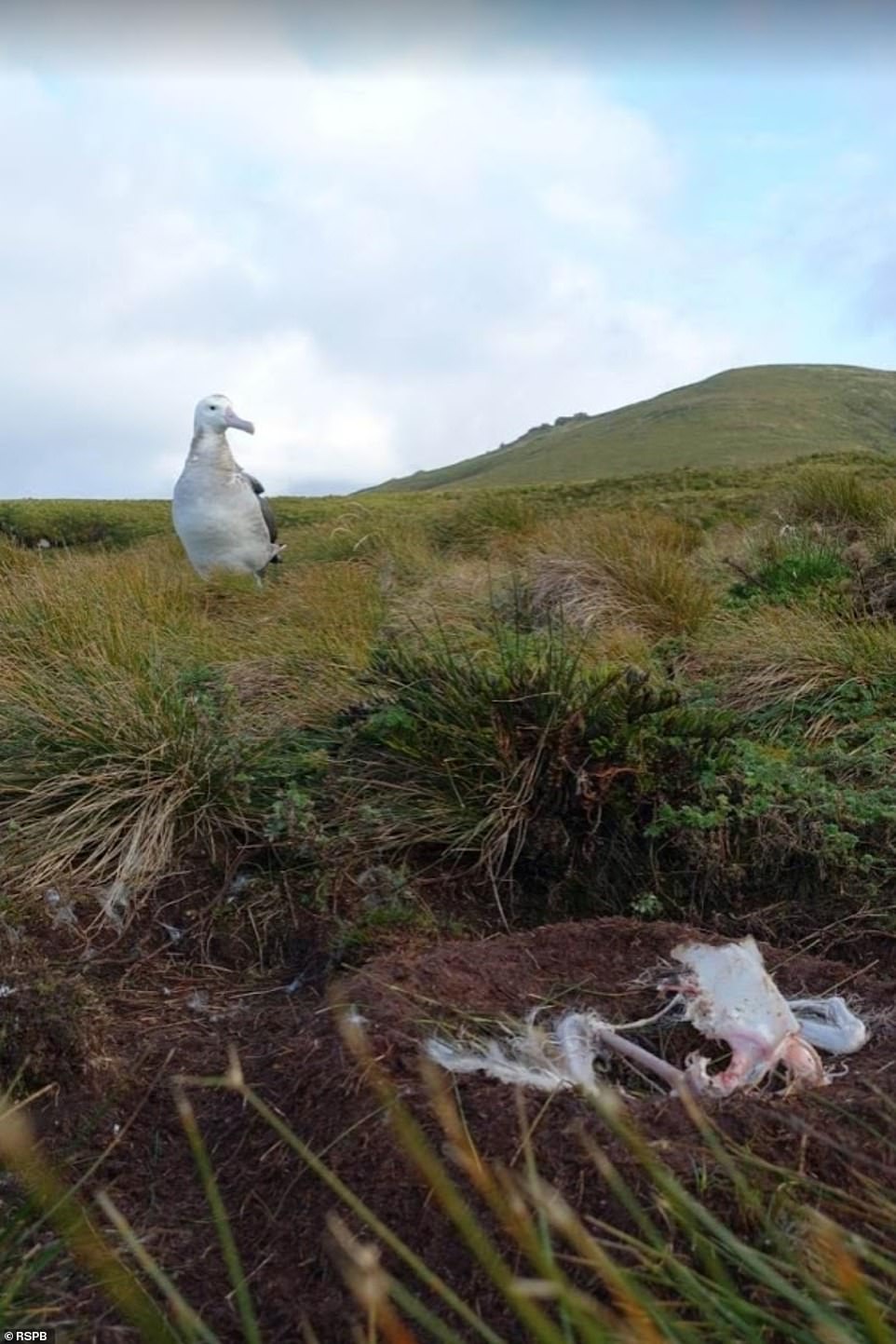 Mice were accidentally introduced to the island by sailors during the 19th century, and have since learnt to exploit the island’s once abundant birds.

A single mouse can take on chicks up to 300 times their own weight.

‘We have known for more than a decade that the mice on Gough Island attack and kill seabird chicks,’ said Chris Jones, Senior Gough Field Assistant.

Previous images from the RSPB show the injuries to the birds, including one chick with its brains exposed while still alive after a mouse attack. 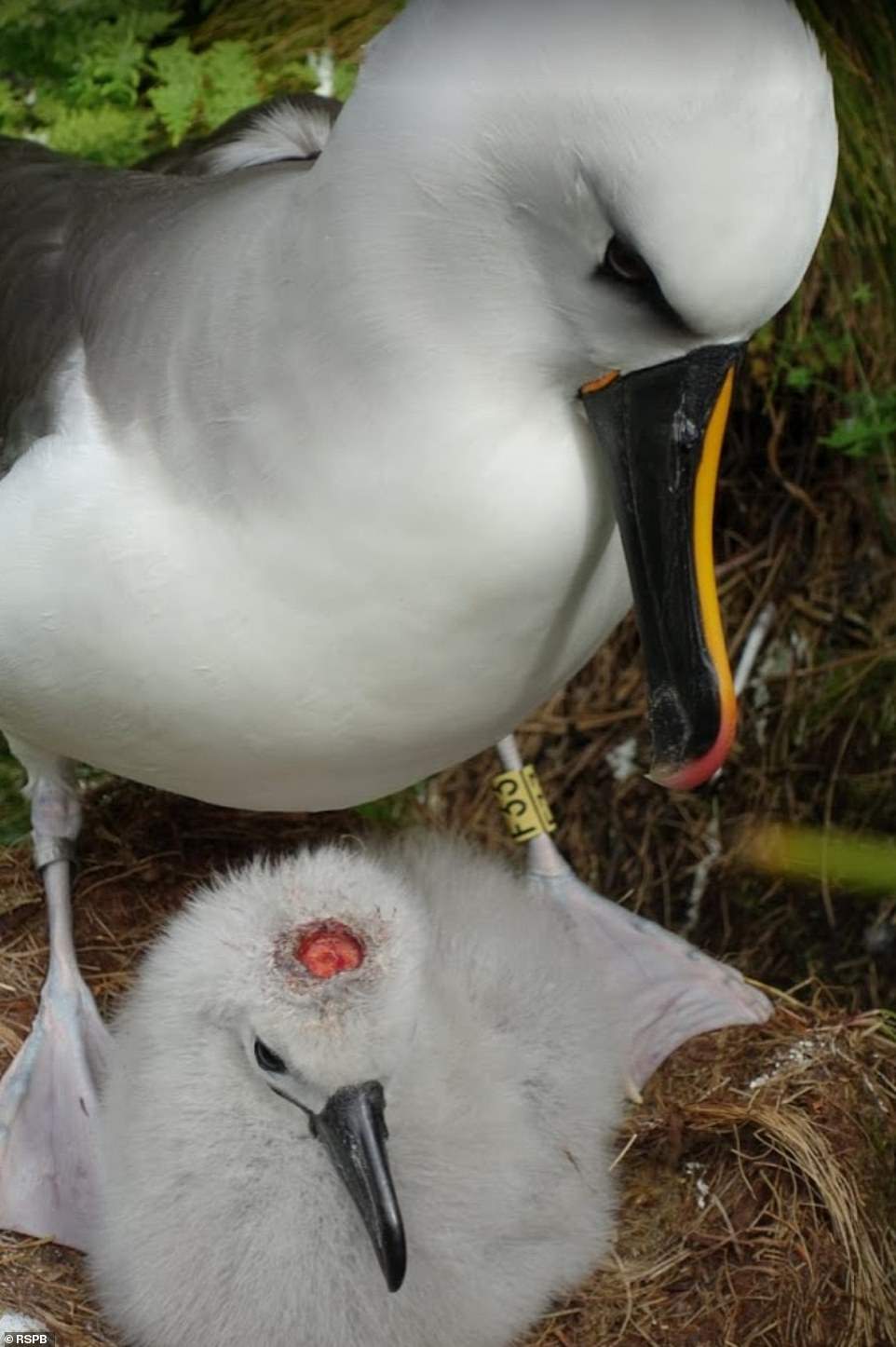 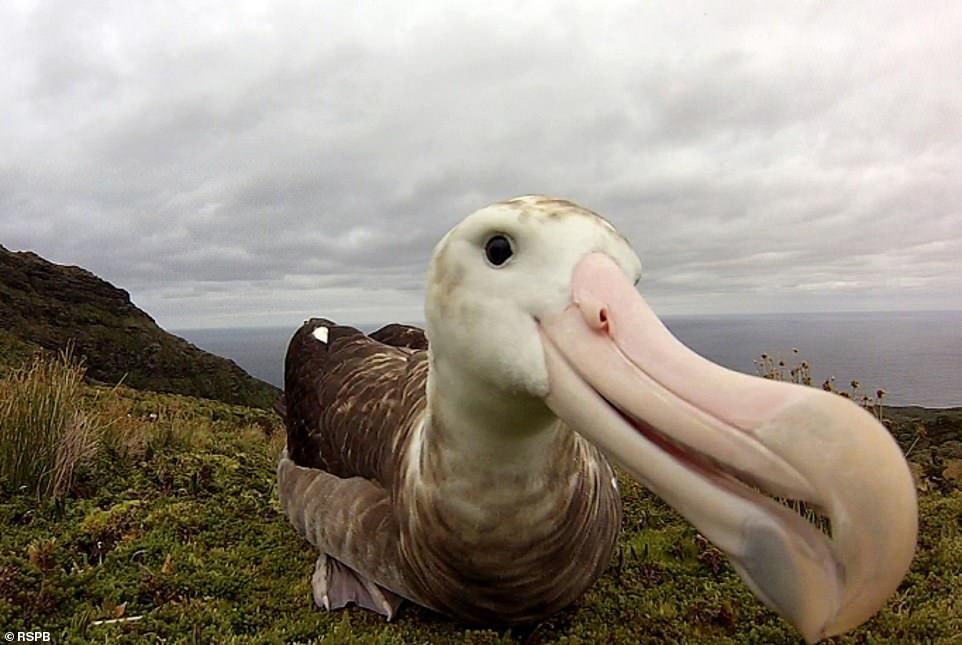 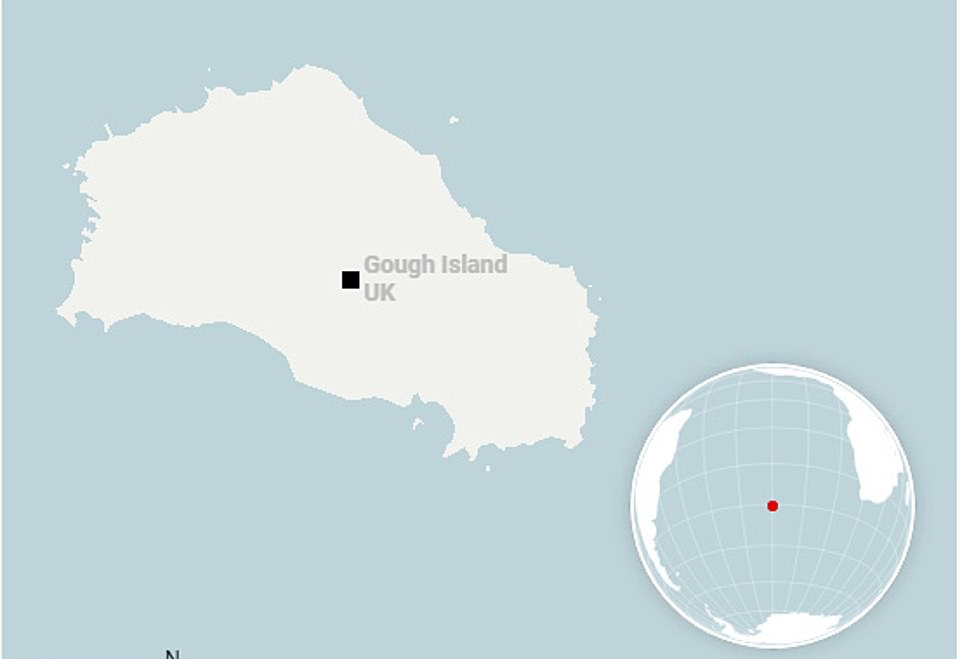 ‘While this is already of great concern, attacks on adults, which can produce dozens of chicks in their lifetime, could be devastating for the populations’ chances of survival of these long-lived seabirds,’ said Mr Jones

‘It’s a terrible development, and these gentle giants could now be lost even more rapidly than we first predicted.’

The RSPB is part of an ambitious conservation programme on the island that will cull the non-native mice, which were introduced in the 19th century by sailors. 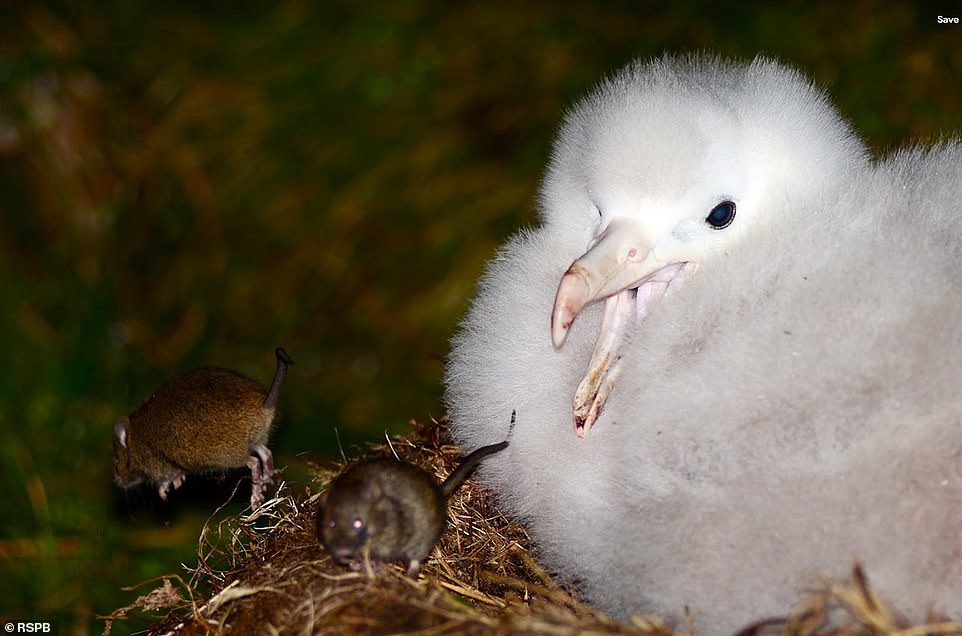 From next year, the £9 million Gough Island Restoration Programme will spread rodenticide bait across the island, eradicating the mice and allowing albatross populations to recover.

Mice are responsible for more than two million fewer seabird chicks and eggs on the island each year, and without action, the Tristan albatross is likely to become extinct.

Gough Island is a UK World Heritage Site in the South Atlantic and hosts more than ten million birds, making it one of the most important seabird colonies in the world.

Because albatrosses mate for life and produce only one egg every other year, the species is close to extinction, and just 2,000 albatross pairs now remain.

15 of the total 22 albatross species in the world are now threatened with extinction.

WHAT IS THE GOUGH ISLAND RESTORATION PROGRAMME?

The £9 million programme plans to eradicate invasive mice from Gough Island in the South Atlantic.

It aims to rescue albatross chicks and other seabirds from predation by the non-native mice.

From 2020, rodenticide bait will be spread across the island in an attempt to eradicate the mice.

However, the Animal Aid group has warned that the mice will die in ‘terrible agony’ from ingesting the poison.

The RSPB is still fundraising for the programme and requires a further £3 million.