Apollo 11: Michael Collins reveals in 2019 why he went to space

The legendary astronaut played a pivotal role in getting Neil Armstrong and Buzz Aldrin to the Moon on July 21, 1969. Dubbed “the loneliest man in the universe” Collins spent 21 hours orbiting alone in the command module while his colleagues stole the show by becoming the first two men to walk on an extraterrestrial body. Just six hours and 39 minutes after the Eagle landed at Tranquility Base, Armstrong stepped off the lunar lander and delivered his “one small step” speech before Aldrin joined him 20 minutes later.

Together, the pair buried the US flag into the surface – bringing an end to the bitter Space Race with the Soviet Union.

In 2019, Collins returned to the Kennedy Space Centre’s Launch Complex 39A – the spot Apollo 11 set off from 50 years earlier.

He told NASA TV it was a “wonderful feeling to be back”.

He added: “There’s a difference this time. I want to turn and ask Neil a question and maybe tell Buzz Aldrin something, and of course, I’m here by myself.” 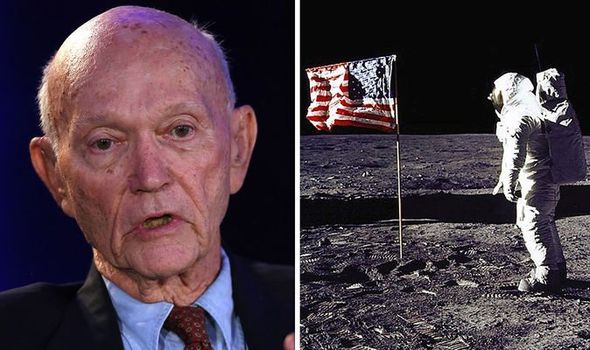 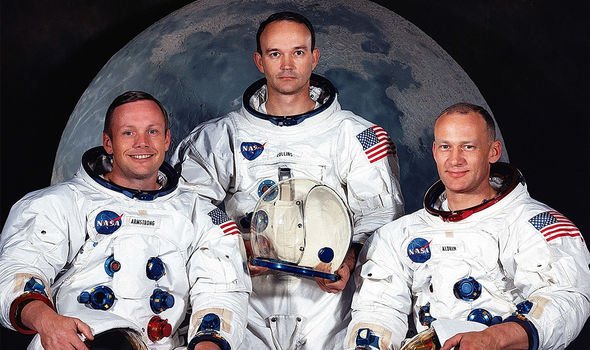 Collins marked the precise moment – 9:32am on July 16, 1969 – that the Saturn V rocket blasted off on its ambitious mission across the cosmos.

And he recalled the moment, too.

He said: “Apollo 11 was serious business. We, the crew, felt the weight of the world on our shoulders.

“We knew that everyone would be looking at us, friend or foe, and we wanted to do the best we possibly could.”

He was sat at the base of the pad alongside Robert Cabana – a former space shuttle commander – who asked the Apollo 11 legend what he thought about NASA’s next moonshot programme, Artemis. 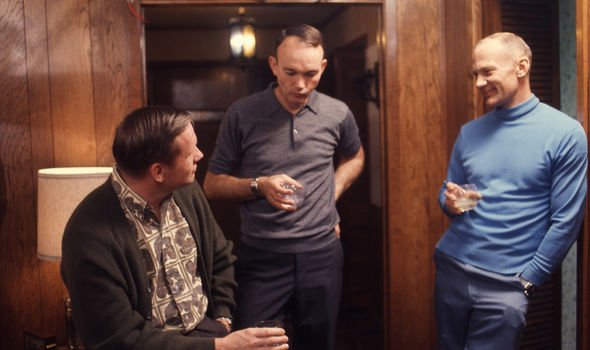 Collins said he likes the name Artemis, but he would change the mission plan if it was up to him.

He said: “I don’t want to go back to the Moon, I want to go direct to Mars. I call it the JFK Mars Express.”

But the 90-year-old pointed out that the late Armstrong was among those who believed returning to the Moon “would assist us mightily in our attempt to go to Mars”.

Washington has announced plans to return to the Moon by 2024 under its Artemis programme.

US President Joe Biden has endorsed the effort initiated under his predecessor, Donald Trump. 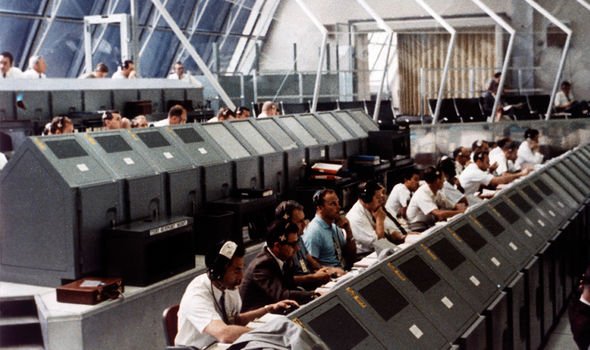 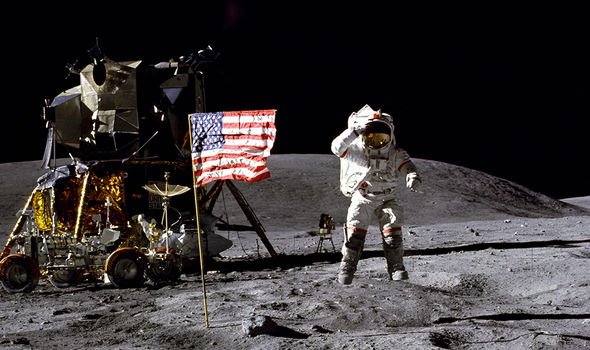 The plan would see the next man and the first woman land on the lunar surface in the next few years, setting up future missions to Mars too.

Meanwhile, NASA has successfully landed its Perseverance Rover on the Red Planet as part of the Mars 2020 mission.

The rover is scanning the barren landscape to determine whether the planet was once habitable in what is a key step in understanding if it could support human life in the future.

No proof of past or present life as we know it has been found yet, but evidence has shown during the ancient Noachian period the surface environment of Mars had liquid water and may have been habitable for microorganisms.