This week, NASA  is marking 50 years since it sent the first men to land on the Moon – with the astronauts touching down on July 20. Celebrations from the space agency are ongoing, but last nights event was more noticeable for who was not present. Dr Edwin ‘Buzz’ Aldrin, 89, was part of the historic mission alongside Neil Armstrong, who died in 2012, and Michael Collins, 88. Despite Dr Aldrin becoming one of the first two men to step foot on the Moon, alongside Mr Armstrong, the former failed to turn up at a NASA event to mark the historic achievement.

Mr Collins, who has chosen to live a more secluded life and turned his back on the fame, wished his former crew was there, telling NASA TV: “I’m here by myself.”

This is in-spite of the fact that Dr Aldrin tweeted on Monday that he was “preparing for more Apollo 11 celebrations this week”.

Dr Aldrin has failed to give an explanation of his no show, and NASA failed to address the issue also, leaving the public curious of his whereabouts. 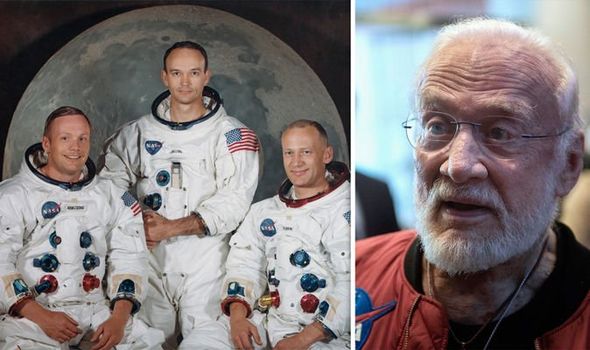 Dr Aldrin did say on Twitter this morning: “50 years ago today, Neil Armstrong, Mike Collins and I launched into space on a mission of enormous importance. 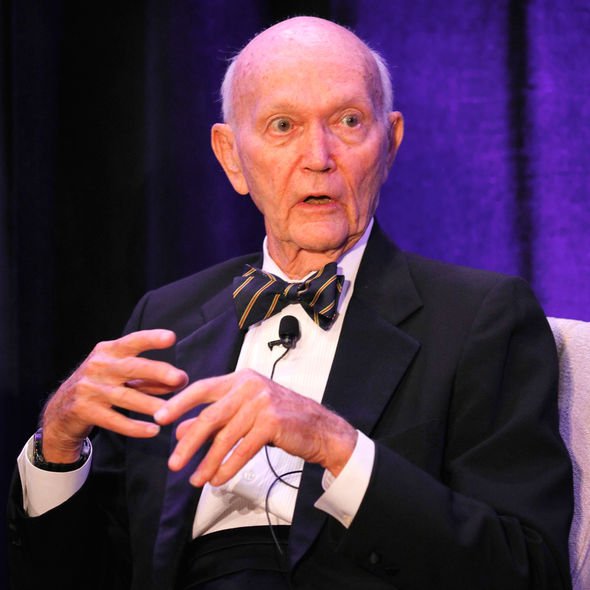 NASA has decided it has unfinished business on our lunar satellite and wants to set up a permanent base on the Moon, with the missions hopefully taking place in 2024.

NASA administrator Jim Bridenstine made the announcement that he wants to set up a lunar colony and called on “the best and brightest of American industry to help design and develop “human lunar landers”.