NASA landed the first two men on the Moon on July 20, 1969, with Neil Armstrong and Edwin “Buzz” Aldrin seemingly beating the Soviet Union to the historic moment. To mark the milestone, the astronauts were instructed by then-US President Richard Nixon to plant the famous stars and stripes flag in honour of every US taxpayer who contributed to the Apollo programme. But the planting of the flag has become central to several conspiracy theories the Moon landing may never happened at all.

One leading conspiracy theory claims as footage shows the flag flapping around in wind, this can’t have actually happened, as it is impossible in a vacuum.

Dr Aldrin who was famously pictured alongside the flag, later said it was the “proudest moment” of his life.

NASA has maintained the flag can be seen moving because the astronaut was twisting the pole it was attached to get it deep into the Moon soil.

But conspiracy theorists have for decades claimed this could be evidence the Moon landing was filmed in a Hollywood studio by director Stanley Kubrick. 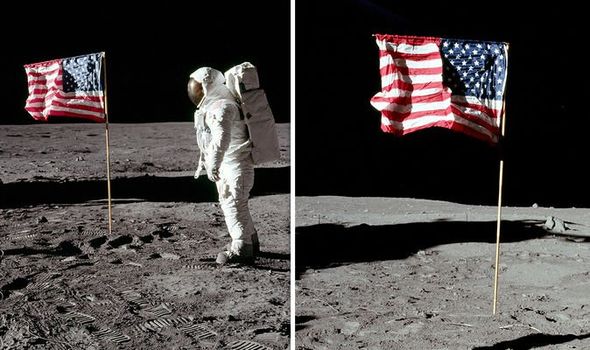 Others have suggested the iconic moment was filmed in the middle of nowhere away from prying eyes, such as the Nevada Desert in the US.

For decades, NASA has attempted to address the hoax accusations, offering several explanations as to why the flag appeared to move as it was planted in the Moon soil.

The space agency has said: “Not every flag needs a breeze – at least not in space.

“When astronauts were planting the flagpole they rotated it back and forth to better penetrate the lunar soil – anyone who’s set a blunt tent-post will know how this works.

“So of course the flag waved. Unfurling a piece of rolled-up cloth with sore angular momentum will naturally result in waves and ripples – no breed required.” 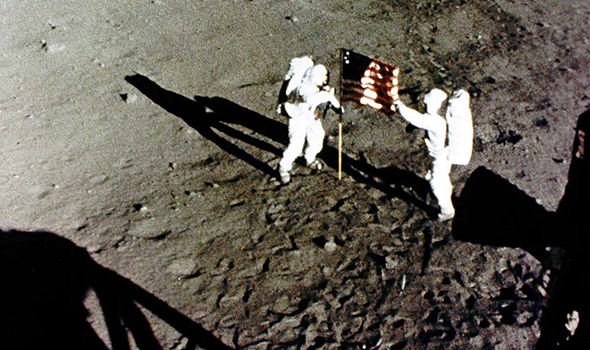 Following the Apollo 11 mission, NASA planted five more flags on the Moon, most of which are still standing today.

Lunar satellite photos show the Apollo 11 flag has probably fallen over but the Apollo 12, Apollo 16 and Apollo 17 flagpoles are still in place.

NASA is continuing to mark 50 years since the Moon landing, with the space agency hosting a celebratory event on Tuesday evening.

Despite Dr Aldrin becoming one of the first two men to step foot on the Moon, alongside Mr Armstrong, the former failed to turn up at a NASA event to mark the historic achievement.

This was despite him tweeting on Monday he was “preparing for more Apollo 11 celebrations this week”. 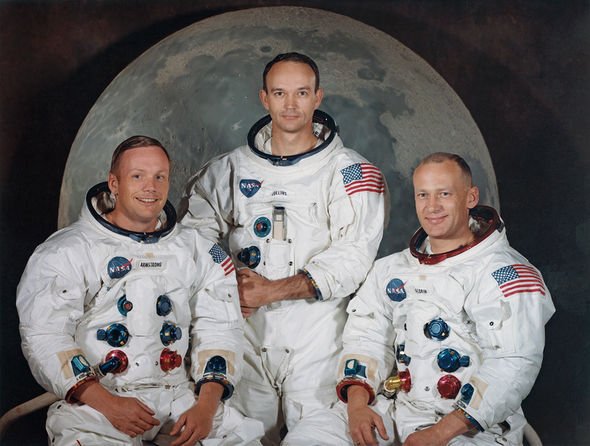 The astronaut has failed to provide an explanation for his no-show, while NASA has failed to also address the issue, leaving the public to speculate over his non-attendance.

This left Michael Collins, who was part of the historic mission and stayed on Apollo 11 command module Columbia, to take centre stage.

But Mr Aldrin tweeted on Wednesday morning to say: “50 years ago today, Neil Armstrong, Mike Collins and I launched into space on a mission of enormous importance.