On May 18, 1980, Mount St Helens erupted in the US state of Washington. The event, which measured 5 on the Volcanic Explosively Index, has been declared the most disastrous in modern US history. A huge column of volcanic material rose 80,000ft into the atmosphere and deposited ash in 11 states, killing at least 57 people and causing more than £770million in damage.

The volcano, which is an active stratovolcano, had not posed a threat since its last period of activity in the Forties and Fifties.

However, it was revealed during Amazon Prime’s “The Fire Below Us” documentary how a series of small earthquakes indicated that magma had begun moving below once again.

The 1995 series revealed: “The siren song of Mount St Helens began on March 20.

“It shook itself awake with a 4.1 magnitude earthquake. 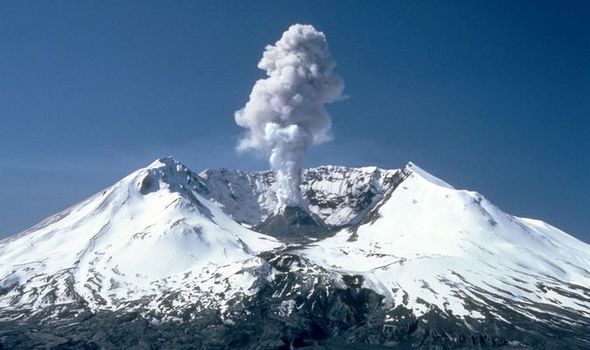 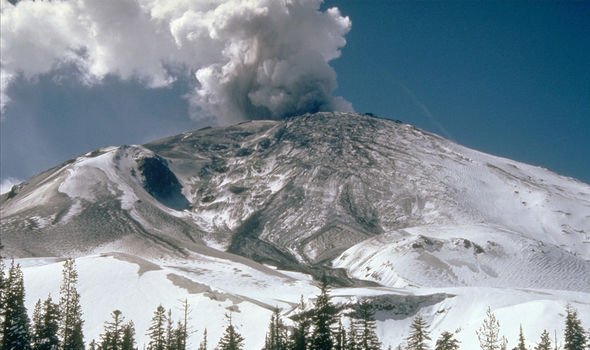 It shook itself awake with a 4.1 magnitude earthquake

The Fire Below Us

“For the next 29 days, the mountain continued to shake with hundreds of tremors.

“The frequency peaked on March 25 with 22 significant earthquakes in one eight-hour period.

“In response to the increasing threat, the forest service began evacuating personnel and established the first closure zones and warned residents of the dangers of earthquake-induced avalanches.”

The documentary went on to reveal how the earthquakes became increasingly frequent and opened a second crater.

It added: “Then on March 27, an eruption of steam and ash opened a new crater on the mountaintop and Washington’s backyard volcano made its news debut. 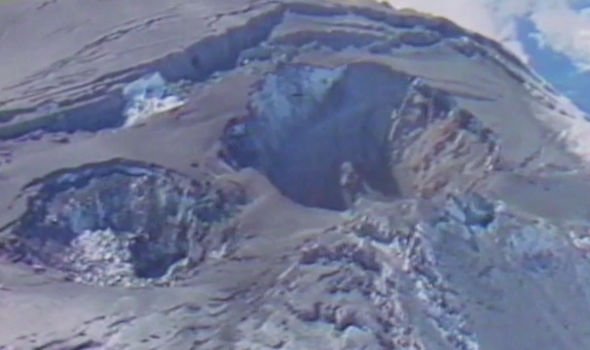 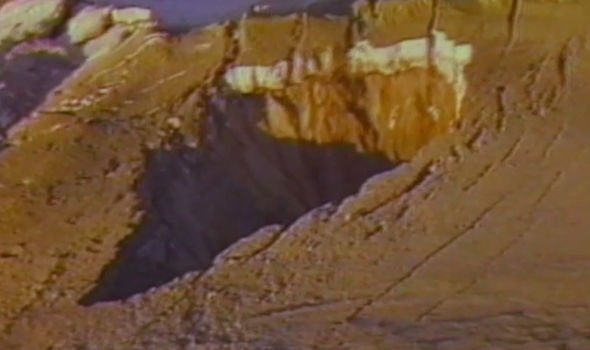 “A few days later, a second, larger crater formed next to the first.

“Then the dreadful discovery – the north side of St Helens had been deforming creating a 200-foot high bulge that was growing at the incredible rate of five feet a day.”

It was not until two months later, on May 18, that any significant activity occurred.

At 8:32am, a magnitude 5.1 earthquake centred directly below the north slope triggered that part of the volcano to slide approximately seven seconds after the shock.

The landslide, the largest in recorded history, travelled at 110 to 155 mph and moved across Spirit Lake’s west arm. 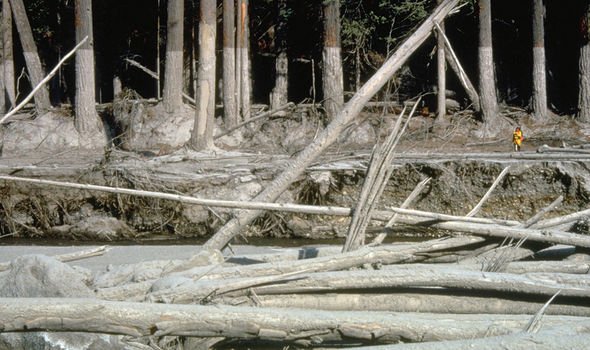 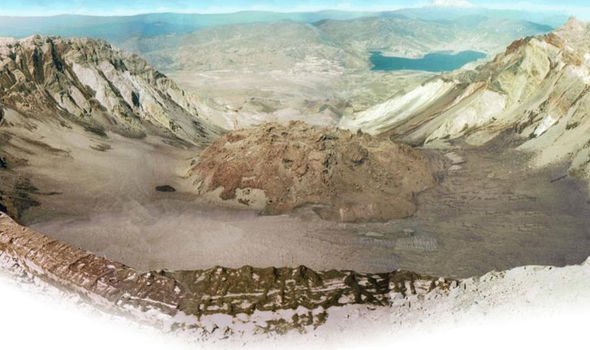 The landslide exposed the dacite magma in St. Helens’ neck to much lower pressure, causing the gas-charged, partially molten rock and high-pressure steam above it to erupt a few seconds after the landslide started.

Pyroclastic flow material passed over the moving avalanche and spread outwards, devastating a total of about 240 square miles of forest.

The near-supersonic lateral blast, loaded with volcanic debris, caused devastation as far as 19 miles from the volcano.