Iconic sound of the Amazon rainforest is fading away: Musician Wren and other rare birds are dying out even in areas untouched by humans

The sound of the Musician Wren – a South American bird known for its tuneful whistle – is fading from the Amazon rainforest, a new study reveals.

The species (cyphorhinus arada) is native to the Amazon, which is the world’s largest rainforest at about 2.1 million square miles.

But it’s is now ‘seldom seen’ and has declined in numbers since field studies in the 1980s in areas that haven’t even suffered deforestation or been directly impacted by humans.

US researchers fear halting deforestation may not be enough to prevent the extinction of bird species like the Musician Wren that feed on forest floor-dwelling insects.

While the exact causes are unknown, the experts think it’s possible that global climate change could be killing off the birds’ prey.

Other threatened species previously found in abundance in the Amazon include the Wing-banded Antbird (myrmornis torquata), known for its specific foraging strategy of tossing leaves aside.

The iconic voice of the Amazon rainforest, the Musician Wren, is one of the birds that researchers have discovered is on the decline in pristine, remote parts of the Amazon

‘What we think is happening is an erosion of biodiversity, a loss of some of the richness in a place where we would hope biodiversity can be maintained,’ said study author Professor Philip Stouffer at Louisiana State University (LSU) in the US.

‘If animal patterns are changing in the absence of landscape change, it signals a sobering warning that simply preserving forests will not maintain rainforest biodiversity.’

Professor Stouffer said there’s uncertainty over how climate change might be affecting birds in their study area, north of Manaus, Brazil. 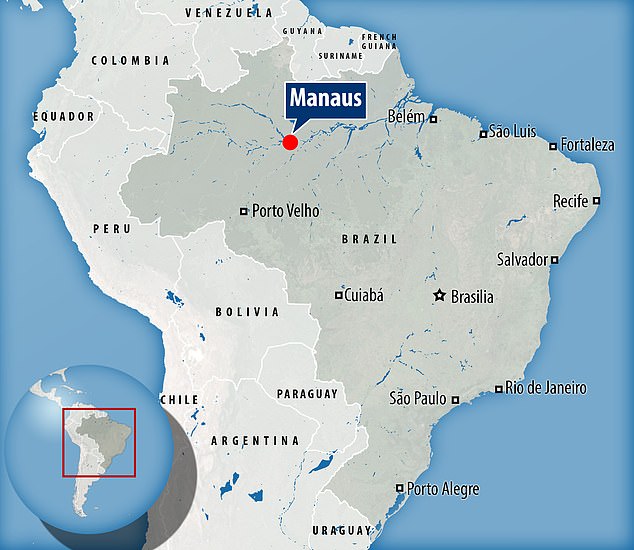 Professor Stouffer began leading field research deep within the Amazon rainforest, north of Manaus, Brazil, when he was a post-doctoral researcher in 1991

‘This part of the Amazon now has hotter and drier dry seasons than it did in the early 1980s,’ he told MailOnline.

‘That may have direct effects on birds as they need to seek refuge from those conditions, or it could be an indirect effect via food resources – we don’t know.’

Professor Stouffer began leading field research within the Amazon rainforest, north of Manaus in 1991 and continued to oversee bird monitoring until 2016.

However, around 2008, he and his graduate students noticed that they could seldom find some bird species that they had observed in previous years. 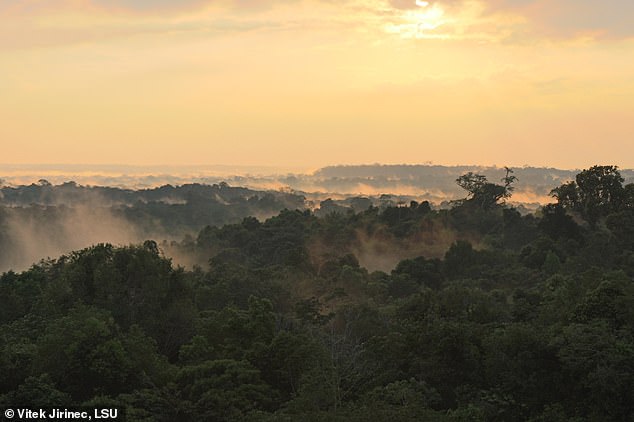 New research shows animal patterns are changing in the absence of landscape change, which signals a sobering warning that simply preserving forests will not maintain rainforest biodiversity

With new data they collected, Stouffer and his students compared bird populations over a 35-year period, covering 55 sites and spanning back to the 1980s.

‘It’s a very robust dataset from a variety of places collected over many years – it’s not just some fluke,’ said co-study author Professor Stephen Midway at LSU.

In general, the birds that have experienced the most dramatic declines live on or near the forest floor where they mostly forage on insects. 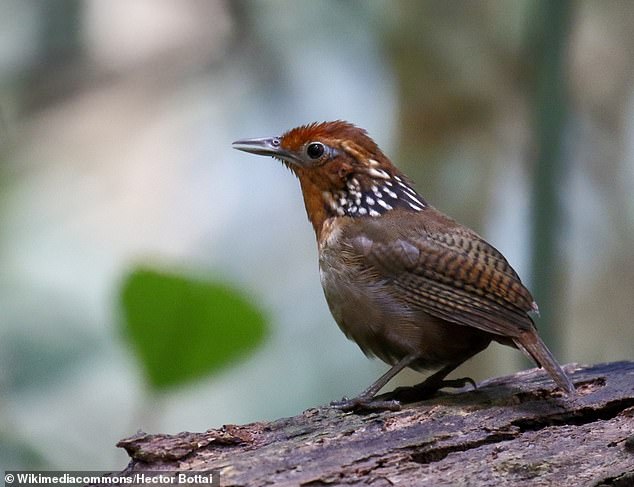 The musician wren, or cyphorinus arada, (pictured) is a seldom-seen bird with one of the iconic voices of the Amazon 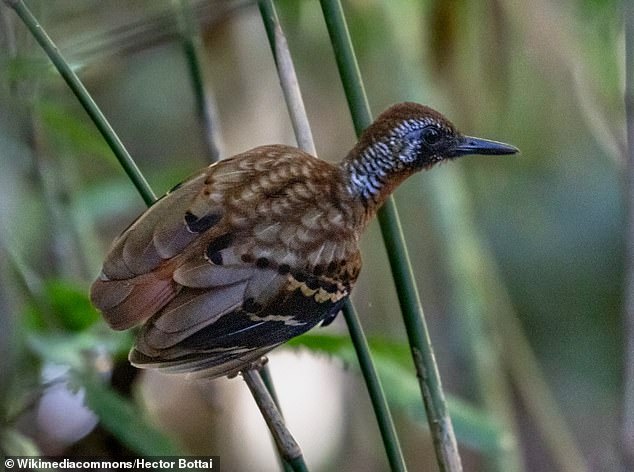 The Wing-banded Antbird is one of the species that forages insects on the forest floor by searching under leaves and other debris, and has declined since the 1980s.

‘It looks like there’s a real pattern and it looks like it could be linked to things we know are happening with global climate change that are affecting even this pristine place,’ said Professor Midway.

Conversely, the White-plumed Antbird (pithys albifrons) has not declined and remains common and its foraging strategy may be the key to its resilience.

The White-plumed Antbird follows swarms of marauding ants that churn up other insects hidden on the forest floor.

It then jockeys for an advantageous position ahead of the ant swarm and preys upon the fleeing insects. 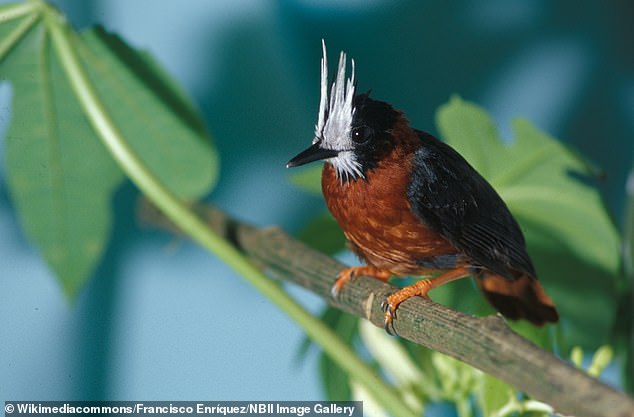 Conversely, the White-plumed Antbird , pictured, has not declined and remains common. Its foraging strategy may be the key to its resilience

It’s also not tied to one location in the rainforest and travels and eats a variety of prey surfaced by the swarms of ants.

The scientists also found that frugivores – birds that also eat fruit – are increasing in abundance.

This suggests that omnivorous birds – those that feed on both plant and animal sources – with more flexible diets can adjust to changing environmental conditions.

More research is needed to better understand hidden losses in the Amazon rainforest and other parts of the planet, the team say.

‘The idea that things are changing, even in the most pristine parts of our planet yet we don’t even know it, illustrates the need for us to pay more attention,’ Professor Stouffer said.

The study has been published today in Ecology Letters.