Home » Science » Mutant goat born with human-like face will be ‘worshipped as an avatar of God' in India: report 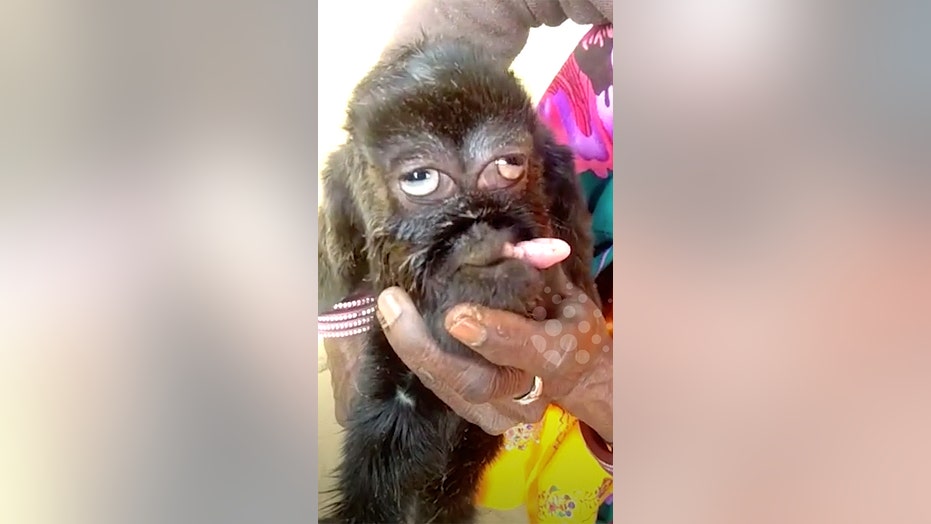 A mutated goat with a face that looks eerily like a human has been born in India, shocking onlookers.

Images and videos of the mutated mammal have gone viral, The Sun reports. Initially, the deformed mammal perplexed villagers in Nimodia, India, but it is now believed it will be "worshipped as an avatar of God," The Sun added, citing local reports.

It's likely that the goat suffers from a congenital defect known as "cyclopia."  According to the National Institute of Health, cyclopia, which can occur in humans as well as animals, "is a very rare syndrome of severe facial dysmorphism." 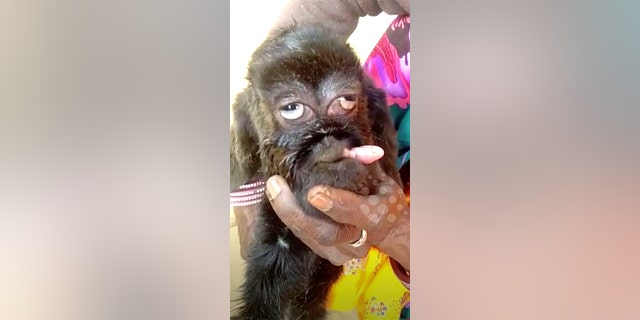 Unusual animal sights always garner plenty of attention. A New Hampshire lobsterman caught a rare blue lobster in June 2017. Later that month, a woman in Virginia pulled a blue crab with two oysters growing on its shell from the waters of Chesapeake Bay.

In September 2017, another mutant goat in India went viral after images cropped up showing its human-like features. Images of a still-born baby goat with a "demonic face" surfaced two months earlier.

Images of an “octo-pig,” also dubbed the “spider pig,” went viral in 2016 after a piglet with eight legs was born in the village of El Galpon, in Argentina’s northwestern province of Salta.