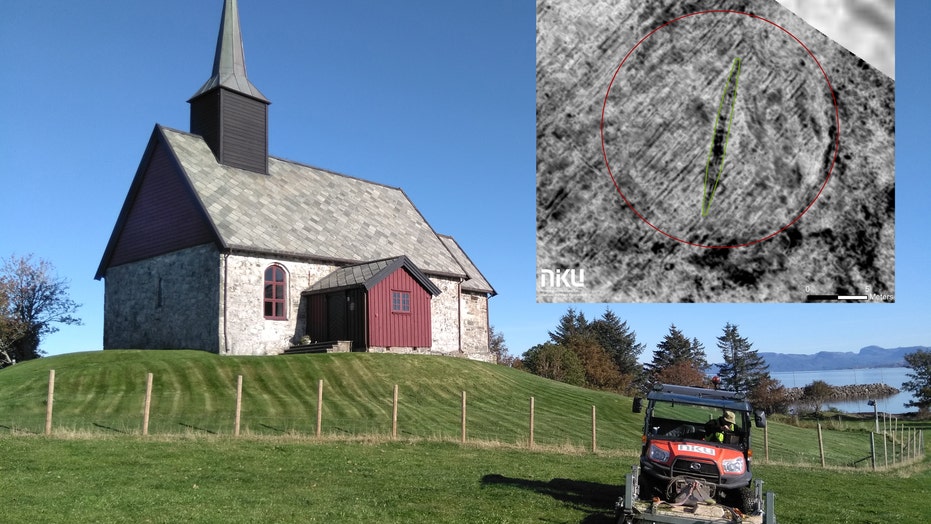 Researchers have spotted a 43-foot keel just beneath the topsoil of a burial mound on the island of Edøy in western Norway. The fore and aft sterns, however, appear to have been destroyed by plowing, and the ship is thought to have once been up 56 feet long.

The discovery was made by experts from the Norwegian Institute for Cultural Heritage Research (NIKU), using high-resolution georadar developed by the Ludwig Boltzmann Institute for Archaeological Prospection and Virtual Archaeology (LBI ArchPro).

In a statement, Knut Paasche, Ph.D., head of the department of digital archaeology at NIKU, explained that only three well-preserved Viking ship burials are known in Norway, all of which were excavated a long time ago. The ship will be of great historical significance, he added. 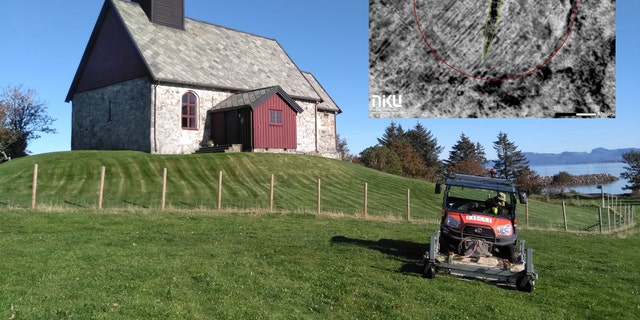 The ship is from the Merovingian or Viking period and more than 1,000 years old, according to Paasche.

However, it is not yet known whether human remains and Viking artifacts are located within the buried ship, although they have been found at other ship burials.

“The survey [at Edøy] has been purely non-intrusive,” a spokesman for NIKU told Fox News. “Our equipment is getting better, so we can be pretty sure of what we have here. On top of that, the island itself is smack in the middle of Merovingian and Viking activity more than a thousand year[s] ago. The locals were really happy with the find – but not really surprised.” 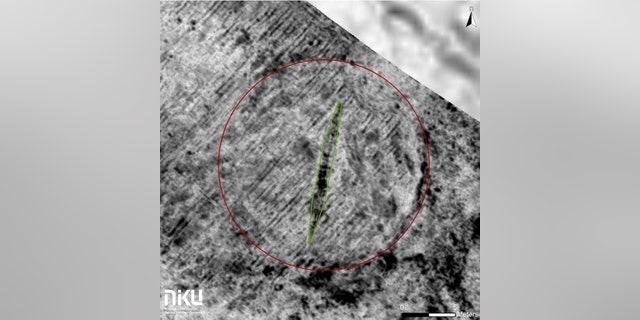 The spokesman added that it’s a little too early to predict future excavations at the site. “It will depend on the state of the ship. There will probably be a probe-excavation to see if there is anything left at all and the state of the soil.”

“Do we need to dig up everything?” the spokesman added. “We can do a lot more with non-intrusive instruments now that we know the exact location.”

Archaeologists have also spotted traces of settlements in their data, but say that it is too early to date them.

Viking-era discoveries have thrilled archaeologists across the Nordic countries, the Baltic and Scotland in recent years. A mysterious double Viking boat burial, for example, was recently discovered in Norway, intriguing experts.

Last month, archaeologists excavating a site at Vinjeroa in central Norway uncovered the boat grave of a woman who died in the second half of the 9th century. Shell-shaped gilded bronze brooches and a crucifix-shaped brooch fashioned from an Irish harness fitting were found in the grave, along with a pearl necklace, two pairs of scissors, part of a spindle and a cow’s skull, according to the Norwegian University of Science and Technology (NTNU).

In Sweden, a grave containing the skeleton of a Viking warrior, long thought to be male, was recently confirmed as female.

Two Viking boat graves were recently uncovered in Sweden in what archaeologists described as a “sensational” discovery.

In 2017, an incredibly well-preserved Viking sword was found by a reindeer hunter on a remote mountain in Southern Norway. In 2016, archaeologists in Trondheim, Norway, unearthed the church where Viking King Olaf Haraldsson was first enshrined as a saint.

Separately in 2016, a tiny Viking crucifix was found in Denmark. The wreck of a 12th-century ‘Viking-style’ ship discovered in a German port is also revealing its secrets thanks to high-tech 3D-scanning technology.

The extremely rare chess piece was bought for 5 U.K. pounds ($6.30) in 1964 by an antique dealer in Edinburgh, Scotland, and then passed down through this family. For years, the Chessman was kept in a drawer at the home of the antiques dealer’s daughter.

Experts are also unlocking the secrets of a mysterious Viking treasure trove that was discovered in Scotland. The “Galloway Hoard” was found by a man using a metal detector in 2014. It was acquired by National Museums Scotland in 2017, which describes the trove as “the richest collection of rare and unique Viking-age objects ever found in Britain or Ireland.”