Pakistan residents were left bemused as a black O-shaped cloud was spotted over a city. The phenomenon was seen floating over Lahore on Tuesday and was dubbed the “evil cloud” by some. Once the footage was posted to social media a slew of theories of the phenomenon were suggested.

Many viewers simply took to posting gifs displaying their confusion and bemusement at the rings.

Another remarked: “These aliens need to fire there camouflaging engineers.”

Many viewers of the black rings made jokes insisting “resistance was futile” to the new alien invaders. 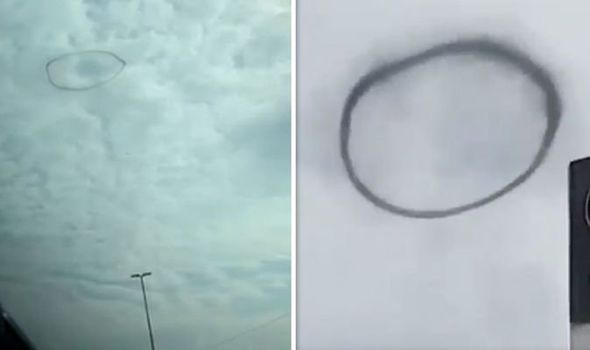 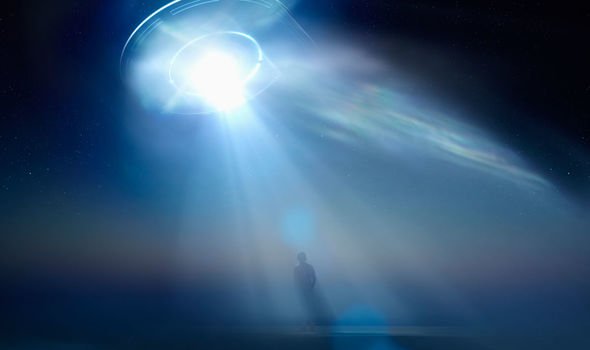 While others took a less dramatic approach and insisted too many people in Pakistan had been vaping.

Other viewers weighed in on the situation as one user posted their own video of a similar phenomenon they observed in Dubai.

Similar ring-shaped clouds have been spotted all over the world.

One of the accepted explanations is that the ring is an aftereffect of a small explosion or combustion. 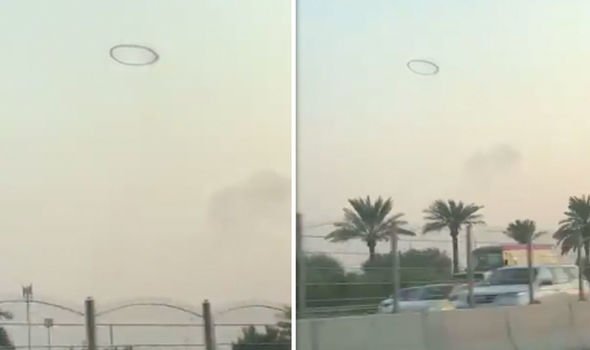 This alien panic comes after a similarly baffling incident that left Las Vegas residents confused with a strange phenomenon in the night sky.

A UFO sighting in Nevada stunned paranormal enthusiasts as the bright orb moved quickly along the hillside while emitting pulsating bright white and blue lights. 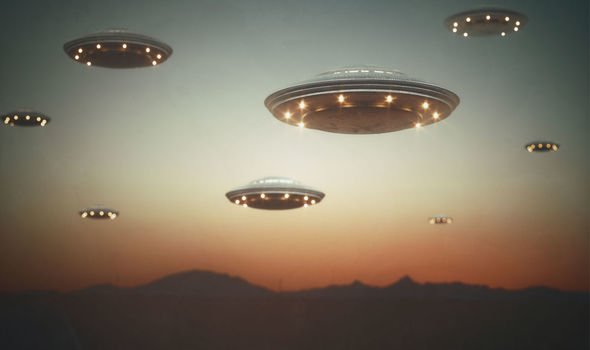 The man recording the video claimed that the UFO covered an estimated 50 miles in three minutes and was recorded days before Christmas on December 19.

This apparent distance travelled would mean the UFO was moving at speeds around 1,000 miles an hour, only slighter slower than a F-35 stealth aircraft.

The author of the video posted the footage on his youtube channel UFOs Over Vegas and also claimed that the aircraft produced “no sound” and that he was close enough that, if it were an aircraft he would have heard it while filming.