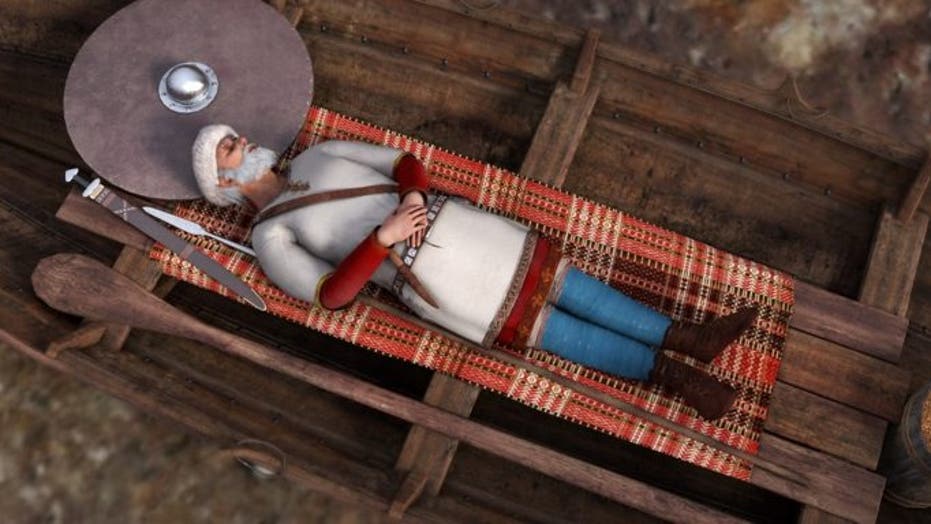 A mysterious double Viking boat burial has been discovered in Norway, intriguing experts.

Last month archaeologists excavating a site at Vinjeroa in central Norway uncovered the boat grave of a woman who died in the second half of the 9th century. Shell-shaped gilded bronze brooches and a crucifix-shaped brooch fashioned from an Irish harness fitting were found in the grave, along with a pearl necklace, two pairs of scissors, part of a spindle and a cow’s skull, according to the Norwegian University of Science and Technology (NTNU).

Archaeologists, however, were surprised to find that, instead of digging a new grave for the woman, she and her boat were placed inside a larger boat grave from 100 years earlier. The larger boat, which measures between 29.5 feet and 32.8 feet long, contains the remains of a man who was buried with his weapons.

While most of the wood from the boats has rotted away, their rivets were still in position, so archaeologists were able to identify the double boat burial. The man had been buried with a spear, a shield and a shingle-edged sword. 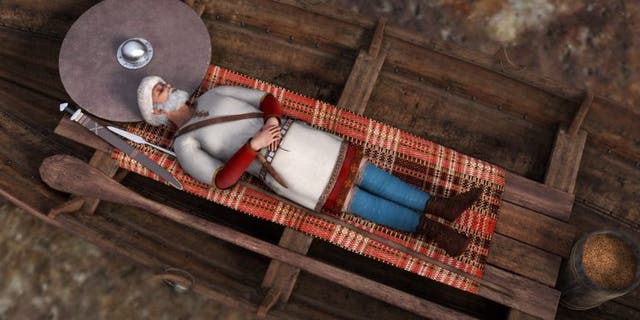 An artist’s illustration of the older grave, which dates to the 8th century A.D.
(Illustration: Arkikon)

Speaking to Norwegian SciTech News, Raymond Sauvage, an archaeologist at the NTNU University Museum in Trondheim, who led the excavation, explained that the sword clearly dates the grave to the 8th century. “That’s assuming that we are not dealing with a Viking hipster,” he quipped.

The burials were made in an area that was home to Viking-era farms. While the soil conditions are not ideal for preserving bones, archaeologists have recovered part of the woman’s skull, which will be used for DNA analysis and may give an indication of what she looked like.

Sauvage told Norwegian SciTech News that the man and the woman were likely related. “It’s reasonable to think that the two were buried together to mark the family’s ownership to the farm, in a society that for the most part didn’t write things down,” he added.

Doctoral student Aina Heen Pettersen of NTNU’s Department of Historical Studies told Norwegian SciTech News that the crucifix-shaped brooch, originally part of a harness fitting from Ireland, is also significant. “Using artifacts from Viking raids as jewelry signaled a clear difference between you and the rest of the community, because you were part of the group that took part in the voyages,” she said. 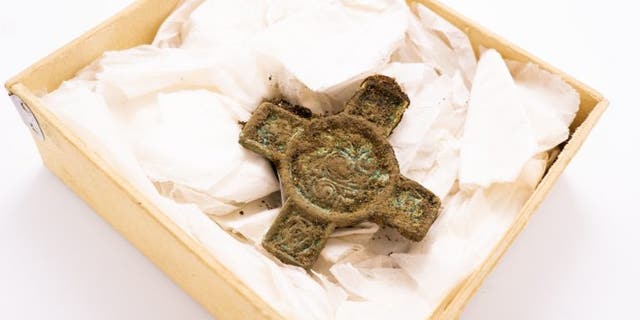 The crucifix-shaped brooch, made from an Irish harness fitting, that was in the woman’s grave.
(Photo: Raymond Sauvage, NTNU Vitenskapsmuseet)

Viking-era discoveries have thrilled archaeologists across the Nordic countries, the Baltic and Scotland in recent years. A Swedish grave containing the skeleton of a Viking warrior, long thought to be male, was recently confirmed as female. 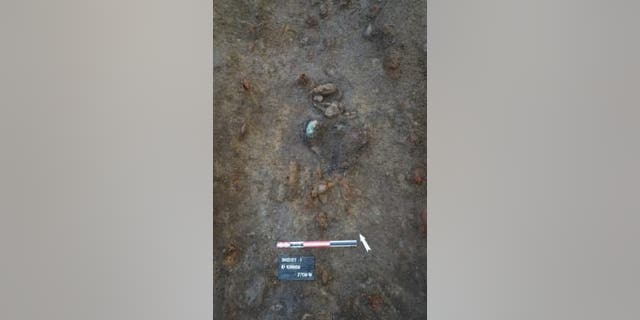 Two Viking boat graves were recently uncovered in Sweden in what archaeologists described as a “sensational” discovery.

In 2017, an incredibly well-preserved Viking sword was found by a reindeer hunter on a remote mountain in Southern Norway. In 2016, archaeologists in Trondheim, Norway, unearthed the church where Viking King Olaf Haraldsson was first enshrined as a saint.

Separately in 2016, a tiny Viking crucifix was found in Denmark. The wreck of a 12th-century ‘Viking-style’ ship discovered in a German port is also revealing its secrets thanks to high-tech 3D-scanning technology. 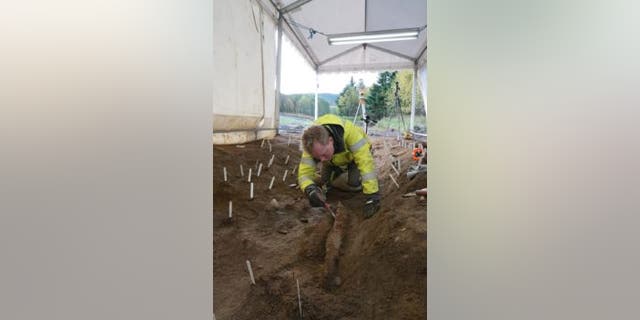 The extremely rare chess piece was bought for 5 U.K. pounds ($6.30) in 1964 by an antique dealer in Edinburgh, Scotland, and then passed down through this family. For years, the Chessman was kept in a drawer at the home of the antiques dealer’s daughter.

Experts are also unlocking the secrets of a mysterious Viking treasure trove that was discovered in Scotland. The “Galloway Hoard” was found by a man using a metal detector in 2014. It was acquired by National Museums Scotland in 2017, which describes the trove as “the richest collection of rare and unique Viking-age objects ever found in Britain or Ireland.”