Conspiracy theorist Blake Cousins uploaded a compilation of the sightings yesterday – which are believed to have been spotted at unknown locations across the US.

In the first clip filmed on May 4, a bright light can be seen positioned in the sky with three smaller lights on its edge.

On his YouTube channel thirdphaseofmoon, he said: “What the heck is in the sky?

“What is this in the sky? It is a massive object. Is it some kind of cloaked craft?”

In a second recorded sighting of the phenomenon, filmed on May 13, what appears to be the same object smoothly glides through the screen, this time below the moon.

The UFO conspiracist later added that he believed the object was in the Earth’s atmosphere.

“Is this what they call the pill UFO?” he asked.

“This could be a pill UFO, there’s no doubt about it.”

And a third clip, filmed only two days, a man was filming chemtrails shooting across the sky when a spot of light caught his eye. 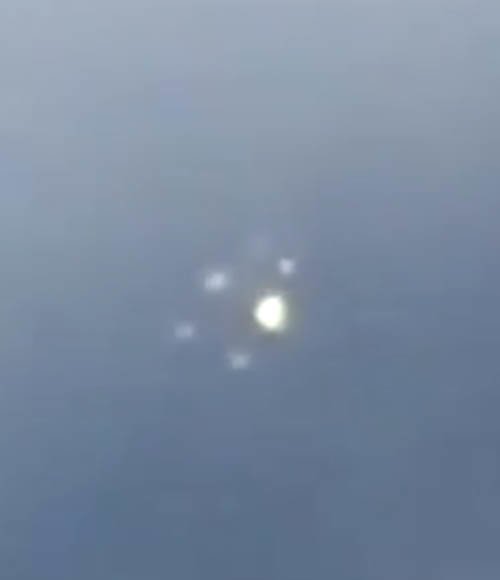 “Observing them moving with the naked eye and at that altitude, they must be travelling at breakneck speed for me to even notice.”

Hoards of others claimed they had witnessed the same “pill ufo” over the last few weeks.

It comes after fears that Nibiru was hurtling towards Earth erupted.