Home » Science » 'Mystery hut' on the Moon is a rabbit-shaped rock, scientists reveal

‘Mystery hut’ spotted on the far side of the moon by China’s Yutu 2 rover is actually a ‘rabbit-shaped rock’, scientists reveal

An object found on the surface of the moon that was dubbed a ‘mystery hut’ is actually a rabbit-shaped rock, scientists have revealed.

China’s Yutu 2 rover spotted the object on the far side of the moon in December, thanks to its panoramic and infrared on-board cameras, and approached it for closer inspection.

Now, the Yutu 2 team have confirmed that it is an oddly-shaped rock that they claim looks like a small but ‘lifelike’ crouching bunny like a statue set in stone, surrounded by its own rocky ‘droppings’ and morsels of food.

The finding is a coincidence as the name of the rover, Yutu, happens to be Chinese for ‘Jade Rabbit’. 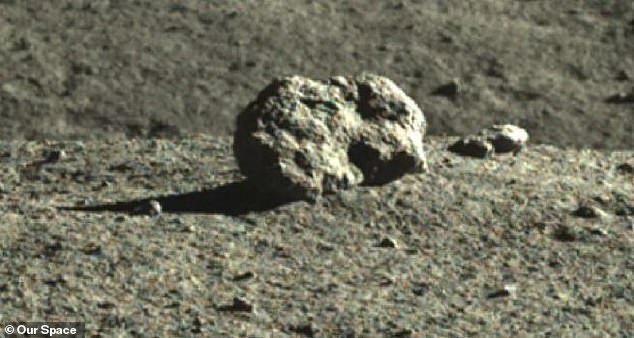 A rabbit-shaped rock? Or a characterless boulder? The latest image from the Yutu 2 provides a close-up of the object on the far side of the Moon 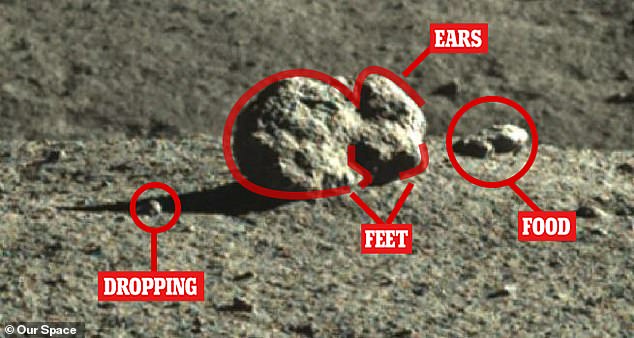 China’s Yutu 2 team say the an oddly-shaped rock looks like a small but ‘lifelike’ crouching bunny like a statue set in stone, surrounded by its own rocky ‘droppings’ and morsels of food 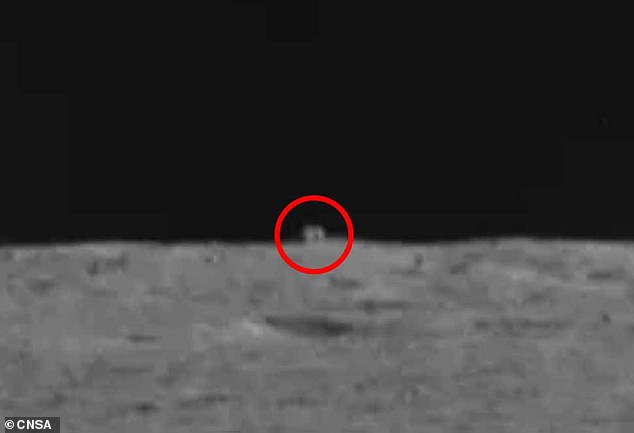 From afar, the object on the surface on the Moon looks like a hut or a house, as this image released in December shows

Yutu-2 is the robotic lunar rover component of China’s Chang’e 4 mission to the far side of the Moon.

Yutu-2 is exploring Von Kármán crater, where an ancient lunar impact may have exposed the Moon’s mantle.

The Yutu 2 rover made the world’s first soft landing on the far side of the Moon more than three years ago – on January 3, 2019.

It’s been snapping pictures of the object on the horizon while working its way across the Moon’s Von Kármán crater.

The Yutu 2 team – part of the China National Space Administration (CNSA) – published their update on Friday on the Chinese social media site WeChat.

‘The “mysterious hut” as tall as the Arc de Triomphe turned out to be very small when approached,’ they said in the update.

‘The drivers were a little disappointed. Just as everyone was lost, a driver stared at the enlarged picture and covered his mouth and exclaimed: “Gosh! This is… Yutu!”‘

Scattered stones in front of ‘Jade Rabbit’ looked like pieces of carrot, the team say, while the round stone beads behind it look ‘like the product of Jade Rabbit after a meal’ – in other words, its own rocky droppings.

Because Yutu-2 is both solar-powered, it constantly has to keep ‘going to sleep’ when there’s no sunlight, during the 14-day long lunar night.

The lunar night is so cold it would freeze and destroy the rover if it did not shut down and protect itself.

‘When it wakes up from sleep next time, Yutu 2 will also detect “Jade Rabbit” at close range and perceive the large impact crater behind it,’ the team added.

‘We look forward to the dialogue between Yutu 2 and “Yutu” and use their secret words to discover more unknowns.’

This is not the first time the rover has come across odd lunar features – in February last year, it captured images of an elongated ‘milestone’ rock on the lunar surface.

The moon rover spotted the sharp structure sticking out from the ground after awakening from a 14-day slumber during the dangerously cold lunar night.

In 2019, just months after it landed, Yutu 2 found a mysterious ‘gel-like’ substance of a dark green colour. 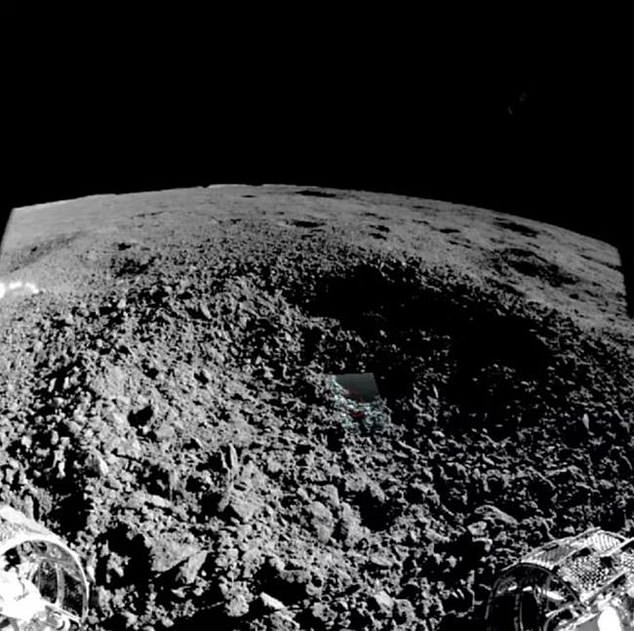 Chinese scientists studied the makeup of a mysterious gel-like substance found on the moon in 2019 and discovered it was actually a mix of minerals that had melted and reformed in an ancient asteroid impact. The soil samples (pictured) stood out because of their glossy sheen

The following year, the substance was revealed to be not a gel at all, but a hard and glassy mineral compound that had been melted and reformed at high heat by an ancient asteroid impact.

Yutu 2 has been traversing the 115-mile-wide (186km) Von Kármán crater ever since it landed on the moon attached to the Chang’e-4 spacecraft on January 3, 2019.

Chang’e 4 was China’s fourth mission to the moon and the second to send a rover.

The Chang’e 1 and 2 missions were orbiters, while Chang’e 3 landed on the near side of the moon with the first Yutu rover.

Beijing also launched Chang’e-5 in November 2020 with the aim of returning the first moon samples to Earth in more than 40 years.

China has also just approved three more missions to the Moon – Chang’e 6, 7 and 8 – launching from 2024 onwards.

Chang’e-8 will likely lay the groundwork for this as it strives to verify technology for the project.