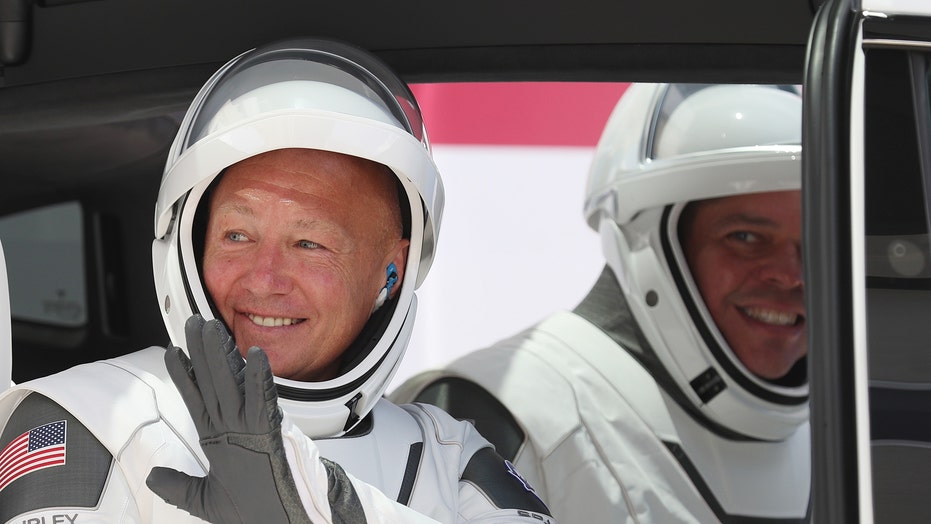 The SpaceX Crew Dragon spacecraft, named “Endeavour” by the astronauts, is scheduled to undock from the International Space Station on Saturday and make its splashdown off the coast of Florida the following day.

The astronauts have spent two months on the orbiting space lab.

“Weather permitting, NASA and SpaceX are targeting 2:42 p.m. EDT Sunday, Aug. 2, for the splashdown and conclusion of the Demo-2 test flight mission,” said NASA, in a statement. “With this test flight, NASA and the U.S. aerospace industry are marking the first successful launch of a crew to the space station on a commercially built and operated American rocket and spacecraft, and a safe return to Earth for that spacecraft and crew.” 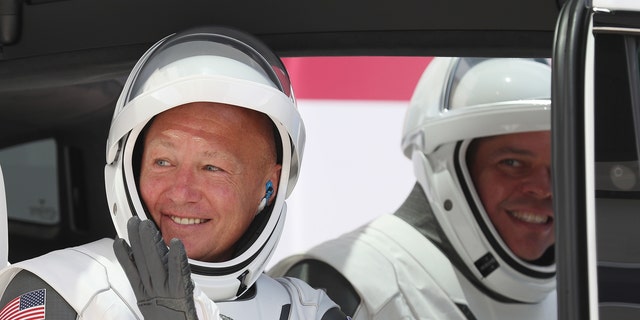 NASA astronauts Bob Behnken (R) and Doug Hurley sit in a Tesla vehicle after walking out of the Operations and Checkout Building on their way to the SpaceX Falcon 9 rocket with the Crew Dragon spacecraft on launch pad 39A at the Kennedy Space Center on May 30, 2020 in Cape Canaveral, Florida.
(Photo by Joe Raedle/Getty Images)

During a press conference on the International Space Station Friday Hurley explained how the Dragon capsule will be recovered following splashdown. "There will be a couple of what we call 'fast boats' will come up to the capsule at that point and make sure that everything is safe on the outside of the capsule for it to be hoisted on board the recovery ship," he said, in response to a question from Fox News. "At that point, the recovery ship is moving in and in communications with the fast boats … once everybody gives the thumbs up that we are ready to be hoisted aboard it will get lifted aboard by a crane and cradled on board the aft portion of the ship."

"At that point, once it's secure on the back deck of the ship, then they can open the hatch and it will be time for us to come out," Hurley added.

Undocking from the International Space Station is scheduled for 7:34 p.m. EDT Saturday. 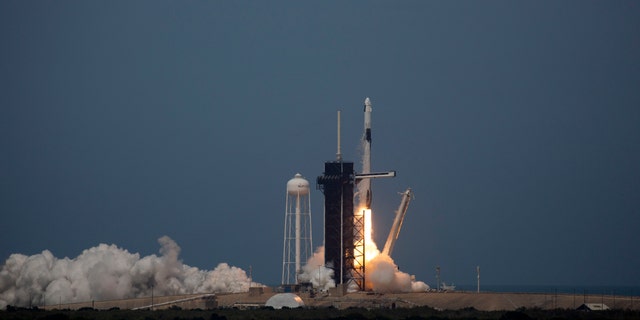 The SpaceX Falcon 9 rocket launches into space from Kennedy Space Center with NASA astronauts Bob Behnken and Doug Hurley aboard the Crew Dragon spacecraft on May 30, 2020.
(Photo by Saul Martinez/Getty Images)

“Teams will continue to closely monitor Tropical Storm Isaias and evaluate impacts to weather around the Florida peninsula, including the potential splashdown sites in the Gulf of Mexico and along the state’s Atlantic coast,” said NASA, in a statement. “NASA and SpaceX will make a decision on a primary splashdown target approximately 6 hours before undocking Saturday.”

Hurley and Behnken, both veterans of Space Shuttle missions, boarded the orbiting space lab May 31 following the eagerly-anticipated launch of the Demo-2 mission from Kennedy Space Center atop a SpaceX Falcon 9 rocket. The launch marked the first time that astronauts have launched from American soil since the final Space Shuttle flight in 2011.

The mission is also the first time a private company, rather than a national government, has sent astronauts into orbit. 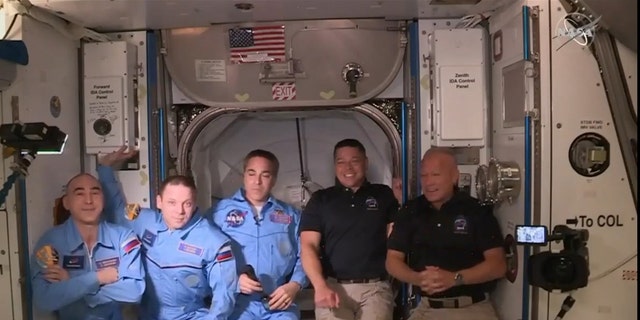 The SpaceX Crew Dragon spacecraft lifted off on May 30 amid a blaze of publicity. Previously known as capsule 206, the spacecraft was renamed Endeavour, continuing the tradition of astronauts naming their capsules.

"Today was just an amazing day," NASA administrator Jim Bridenstine said shortly after the launch. "I can breathe a sigh of relief but I can also tell you that I'm not going to celebrate until Bob and Doug are home safely."

The mission is an important milestone in the space agency’s Commercial Crew program. “This is SpaceX’s final test flight in NASA’s Commercial Crew Program and will provide data on the performance of the Falcon 9 rocket, Crew Dragon spacecraft, and ground systems, as well as in-orbit, docking, landing, and crew return operations,” said NASA in the statement.