New Horizon is an interplanetary space probe that was launched as part of NASA’s New Frontier’s programme. The spacecraft was launched in 2006, with the primary mission to perform a flyby study of Pluto and an additional study of the Kuiper belt objects. It took nine-and-a-half years to reach the outskirts of the Solar System, but on July 14, 2015, New Horizon flew 8,000 miles above the surface of Pluto.

Over the next year, it would ping back data to NASA, which would have huge consequences, Brian Cox revealed during his BBC series “The Planets”.

Dr Cox explained last month: “From Earth, Pluto, far away on the inner edge of the Kuiper belt, is so distant, even with Hubble, it appears as nothing more than a fuzzy image.

“But Pluto was not alone, we began to detect other distant objects.

“Then Hubble discovered that another world is almost the same size as Pluto. 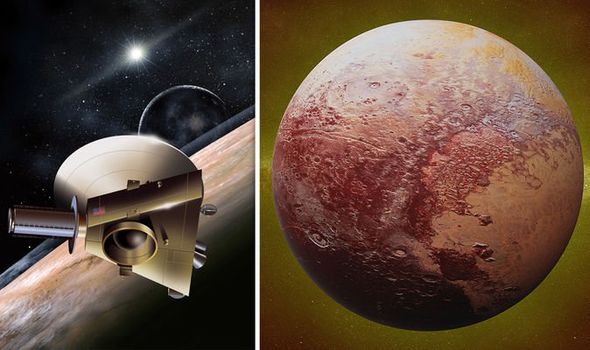 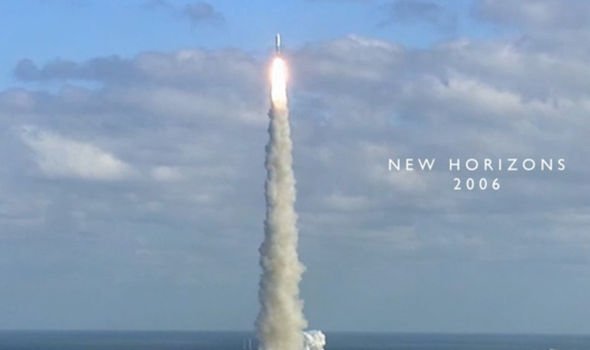 “The discovery of this new world forced us to reconsider what we mean by the word planet.”

In 2005, Eris, a dwarf planet in the scattered disc which is 27 percent more massive than Pluto, was found.

This led scientists to completely reconsider how they defined a planet.

Dr Cox added: “The International Astronomical Union now has a three-part definition of a planet.

“Firstly, it has to orbit the Sun and Pluto certainly does that.

“It goes around once every 248 years.

“Secondly it has to be massive enough for gravity to sculpt it almost into a sphere, and Pluto indeed is almost spherical.

“But thirdly, it has to clear its own orbit around the Sun, and that’s essentially a mass constraint as well. It has to have enough gravity to throw things out.”

However, the definition excluded Pluto and it was redefined as a dwarf planet. 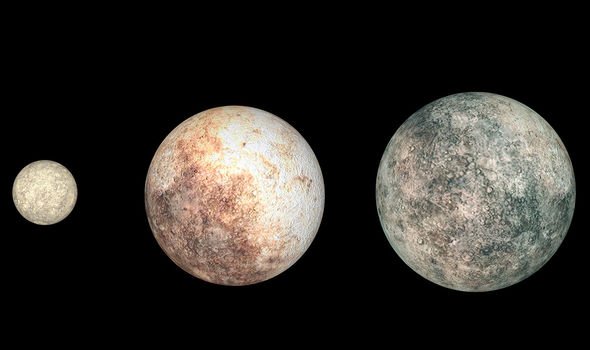 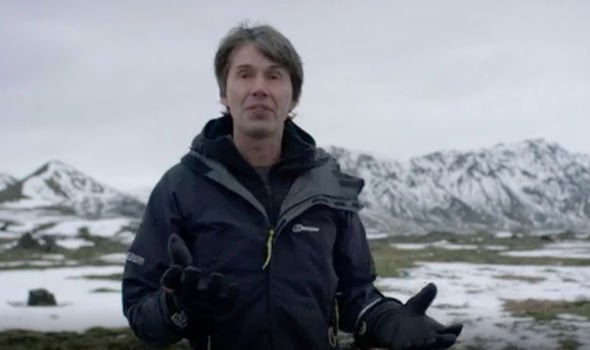 “Tens and even potentially hundreds of objects out there are big enough to be planets.

“But I don’t think it really matters – ultimately Pluto is a world and we should explore it.”

Dr Cox revealed during the same documentary how one of Saturn’s moons has also been of great interest to NASA.

In 2005, NASA’s Cassini probe came within 30 miles of the surface of Enceladus, discovering water-rich plumes venting from the south polar region.

He said: “The craft passed within just 48 kilometres of the surface of Enceladus and Cassini was able to touch the plumes.

“What we discovered, thanks to a series of these flybys, was breathtaking.

“The ice in the plumes was actually frozen particles of salty water.

“We had found a subsurface ocean leaking into space.

“Far, far from the Sun, Enceladus was harbouring an ocean of liquid water.

“And it was there because of Saturn.”