Yesterday, scientists discovered a distant “super Earth” with water and temperatures that could sustain life, giving the hunt for extraterrestrials a sharp new focus. The planet, known as K2-18b, lies in the constellations of Leo, some 110 light years away and was discovered using data captured by the NASA Hubble telescope. However, one of the space agencies other probes made another incredible discovery years earlier, a documentary showed.

Professor Brian Cox revealed during his BBC show “The Planets” how the Cassini spacecraft found a “mini solar system” hiding in the rings of Saturn.

He said earlier this year: “The evidence that Cassini delivered hints that the solution lies not with the planet itself, but with the world’s tracked in orbit around it, Saturn’s moons.

“Saturn has 62 large moons and countless smaller ones – we’re still discovering them.

“So it’s like a mini solar system in itself. 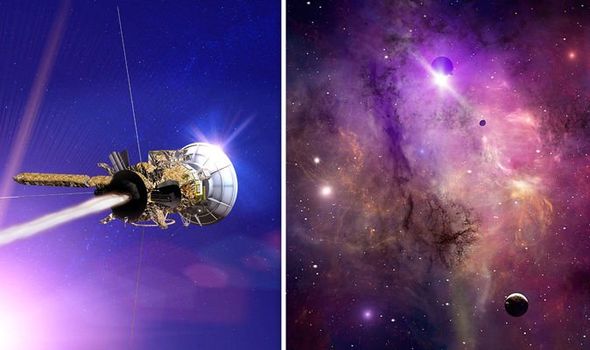 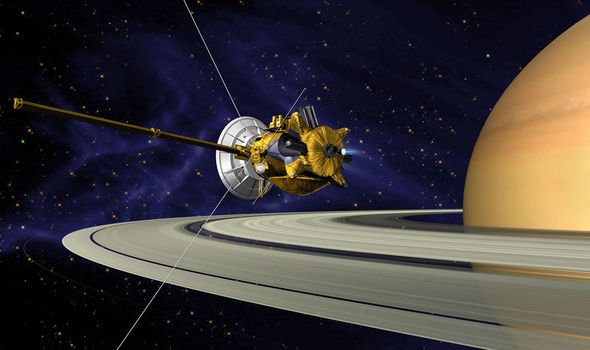 “Those moons range in size from planetary-size objects, like Titan, to small irregular-shaped lumps of rock.

“There is so much diversity in size and form and surface features, that the whole system is like a history book.”

Dr Cox went on to study some of the moons in more detail.

He added: “If we learn to read it then we see that Saturn has had a very violent and changeable past.

“Look at this, this is Mimas, which is often called the Death Star moon for obvious reasons.

JUST IN: NASA panic as huge space rock set to skim Earth in less than 10 days 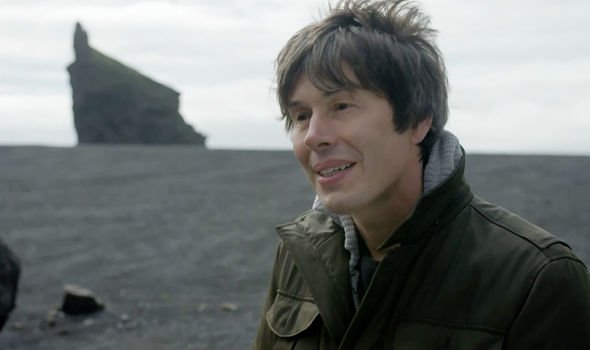 “It has this huge impact crater, which tells you that once, long ago, there was a very violent impact that almost, but not quite, destroyed the moon.

“And this is Iapetus, it’s a very large moon, almost planetary-size, it’s about 1,500 kilometres across.

Dr Cox went on to detail how some of these moons have very distinguished features.

He continued: “Iapetus also has a another distinctive feature, which is this ridge all the way around the equator, and you can see the scale of it from this photograph. 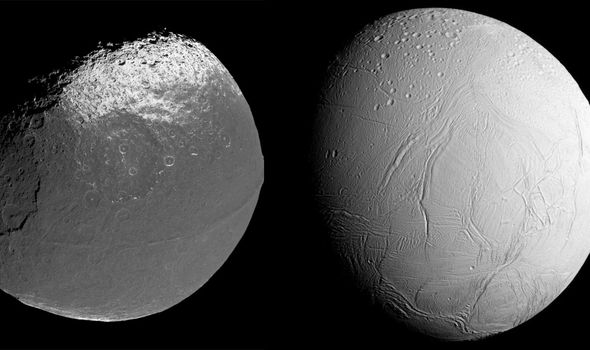 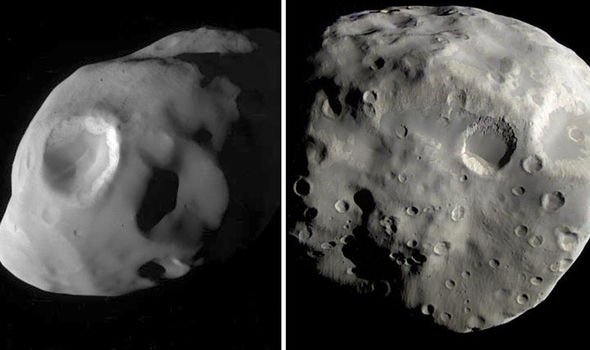 “It is one of the highest mountain ranges in the Solar System, 20km from peak to the ground below.

“It’s thought that this formed because a ring was once around the moon, just like Saturn’s, collapsed onto its surface.

“As Cassini continued its journey, it revealed multiple moons made almost entirely of ice and many of them had taken on extraordinary forms in and around the rings.”

It comes after a black hole was captured performing a “dance of death” by NASA’s Chandra X-ray Observatory in 2014. 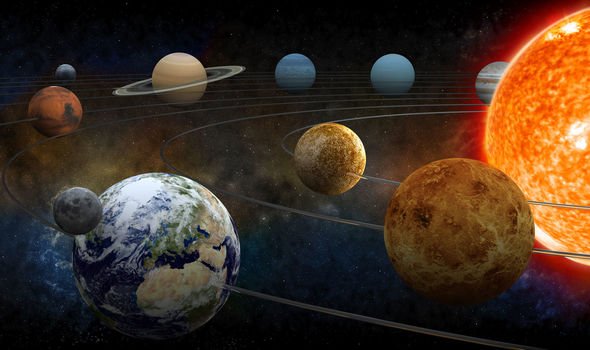 This satellite,  launched in 1999, is sensitive to X-ray sources 100 times fainter than any current technology, which is enabled by its high angular resolution.

YouTube channel Space and Astronomy revealed the incredible images captured by the satellite of a phenomenon known as Messier 87 in the Virgo galaxy, about 60 million light years from Earth.

The narrator explained: “The orbiting Chandra X-ray Observatory recently turned up evidence at the centres of galaxies back in the time of the early universe.

“These images show its remarkable find, actual supermassive black hole pairs beginning what astronomers believe is a dance of death.

“In most cases their forward momentum simply causes them to go into orbit around each other, like a planet around the Sun.

“This orbit can go on for billions of years.”