The NASA Mars Curiosity Rover is the US space agency’s fourth robotic probe on Mars, following Sojourner, Opportunity and Spirit. The current iteration was equipped with tough aluminium treads, in a bid to survive the unforgiving rocky terrain. However, the latest selfies beamed-back to Earth show the extent that the Martian rubble-strewn landscape has taken its toll on the NASA rover.

Curiosity used the Mars Hand Lens Imager (MAHLI) camera on the the end of its robotic arm to examine its wheels on Tuesday, July 7.

This is the robotic equivalent of checking the bottom of your boots before heading for a rocky hike. 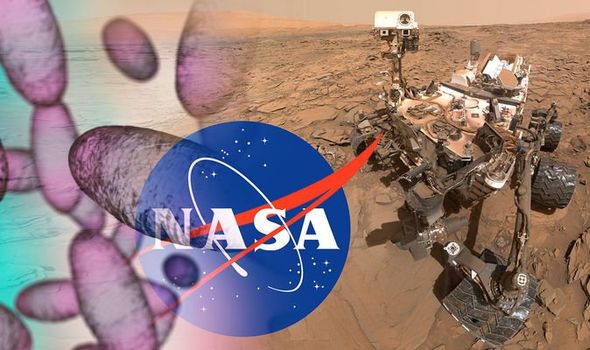 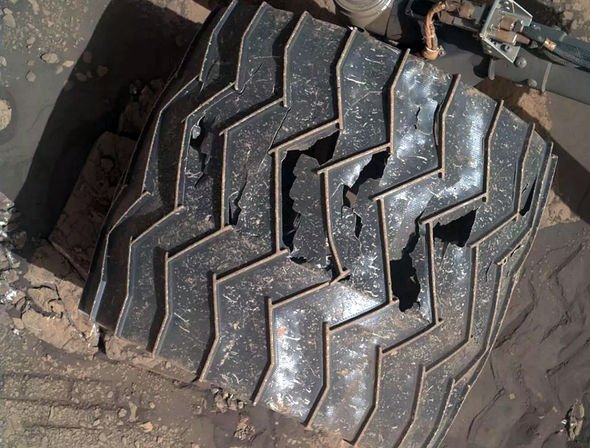 And what has most concerned NASA rover engineers is the multitude of cracks and holes clearly visible across the Curiosity’s treads.

But although the damage to the Mars rover appears ominous, the rover’s wheels are actually performing better than anticipated.

Curiosity team member Roger Craig Wiens wrote in a mission update: “Although the wheels have developed some holes, the testing and modelling that have been done since early 2014 indicate that Curiosity can still travel a number of kilometres on these wheels.”

And it is thought the wheels should still remain serviceable for quite some time.

US space agency NASA checks in on Curiosity’s wheels regularly. A view from early this year looked just as startling as the new images. The damage won’t get better, but Curiosity’s team has devised clever ways to work through it, including adjusting the speed of the rover’s wheels to reduce pressure from rocks.

With Opportunity now defunct, Curiosity is NASA’s only remaining Mars rover. At least until the new Mars 2020 rover arrives. 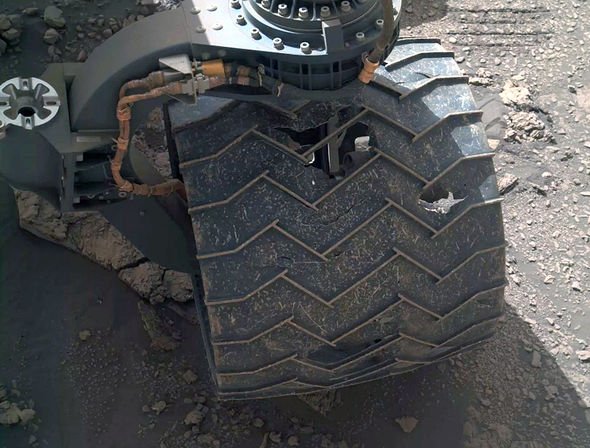 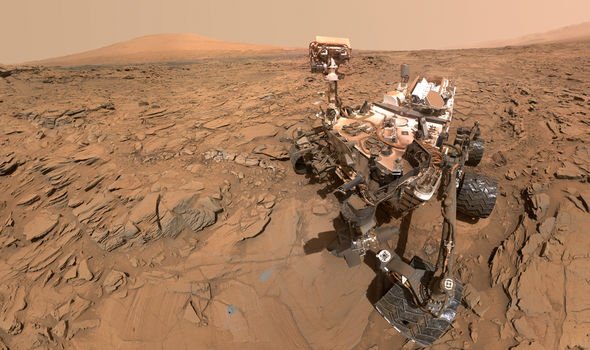 Curiosity is the largest and most capable rover ever sent to Mars. It launched November 26, 2011 and landed on Mars at on August 6, 2012.

Curiosity set out to answer the question: Did Mars ever have the right environmental conditions to support small life forms called microbes.

Early in its mission, Curiosity’s scientific tools found chemical and mineral evidence of past habitable environments on Mars.

Curiosity continues to explore the Gale Crater’s rock record from a time when Mars could have been home to microbial life.