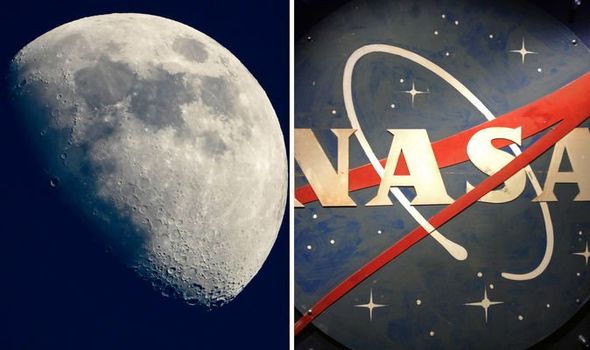 Lost in April, the Israeli robotic lander, Beresheet crashed into the Moon in April. Now, new pictures from the NASA spacecraft have shown images of the apparent crash site. Created by Israeli nonprofit organisation SpaceIL and launched in February, the rover was launched on top of a SpaceX Falcon 9 rocket.

Before its destruction, the lander was poised to be the first of its kind to land on the surface of the Moon.

Unfortunately for SpaceIL, the lander malfunctioned during its descent and collided with the Moon.

Following its collision with the surface of the Moon, NASA’s Lunar Reconnaissance Orbiter (LRO) passed over the crash site and photographed the scene.

In a statement, NASA announced the Beresheet’s impact site appear as a “white halo”. 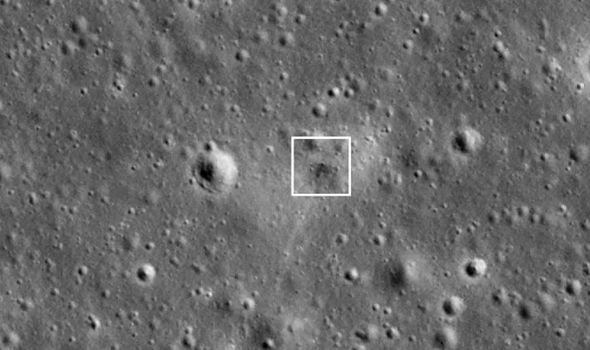 NASA added: “The cameras captured a dark smudge, about 10 meters wide, that indicates the point of impact.

“The dark tone suggests a surface roughened by the hard landing, which is less reflective than a clean, smooth surface.

“The light halo around the smudge could have formed from gas associated with the impact or from fine soil particles blown outward during Beresheet’s descent, which smoothed out the soil around the landing site, making it highly reflective.”

The latest images from the crash site come as Donald Trump pledges to send the news agency back to the Moon and on to Mars. 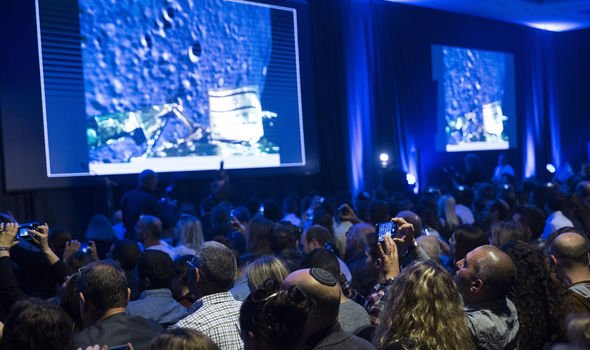 Trump stated: “Under my Administration, we are restoring NASA to greatness and we are going back to the Moon, then Mars.

“I am updating my budget to include an additional $1.6 billion 9£1.25billion) so that we can return to Space in a big way!”

Trump has also stated that he wants NASA to return to the Moon as soon as 2024.

NASA has also announced that it wants its next mission to put the first woman on the Moon.