Could your idea help establish a colony on Mars and win you $1m? NASA needs new ways of converting the red planet’s abundant supply of CO2 into sugars and useful chemicals

Setting up a colony on Mars is among Nasa’s next big ambitions and the space has set its sight on making use of the planet’s abundant supply of carbon dioxide (CO2).

The space agency has launched a public competition with a final prize of $1 million (£0.8m) for new was of converting the gas into life saving resources.

Carbon dioxide can be converted into sugars and other useful chemicals that could help sustain future pioneers.

Findings from the CO2 Conversion Challenge could also be useful for life on Earth, Nasa says. 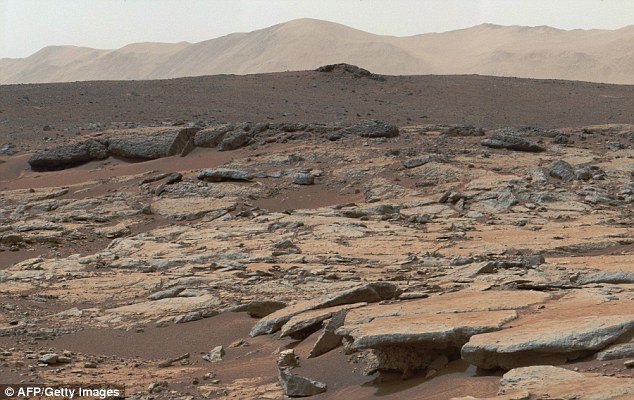 Mars has become the next giant leap for mankind’s exploration of space. While getting to Mars  (pictured) has always seemed like a difficult feat, these atmospheric hurdles make staying there the true challenge

‘Enabling sustained human life on another planet will require a great deal of resources and we cannot possibly bring everything we will need. We have to get creative’, said Monsi Roman, manager of Nasa’s Centennial Challenges program.

‘If we can transform an existing and plentiful resource like carbon dioxide into a variety of useful products, the space – and terrestrial – applications are endless.’

Carbon and oxygen are the molecular building blocks of sugars.

While sugar-based biometrics are made cheaply on Earth by plants, limited resources in space mean this will not be possible.

The CO2 Conversion Challenge aims to help find a solution.

The competition is divided into two phases. During Phase 1, teams must submit a design and description of a system that converts carbon dioxide into glucose.

In Phase 2 the system will be constructed and demonstrated.

This refers to a type of manufacturing that uses biological systems to produce biomolecules for use in medicines, food and industry.

However, dreams of being able to artificially warm the atmosphere to allow it to support human life – a process known as ‘terraforming’ – will remain confined in the realm of science-fiction.

This is according to a study released in July that warned that future settlers to Mars would be permanently confined to their life support suits. 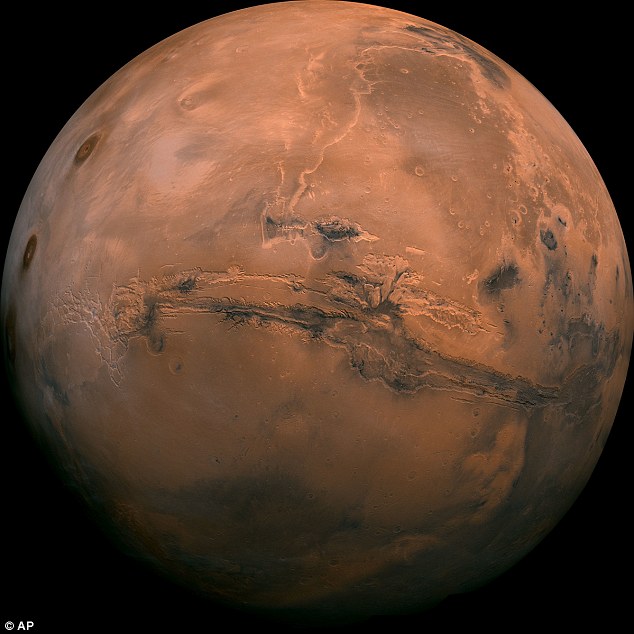 Scientists said mankind can no longer think of Mars as a ‘safety valve’ in case things go wrong on our planet.

They called for humanity to address and respond to Earth’s most pressing problems, as this is in effect an easier solution than colonising a distant world.

The researchers, from the University of Colorado Boulder and Northern Arizona University, looked at 20 years’ worth of data about the Martian surface collected by various rovers and spacecrafts.

This information was used to calculate how much carbon dioxide is stored on Mars – a crucial factor in determining whether humanity has a chance of ‘terraforming’ the surface red planet.

Terraforming is the process of artificially changing the climate and surface of a planet to enable humans to exist without life support systems.

WHAT EVIDENCE DO SCIENTISTS HAVE FOR LIFE ON MARS?

The search for life on other planets has captivated mankind for decades.

But the reality could be a little less like the Hollywood blockbusters, scientists have revealed.

They say if there was life on the red planet, it probably will present itself as fossilized bacteria – and have proposed a new way to look for it.

Here are the most promising signs of life so far –

When looking for life on Mars, experts agree that water is key.

Although the planet is now rocky and barren with water locked up in polar ice caps there could have been water in the past.

In 2000, scientists first spotted evidence for the existence of water on Mars.

The Nasa Mars Global Surveyor found gullies that could have been created by flowing water.

The debate is ongoing as to whether these recurring slope lineae (RSL) could have been formed from water flow.

Earth has been hit by 34 meteorites from Mars, three of which are believed to have the potential to carry evidence of past life on the planet, writes Space.com.

In 1996, experts found a meteorite in Antarctica known as ALH 84001 that contained fossilised bacteria-like formations.

However, in 2012, experts concluded that this organic material had been formed by volcanic activity without the involvement of life.

The first close-ups of the planet were taken by the 1964 Mariner 4 mission.

These initial images showed that Mars has landforms that could have been formed when the climate was much wetter and therefore home to life.

In 1975, the first Viking orbiter was launched and although inconclusive it paved the way for other landers.

Many rovers, orbiters and landers have now revealed evidence of water beneath the crust and even occasional precipitation.

The organic molecules preserved in 3.5 billion-year-old bedrock in Gale Crater — believed to have once contained a shallow lake the size of Florida’s Lake Okeechobee — suggest conditions back then may have been conducive to life.

Future missions to Mars plan on bringing samples back to Earth to test them more thoroughly.

In 2018, Curiosity also confirmed sharp seasonal increases of methane in the Martian atmosphere.

Experts said the methane observations provide ‘one of the most compelling’ cases for present-day life.

The magnitude of these seasonal peaks – by a factor of three – was far more than scientists expected.