NASA’s spacewalk is the second of five spacewalks scheduled this month. On Sunday, October 6, NASA astronauts Christina Koch and Andrew “Drew” Morgan replaced the first batch of space station batteries. The astronauts will return to the vacuum of space tomorrow (Friday, October 11).

NASA will broadcast the spacewalk live from the International Space Station.

The two astronauts will don their spacesuits and venture to the space station’s far port truss.

According to NASA, the batteries provide the ISS with power whenever the ISS passes through the nightside of Earth. 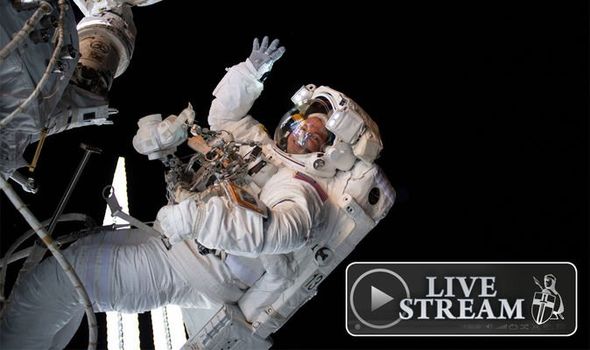 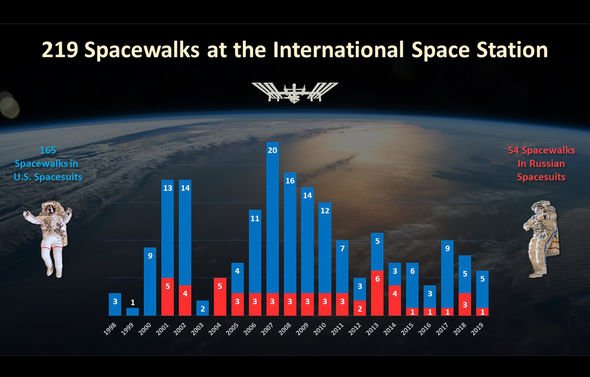 How to watch the NASA spacewalk live on Friday, October 11?

All of NASA’s spacewalks and launches are broadcast live over the internet and on terrestrial television.

On Friday, you can tune-in to NASA’s official YouTube channel NASA TV.

You can also watch the live stream here on Express.co.uk in the embedded video player below, courtesy of NASA.

Parmitano will assist the duo with the spacesuit preparations

NASA’s Mark Garcia said: “NASA astronauts Andrew Morgan and Christina Koch have cleared their schedule for a well-deserved rest day and are taking it easy aboard the International Space Station.

“All four astronauts will get back to work Thursday with final preparations for their second spacewalk this month.

“Morgan and Koch will not only ready their US spacesuits for Friday’s spacewalk, they will also research cancer therapies and microbial DNA sequencing.

“Parmitano will assist the duo with the spacesuit preparations and help Meir with an aerobic fitness evaluation.”

After the astronauts complete the spacewalk tomorrow, three more will be carried out before the end of the month. 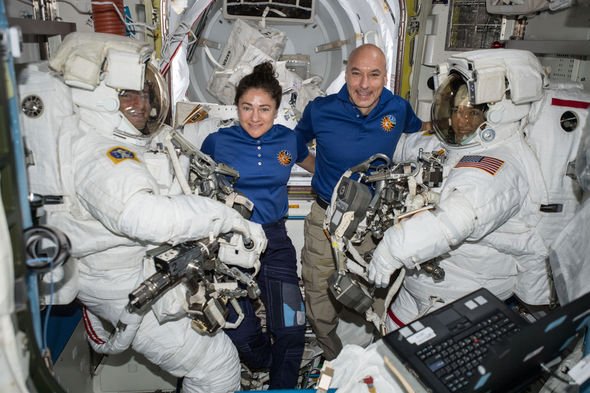 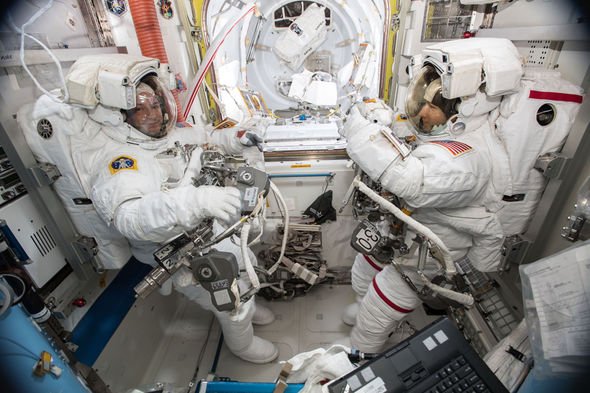 The third spacewalk will take place on October 16 with Mr Morgan and astronaut Jessica Meir.

The fourth spacewalk will see Mrs Koch and Ms Meir carry out the first-ever all-female spacewalk on the space station.

The monumental mission will be carried out on October 21.

The fifth and final battery upgrade will take place on October 25 between ISS Commander Luca Parmitano and Ms Meir.

1. The ISS’ large modules were delivered into orbit on a total of 42 flights – 37 US Space Shuttle launches and five Russian launches.

2. A total of six spacecraft can dock to the ISS at once.

3. The wingspan of the Space Station’s solar array measures 240ft or the equivalent of the Airbus A380.

4. A spacecraft launched from Earth can arrive at the Space Station in as little as six hours.