Home » Science » NASA Mars rover: These were the final moments of Opportunity rover before tragic death

NASA’s Opportunity rover was officially declared dead on February 13, after an unprecedented 15 years of Mars exploration. NASA lost all contact with the robotic Mars explorer in June 2018 but remained hopeful it could re-establish contact. On June 10, 2018, the rover was last located within the borders of Perseverance Valley near the Endeavour crater. NASA’s Opportunity went silent just as a planet-wide dust storm descended on Mars, blotting out the skies above the solar-powered rover.

Opportunity’s journey is outlined in a winding yellow path, starting at Eagle crater in the north.

Eagle crater was the landing spot selected for the Opportunity mission’s landing in 2004. 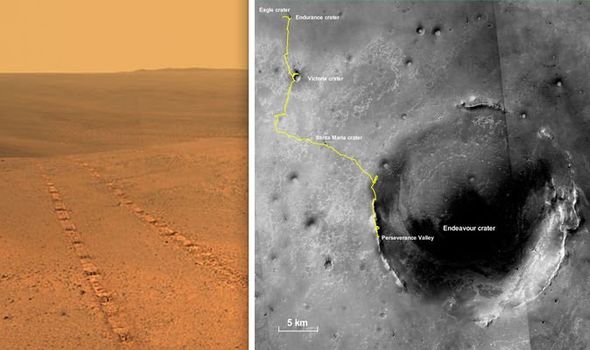 The rover then headed down south through Victoria crater, Santa Maria crater and through to Perseverance Valley.

NASA said: “This final traverse map for NASA’s Opportunity rover shows where the rover was located within Perseverance Valley on June 10, 2018, the last date it made contact with its engineering team.

“Visible in this map is a yellow traverse route beginning at Opportunity’s landing site, Eagle crater, and ranging 28.06 miles, 45.16km, to its final resting spot on the rim of Endeavour crater.

“The rover was descending down into the crater in Perseverance Valley when the dust storm ended its mission.”

On May 30, 2018, the US space agency detected a planet-sized dust storm was brewing, threatening to halt Opportunity’s activities.

The rover was descending down into the crater in Perseverance Valley

As the incredible dust storm darkened the skies, the brave little rover hunkered down to preserve its batteries and weather the storm.

Unfortunately, after defying all odds for 15 years, NASA was not unable to waken the rover from its self-induced slumber.

NASA Administrator Jim Bridenstine said: “It is because of trailblazing missions such as Opportunity that there will come a day when our brave astronauts walk on the surface of Mars. 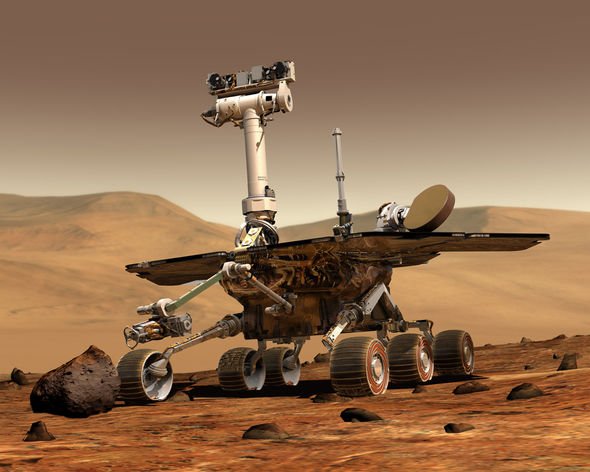 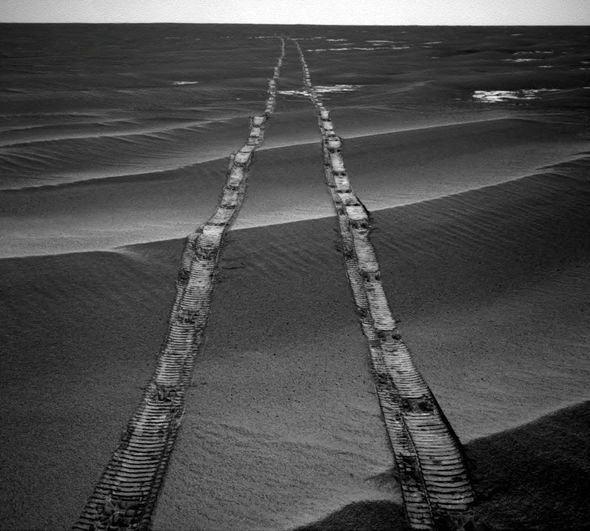 “And when that day arrives, some portion of that first footprint will be owned by the men and women of Opportunity, and a little rover that defied the odds and did so much in the name of exploration.”

And Thomas Zurbuchen, associate administrator of NASA’s Science Mission Directorate said: “I’m standing here with a sense of deep appreciation and gratitude to declare the Opportunity mission as complete.

“It transformed our understanding of our planet, everything we do and think about in our planetary neighbourhood with Mars and elsewhere relates to the research from that and the engineering breakthroughs that came from that.”

The next NASA rover to launch to Mars is the NASA Mars 2020 mission, planned to launch in the second half of July 2020.