The NASA astronaut welcomed three new crew members to the International Space Station on the 50th anniversary of the Moon landing. Astronauts Andrew Morgan from NASA, Russian cosmonaut Alexander Skvortsov and Luca Parmitano of the European Space Agency arrived at the ISS on Sunday, July 21. The three men flew to the space station aboard a Russian Soyuz spacecraft, rendezvousing with the ISS 250 miles (402km) above Earth. In Mrs Koch’s photos, the astronauts in their space capsule are nothing more than a small white blimp against the deep blue waters of our home planet.

Ms Koch tweeted over the weekend: “View of our crewmates arriving to @Space_Station yesterday.

“What a tremendously special day to launch. Welcome home @AstroDrewMorgan, @astro_luca and Alexander!”

The newly arrived astronauts will reinforce the space station over the coming six months under the banner of ISS Expedition 60.

At any one time, the ISS is equipped to house a full crew of six astronauts who spend their days performing groundbreaking experiments. 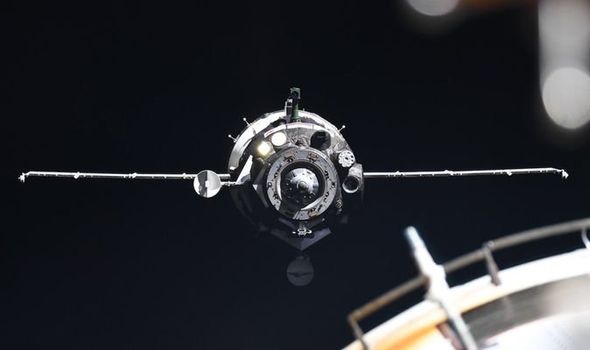 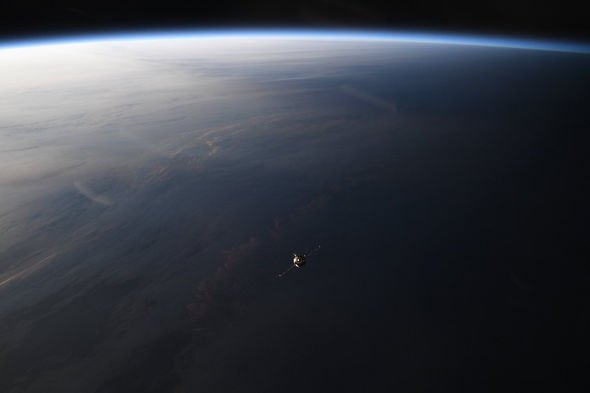 “Work on the unique microgravity laboratory advances scientific knowledge and demonstrates new technologies, making research breakthroughs that will enable long-duration human and robotic exploration of the Moon and Mars.”

Mrs Koch herself was selected by NASA to be an astronaut in 2013 and is working on the ISS as part of the Expedition 59, 60 and upcoming Expedition 61 crews.

View of our crewmates arriving to @Space_Station yesterday

By the time she returns to Earth after completing her mission, she will break the record for the longest spaceflight by a woman – 328 days in space.

The astronaut is joined in space by fellow NASA astronaut Nick Hague and cosmonaut Aleksey Ovchinin. 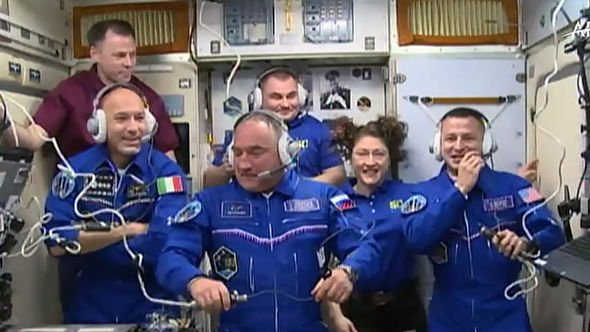 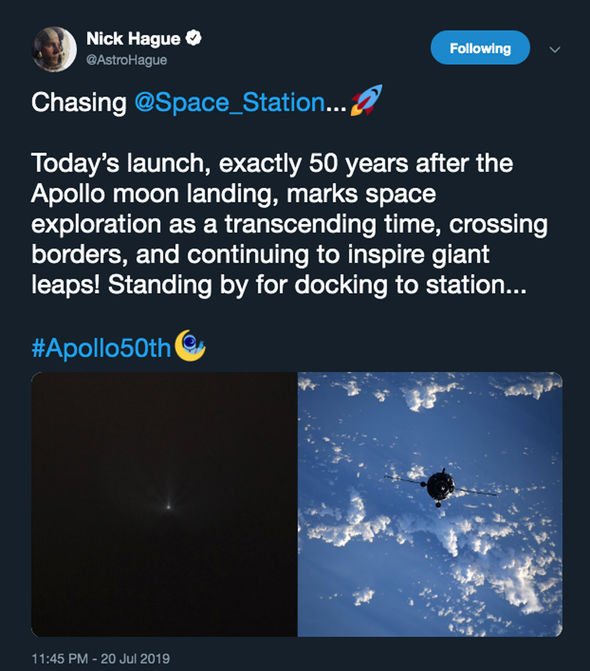 The International Space Station is a joint international effort with more than 230 astronauts representing 18 countries visiting over the years.

The space station has been continuously occupied since November 2000 – two years after its components first launched into space.

NASA said: “Highlights of upcoming investigations the crew will facilitate on the orbiting laboratory in the unique microgravity environment include the growth of moss aboard the station, a platform to attempt successful printing of biological tissues and bio-mining in space.”