Two astronauts from Expedition 61 carried out routine maintenance work on the outside of the ISS on November 22, with out-there images being released shortly afterwards. NASA astronaut Andrew Morgan and the European Space Agency’s Luca Parmitano carried out work on the ageing Alpha Magnetic Spectrometer (AMS) which analyses cosmic rays from deep space. The US-based space agency has now released a series of high definition images of the event, which lasted for a total of six hours and 33 minutes, showing the astronauts completing the impressive feat.

One of the images from the 11th spacewalk of the year shows Mr Parmitano taking a close up image of his visor, with the ISS appearing in the reflection.

Another shows NASA astronaut Mr Morgan accompanied with the US flag on his sleeve, hovering over a cloudy Earth.

The space agency said: “NASA astronaut and spacewalker Andrew Morgan points his camera, protected from the hazards of microgravity by shielding, toward himself to take an out-of-this-world ‘space-selfie’.” 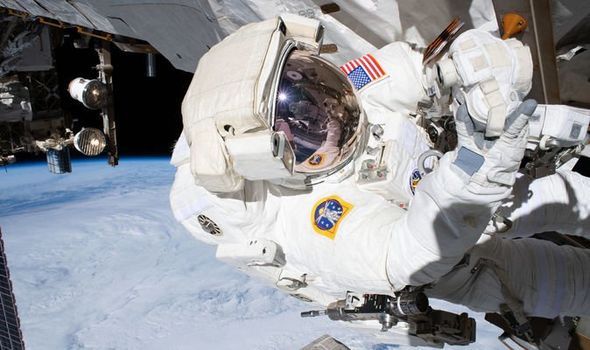 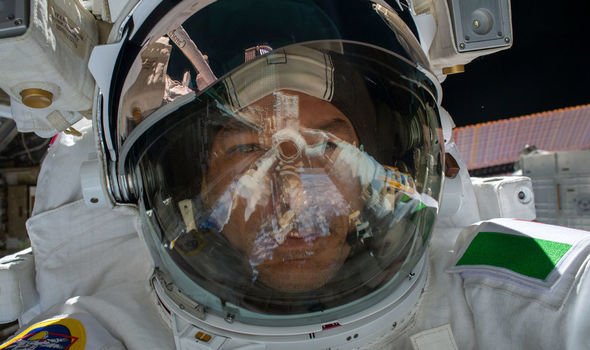 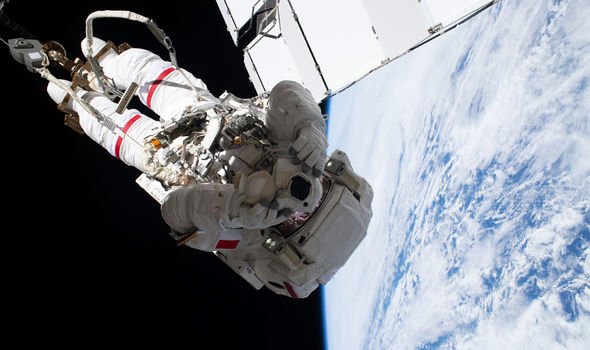 “Astronauts Andrew Morgan and Luca Parmitano are studying the careful, deliberate procedures with new tools specifically designed for the job.

“The AMS, which has exceeded its three-year operational lifespan by five-and-a-half years, was never designed to be repaired in space.”

NASA wants at least 10 more astronauts to spend a year on board the ISS so it can analyse how its astronauts cope in space before sending them to Mars in the future. 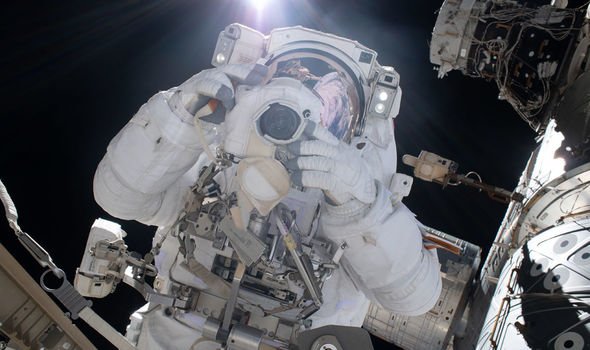 The space agency has plans in the pipeline to get humans to Mars in the 2030s but admits there is a lot more research to be done first.

One of the main issues NASA faces is how the journey to Mars will effect humans.

Initial estimates suggest it would take humans around nine months to get to Mars.

During that time, astronauts would be constantly bombarded from radiation from the Sun after leaving Earth’s protective atmosphere. 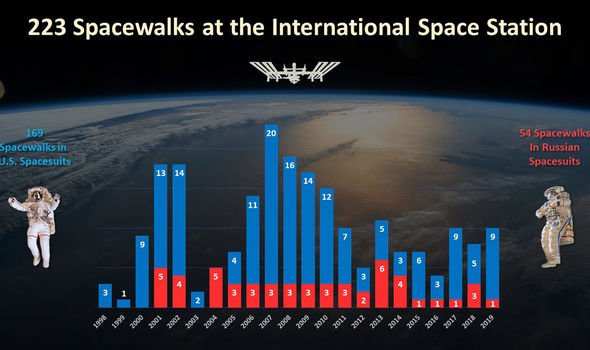 However, there is no protection from the radiation in space.

Another issue is how the lack of gravity will effect the body, as it can cause complications with blood flow and muscle atrophy.

Julie Robinson, NASA’s chief scientist for the ISS Program, said at the first Space Health Innovation Conference: “We really could do much more. We’re ready to do more, because we have 20 years of really good datasets.

“What we’re saying now is we want to really bump that up a notch and add 10 more subjects to that US database.”