The galaxies UGC 2369 are locked into each other’s powerful gravitational pull without any means of escape. NASA’s Hubble photo shows the effects of this attraction as the galaxies twist and contort in response. UGC 2369 is a pair of two galaxies slowly merging into one system as a result of their proximity. Individually, they are known as the Northern Galaxy UGC 2369 (UGC 2369N) and the Southern Galaxy UGC 2369 (UGC 2369S).

Our home galaxy, the Milky Way, and the Andromeda galaxy will suffer the same fate in approximately four millions years.

In the NASA photo, you can see the glow of “millions upon millions” of stars glowing at once in the duo.

The gap in-between the galaxies is bridged by vast amounts of cosmic dust and stellar gas.

The intense blue light seen on the right is likely the glow of young and extremely hot supergiant stars. 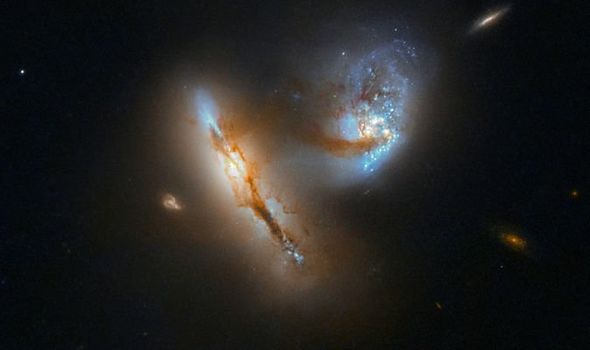 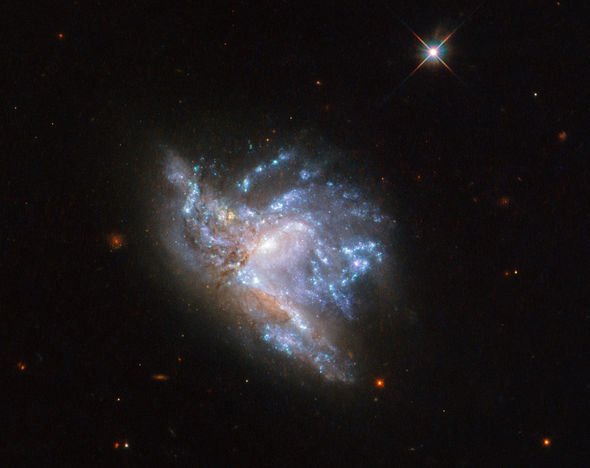 Older stars, that have been burning hydrogen for longer, tend to be a little cooler and their colours shift to the red end of the spectrum.

Luminescent creatures at play in this image are actually galaxies

The European Space Agency (ESA), which operates Hubble with NASA, said: “The pair of strange, luminescent creatures at play in this image are actually galaxies – realms of millions upon millions of stars.

“This galactic duo is known as UGC 2369. The galaxies are interacting, meaning that their mutual gravitational attraction is pulling them closer and closer together and distorting their shapes in the process.

“A tenuous bridge of gas, dust and stars can be seen connecting the two galaxies, created when they [pulled out into space across the diminishing divide between them.”

According to the space agency, such interactions are a common occurrence throughout the history of the cosmos.

The Milky Way, for instance, is believed to have cannibalised smaller galaxies during its 13.51-billion-year-old lifespan.

Larger collisions, however, are a rarer occurrence but they are not unheard of.

In March this year, the Hubble took a picture of the galactic duo NGC 6052 similarly falling towards one another in deep space. 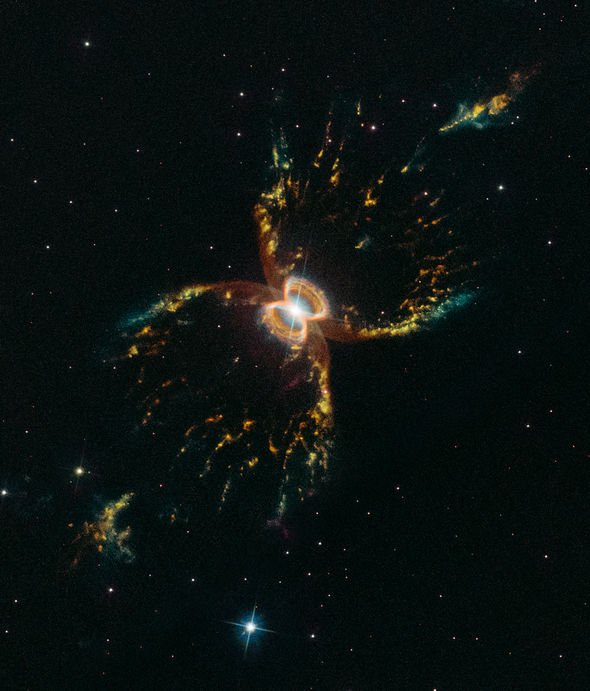 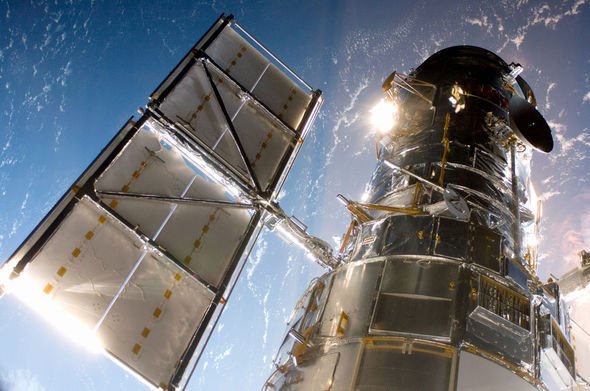 ESA said: “For larger galaxies like the Milky Way, the majority of these interactions involve significantly smaller so-called dwarf galaxies.

“But every few billion years, a more momentous event can occur.

“For our home galaxy, the next big event will take place in about four billion years, when it will collide with its bigger neighbour, the Andromeda galaxy.

“Over time, the two galaxies will likely merge into one — already nicknamed Milkomeda.”