Dust storms are common on Mars, but approximately every decade or so, something unpredictable happens. New NASA Mars Reconnaissance Orbiter images reveal a series of violent storms have broken out, covering the Red Planet in a dusty haze.

NASA believes such a global dust storm was responsible for ending the Mars Opportunity rover’s mission in 2018.

These are concentrated clouds of dust that warm in sunlight and quickly rise high into the air.

NASA believes dust-trapped water vapour may have ridden these clouds into space, where brutal solar radiation tears their molecules apart. 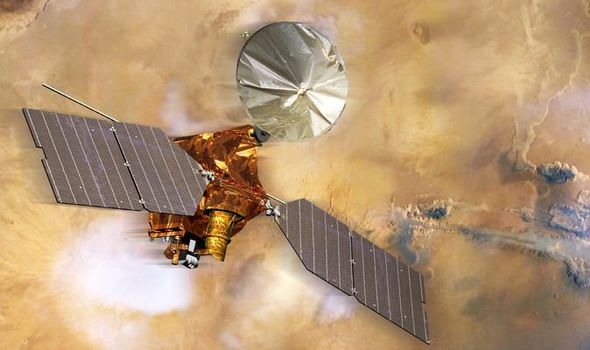 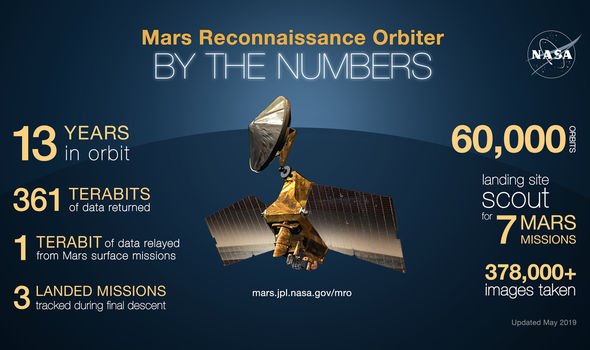 This may help explain how Martian water disappeared over aeons.

While they also occur under normal conditions, the freak weather phenomena appear to form in greater numbers during global storms.

A dust tower starts at the planet’s surface as an area of rapidly lifted dust the size of Hampshire.

As the tower decays, it can form a layer of dust 35 miles (56km) above the surface potentially wider than the continental United States. 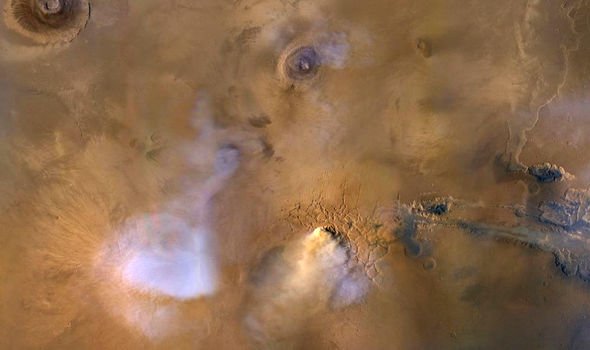 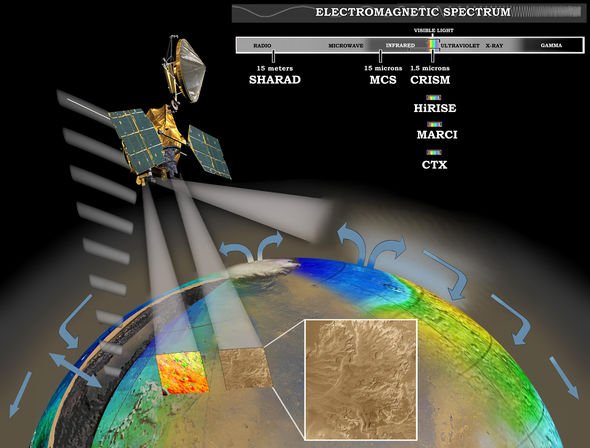 The cutting-edge instrument is specifically designed for measuring dust levels.

The data, coupled with images from a camera aboard the orbiter called the Mars Context Imager (MARCI), enabled scientists to detect the monstrous dust towers.

“We really don’t have anything like this on the Earth, where the entire planet’s weather changes for several months.”