Saturn is the sixth planet from the Sun, renowned for its colourful concentric rings. Dubbed by NASA the Jewel of the Solar System, Saturn has been the focus of the space agency’s Cassini mission for an incredible 13 years. On Friday, September 20, NASA shared a beautiful head-on picture of Saturn taken by the Cassini spacecraft. The image features the Sun lighting up the planet’s rings with a narrow band of sunlight creeping over the curve of the planet from above.

The dark side of the planet is the nightside of Saturn, which is not visible from Earth.

The Saturn picture was shared on Friday under NASA’s Astronomy Picture of the Day – a series of daily images displaying the beauty of the cosmos. 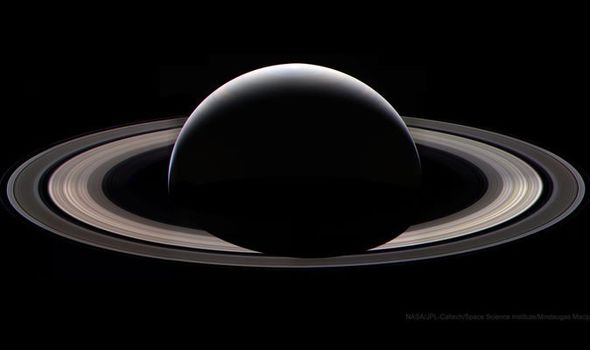 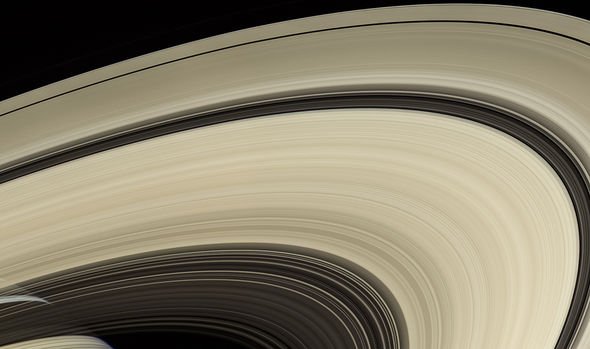 “But this stunning view of Saturn’s rings and night side just isn’t possible from telescopes closer to the Sun than the outer planet. They can only bring Saturn’s day into view.

“In fact, this image of Saturn’s slender sunlit crescent with night’s shadow cast across its broad and complex ring system was captured by the Cassini spacecraft.”

The Cassini spacecraft ended its journey around Saturn on September 15, 2017, when it spectacularly plunged towards the Ringed Giant.

Three days before the death dive, the spacecraft took a series of 36 images that were stitched into this portrait.

The Sun is positioned just above Saturn, which has caused the planet to cast its shadow onto its rings.

NASA said: “A robot spacecraft from planet Earth, Cassini called Saturn orbit home for 13 years before it was directed to dive into the atmosphere of the gas giant on September 15, 2017.

“This magnificent mosaic is composed of frames recorded by Cassini’s wide-angle camera only two days before its grand plunge.

“Saturn’s night will not be seen again until another spaceship from Earth calls.” 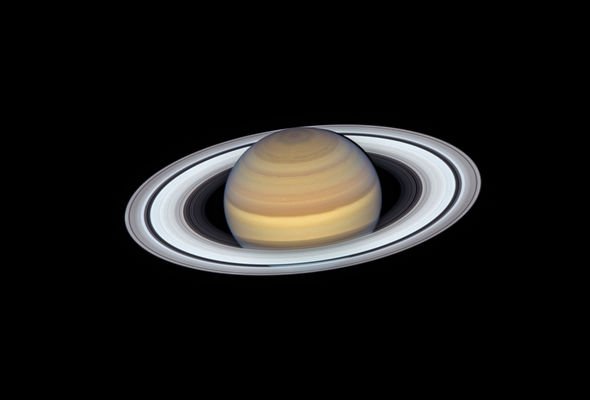 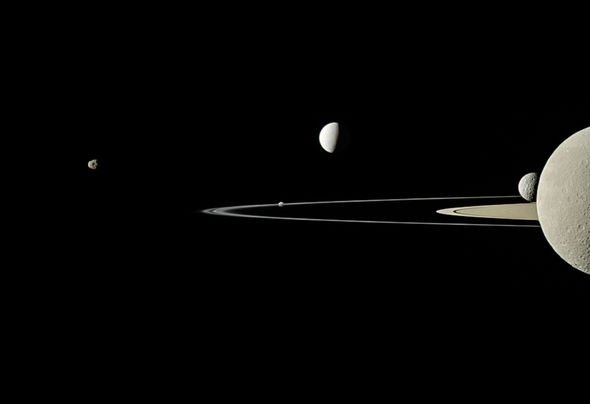 Quick facts about the Jewel of the Solar System, Saturn:

1. Saturn is the sixth planet from the Sun and the second-largest planet in the solar system.

2. Saturn’s atmosphere is composed of primarily hydrogen and helium.

3. Just like Jupiter, scientists believe the planet does not have a solid surface but does have a solid core deep inside.

4. There are 53 confirmed moons orbiting Saturn and another nine waiting confirmation.

5. Saturn has a total of seven rings with many gaps in between them.