Home » Science » NASA news: What is this ‘Christmas ornament’ snapped by NASA’s Hubble in deep space?

NASA has embraced the festive spirit this Christmas, sharing some of its most stunning pictures of deep space. In one such photo, NASA’s Hubble Space Telescope appears to have photographed a “holiday ornament wrapped in a ribbon”.

The NASA picture features a large cloud of colourful gas set against a starlit backdrop of deep space.

The billowing clouds of gas are aglow in hues of blue, orange and yellow.

Among the beautiful features are individual, diamond-like stars.

NASA’s Hubble astronomers tweeted: “#HubbleClassic With some imagination, this nebula looks like a glass-blown holiday ornament wrapped in a ribbon. 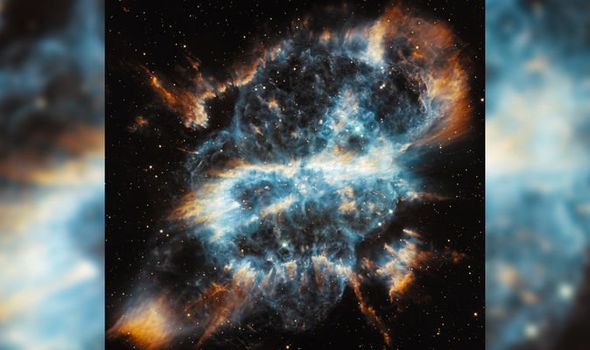 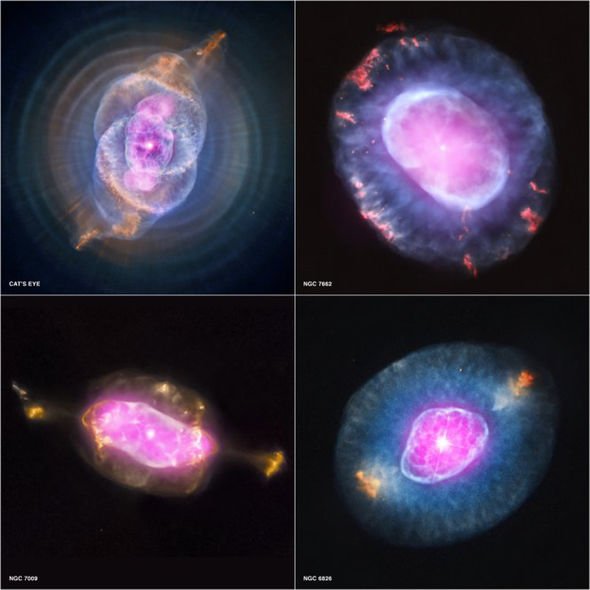 NGC 5189 is a so-called planetary nebula or a monstrous cloud of ionised gas ejected by an expanding star.

If a star is not big enough to collapse into a black hole, it will expand into a red giant and then a white dwarf in the last stages of its life.

The expansion into a red giant leaves behind a shell of gas like the one in the picture above.

Usually, at the centre of these planetary nebulas, you can see the bright glow of the white dwarf – the star’s dense core.

However, planetary nebulas have nothing to do with planets and instead have earned the name because of their round shape.

NASA said: “Planetary nebulae represent the final brief stage in the life of a medium-sized star like our Sun.

“While consuming the last of the fuel in its core, the dying star expels a large portion of its outer envelope.

“This material then becomes heated by the radiation from the stellar remnant and radiates, producing glowing clouds of gas that can show complex structures, as the ejection of mass from the star is uneven in both time and direction.” 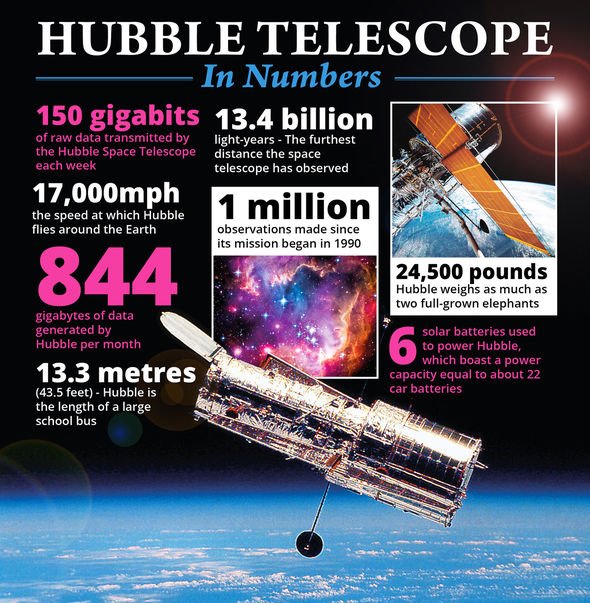 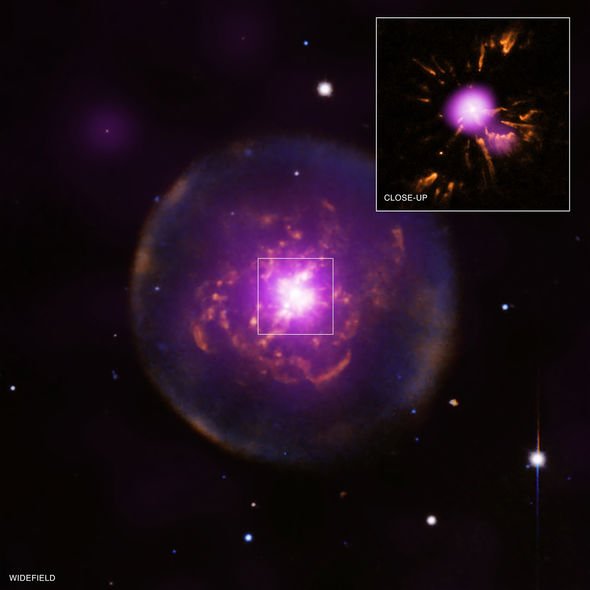 In this particular case, NGC 5189 is less round and more “knotty filamentary in its structure”.

According to NASA, this is the result of the star losing its mass and creating two structures expanding in two directions, away from each other.

The usual expansion of the nebula could be explained by the presence of another star in the system – a binary companion.

The neighbouring star could have disrupted the red giant with its gravity enough for the nebula to take on the unusual shape.

But this is a mystery NASA is yet to solve because there is no binary companion orbiting near the nebula.

NASA said: “The remnant of the central star, having lost much of its mass, now lives its final days as a white dwarf.

“However, there is no visual candidate for the possible companion.

“The bright golden ring that twists and tilts through the image is made up of a large collection of radial filaments and cometary knots.

“These are usually formed by the combined action of photo-ionising radiation and stellar winds.”