NASA’s Hubble Space Telescope has spotted a “peculiar galaxy” located 130 million light years away that’s bigger than the Milky Way. The image was captured of the galaxy called NGC 772 which is located in the constellation Aries. One noticeable difference between the galaxy and our own is the that it does not have a bar, unlike the Milky way which is a barred galaxy.

Bars are bands of bright light caused by structures of dust and gas which run along the centre of galaxies.

In a barred galaxy, bars contribute to the formation of stars by funnelling dust and gas into the core of the galaxy.

In galaxies like NGC 772, this effect is missing, although there is still a lot of dust and gas around for star formation in other parts of the galaxy.

NGC 772 is also an unusual stretched shape, which means it is technically classified as a “peculiar galaxy.” 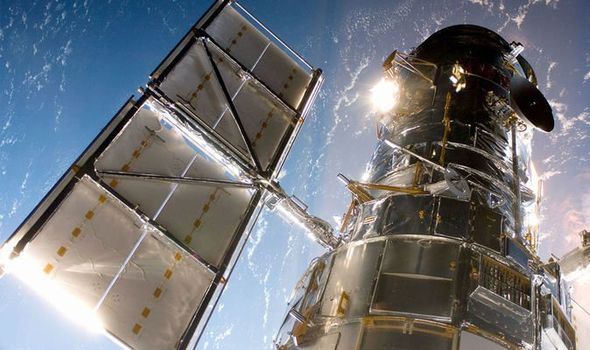 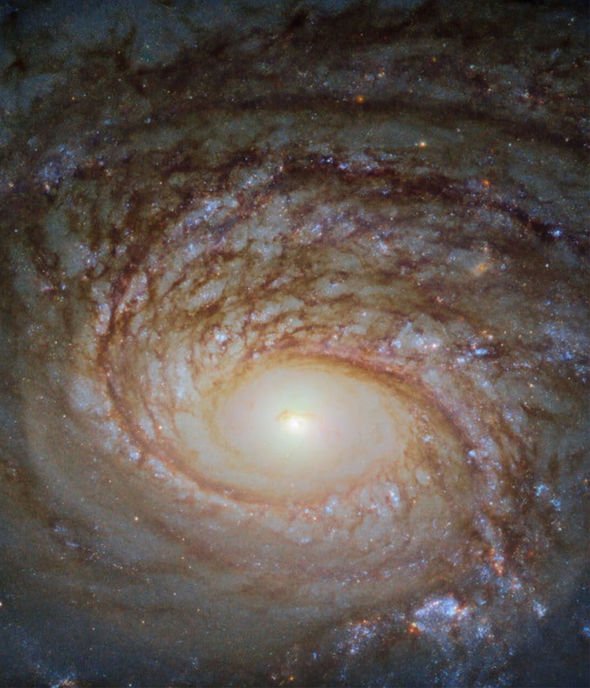 The peculiarity in its shape in this case is its arm in the upper portion of the image, which has distorted as its twisted and extended.

The shape is caused by the movements of a nearby satellite galaxy, which is gravitationally bound to a larger galaxy and which orbits around it.

Our galaxy also has satellite galaxies including the Large Magellanic Cloud and Small Magellanic Cloud, but observations made by the Hubble telescope suggest that these galaxies may be moving too fast to truly be in orbit around our galaxy.

However, it is believed that these orbiting galaxies may cause the end of our own as a major collision could cause the black hole at the centre of our galaxy to increase in size destroying everything nearby. 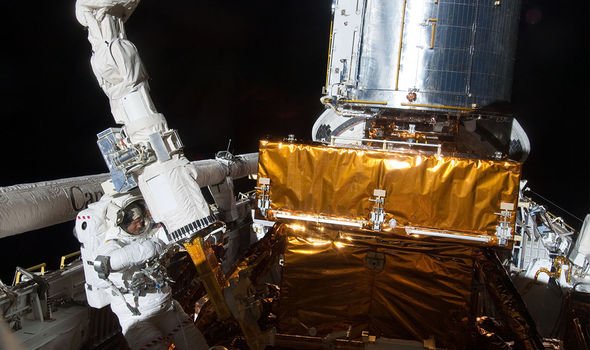 The observation of the galaxy comes as last week the telescope took pictures of ominous black hole shadows across the planet Jupiter.

The three shadows appear to disturb the marbled surface of Jupiter in the planet’s upper hemisphere.

NASA’s photo also portrays the Gas Giant in an unusual array of pastel-like hues of green, blue and pink.

The colours are caused by the Hubble telescope photographing Jupiter in infrared wavelengths. 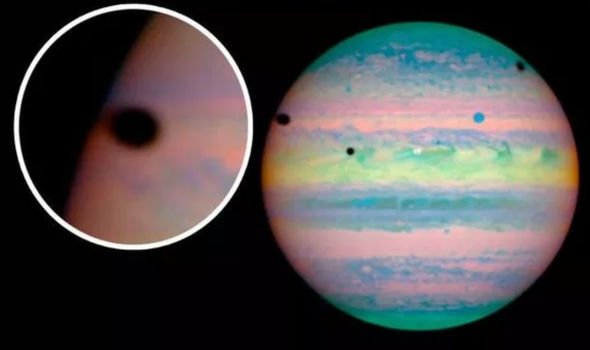 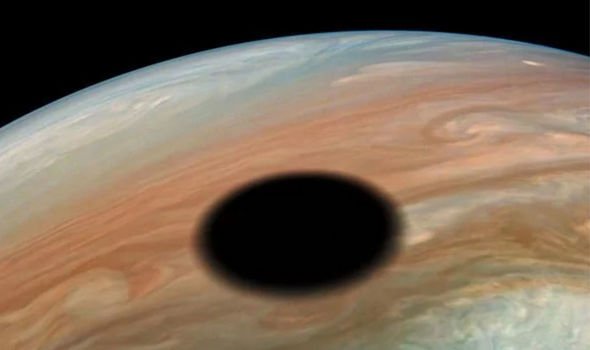 The three dark shapes the planets surface were the result of three solar eclipses simultaneously unfolding on Jupiter.

According to NASA, the shadows are the solar eclipses of Jupiter’s largest moons Io, Ganymede and Callisto.

Ganymede’s shadow sits on the far left edge, followed by Io’s shadow just to the right.

You can also see Io’s shadow on the far right edge of the Gas Giant.

If you watched the event from Jupiter, you would see the three moons pass directly in front of the Sun.

Jupiter unlike Earth with only one moon, has a whopping 79 known moons.

But even with so many satellites, NASA said the appearance of three eclipses at once is an incredibly rare occurrence.

The US space agency said: “Why is this triple eclipse so unique? Io, Ganymede, and Callisto orbit Jupiter at different rates. 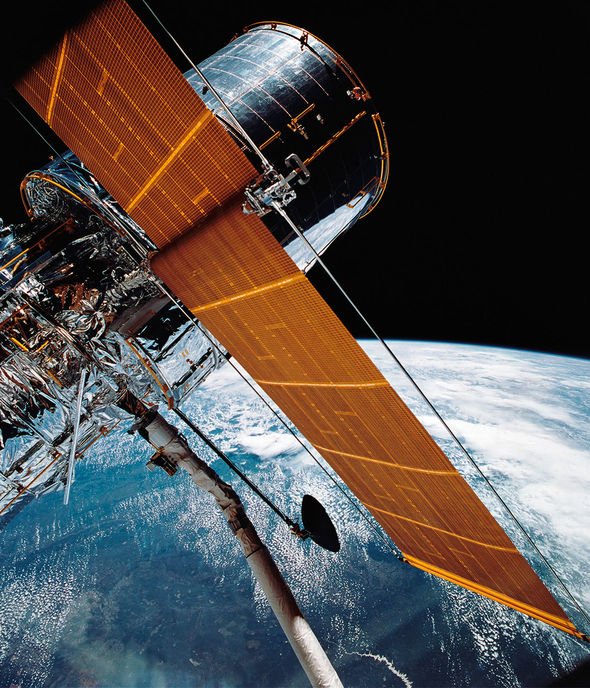 “Their shadows likewise cross Jupiter’s face at different rates. For example, the outermost moon Callisto orbits the slowest of the three moons.

“Callisto’s shadow moves across the planet once for every 20 shadow crossings of Io.

“Add the crossing rate of Ganymede’s shadow and the possibility of a triple eclipse becomes even more rare.”