NASA will launch a new satellite into the atmosphere today in the hopes of learning more about the mysterious phenomenon of space weather.

Named ICON, or Ionospheric Connection Explorer, the satellite is scheduled to launch from Cape Canaveral, Florida at 9:30PM EST on Thursday, October 10th.

The goal is to place a new satellite in orbit 360 miles above the Earth’s surface, to collect data on space weather events that occur as charged particles from the sun enter the Earth’s atmosphere. 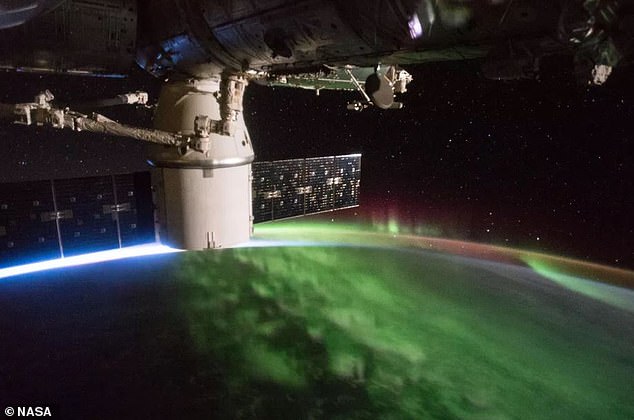 NASA’s ICON satellite (pictured above) will collect data about space weather from the Earth’s upper atmosphere.

Data about space weather can be valuable both for scientific research and because it can effect a number of satellites currently in orbit in the ionosphere.

Space weather events can disrupt GPS satellites, power grids, and communication systems, so learning more about them will help keep civilization up and running.

‘We are looking to be able to inform modelers and theorists about what needs to be measured to make better predictions for the ionosphere tomorrow,’ Thomas Immel, one of the project leads, told The Verge.

The ionoshphere is the outermost layer of the Earth’s atmosphere, and is important because its where radio waves used for communication and navigation on Earth travel. 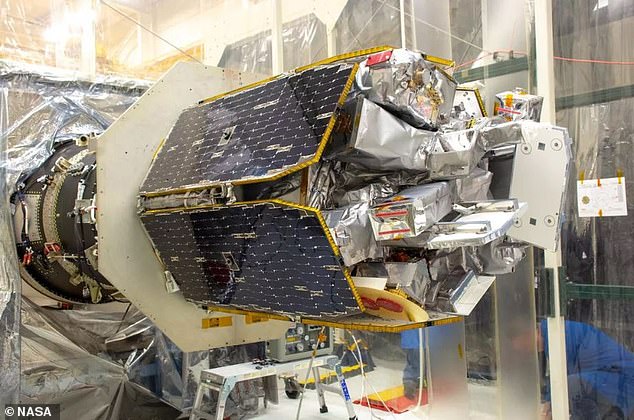 The ICON satellite (pictured above) was originally planned for launch in 2017 but was delayed due to mechanical problems.

WHAT IS ‘SPACE WEATHER?’

Space weather described a number of different phenomena that occur as a result of charged particles sent out into space from the surface of the sun.

Some examples include the polar lights, coronal mass ejections, and geomagnetic storms.

A number of space weather events occur when charged particles from the sun enter the upper most region’s of the Earth’s atmosphere.

Radiation from the sun ionizes the particles in ionosphere creating a layer of electrons that can vary substantially during solar cycles—the 11 year-period it takes for the Sun’s north and south poles switch positions.

ICON had originally been planned for a 2017 launch but a series of mechanical failures led to a number of delays.

The launch will be carried out from another aircraft already inflight, a Lockheed L-1011 Tristar craft named Stargazer.

Last year, the ESA’s Met Office issued a warning that one particularly devastating form of space weather, a solar storm, is inevitable and could devastate Earth’s power grids and communication networks.

In 1859, a large solar storm, called The Carrington Event, caused streams of fire to come out of telegraph equipment and turned the sky blood red.

WHAT ARE SOLAR STORMS AND ARE THEY DANGEROUS?

Solar storms, or solar activity, can be divided into four main components that can have impacts on Earth:

While these may seem dangerous, astronauts are not in immediate danger of these phenomena because of the relatively low orbit of manned missions.

However, they do have to be concerned about cumulative exposure during space walks.

This photo shows the sun’s coronal holes in an x-ray image. The outer solar atmosphere, the corona, is structured by strong magnetic fields, which when closed can cause the atmosphere to suddenly and violently release bubbles or tongues of gas and magnetic fields called coronal mass ejections

The damage caused by solar storms

Solar flares can damage satellites and have an enormous financial cost.

Very large flares can even create currents within electricity grids and knock out energy supplies.

When Coronal Mass Ejections strike Earth they cause geomagnetic storms and enhanced aurora.

A large influx of energy could flow into high voltage power grids and permanently damage transformers.

This could shut off businesses and homes around the world.