The NASA astronaut was briefly the loneliest man in the universe when he solitarily orbited the Moon during Apollo 11 in 1969. But the US astronaut may have not been so lonely after all, if his suspicions about alien life in deep space come true. In a Twitter exchange with his more than 62,500 followers, Mr Collins spoke about the alien mysteries humans might one day encounter.

The NASA astronaut was asked by a fan if he considers seeking alien life beyond Earth or finding a habitable plane to settle as more important.

In his opinion, the Apollo 11 veteran said both options are intertwined with one another.

Mr Collins said in a tweet: “I think of it all as Outward Bound, a journey that may reveal both life and place.

“Ultimately, a place to live may be the final goal but may be dependant upon the life forms found there. 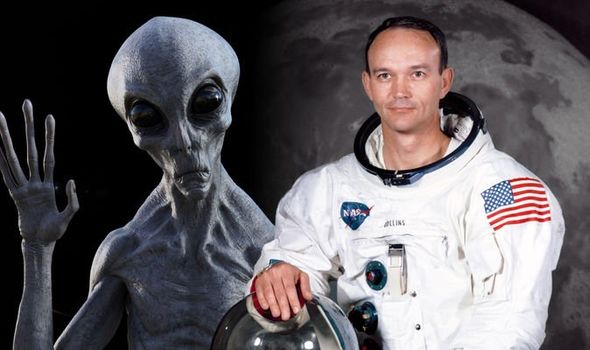 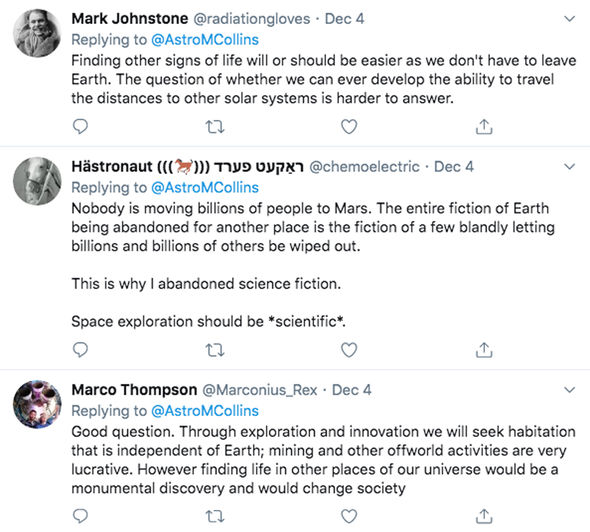 “I just hope we never have to make the decisions to leave this Earth. #AskMichaelCollins”

In response to the astronaut’s tweet, Mark Johnstone said: “Finding other signs of life will or should be easier as we don’t have to leave Earth.

“The question of whether we can ever develop the ability to travel the distance to other solar systems is harder to answer.”

Marco Thompson said: “Good question. Through exploration and innovation we will seek habitation that is independent of Earth; mining and other off-world activities are very lucrative.

“However finding life in other places of our universe would be a monumental discovery and would change society.”

“But finding life away from Earth would be the most significant moment in human history.

“We’d know for sure that life forms independently more than once, hence that the Universe is full of it; that we are not- alone.”

Mr Collins has spent the last months answering select questions from his fans, submitted on Twitter under the hashtag #AskMichaelCollins. 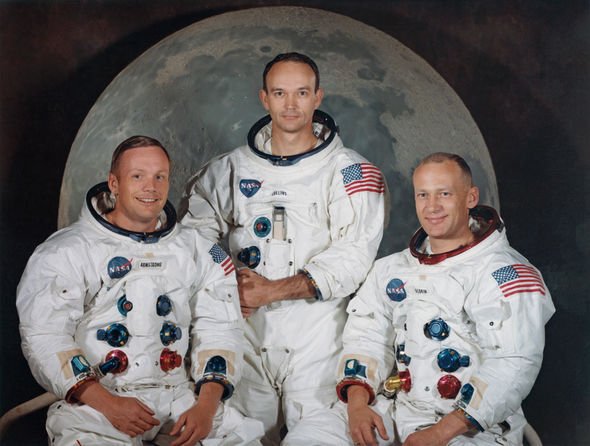 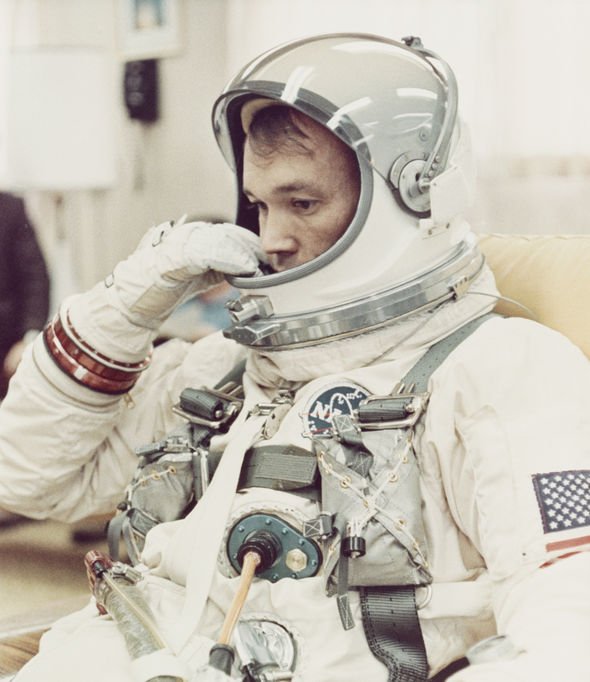 In August, for instance, the astronaut was asked if he believed in life outside of Earth.

Mr Collins replied to the question with a simple “yes”, prompting excited responses from his Twitter followers.

Mr Collins was one of the three astronauts who flew to the Moon on the monumental Apollo 11 mission in July 1969.

As the Command Module Pilot for the mission, the astronaut remained in lunar orbit where he awaited the safe return of his fellow astronauts.

The Command Module Pilots served a critical role in the Apollo programme, acting as a lifeboat and ticket back home for the two astronauts who walked on the Moon.

Together with astronaut John Young, he successfully performed an orbital rendezvous with another spacecraft in Earth orbit.

Mr Collins would later go on to say Gemini 10 taught him to be comfortable “many miles above Earth”, how to ration his energy and how to appreciate his crewmates.