Home » Science » NASA stunned by Earth-like planet in habitable zone: ‘One we’ve been looking for’

Kepler is a retired space telescope launched by NASA to discover Earth-size planets orbiting other stars. It was designed to survey a specific portion of Earth’s region in the Milky Way to discover similar planets and estimate how many of the billions of stars have such planets. Kepler’s sole scientific instrument was a photometer that continually monitored the brightness of approximately 150,000 main sequence stars in a fixed field of view.

This data was transmitted to Earth, then analysed by scientists to detect periodic dimming caused by exoplanets that cross in front of their host star.

Over the course of almost a decade, Kepler observed 530,506 stars and detected 2,662 planets, but the Science Channel’s ‘NASA’s Unexplained Files’ revealed how one caught the eyes of astronomers.

The narrator said: “The £500million Kepler telescope is four years into its mission to find potential life-sustaining planets.

“Analysing data from the distant Cygnus star field, the Kepler team spots what appears to be a very promising planet.” 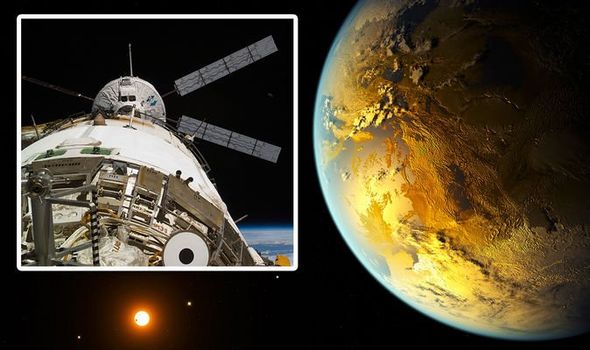 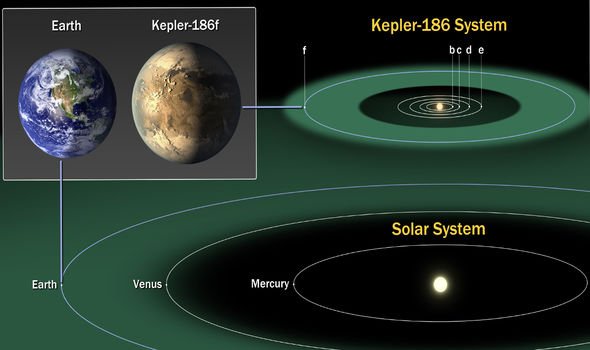 Australian astrophysicist Jessie Christiansen revealed the moment scientists at NASA believed they had hit the jackpot.

She said: “We have this new batch of data down from the spacecraft.

“We’re all analysing the data and Tom Barclay runs around to everybody’s offices and says, ‘Have you seen this planet?

“It’s Earth-sized and in the habitable zone of its star – everybody was extremely excited.” 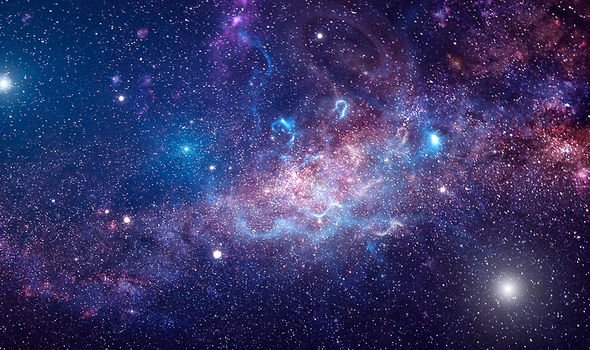 The planet was found inside the Goldilocks Zone, the habitable area around a star where the temperature is just right – not too hot and not too cold – for liquid water to exist on a planet.

She added: “Kepler-186f was the first example of a planet that’s about Earth’s size and in a habitable zone.

“So it was a cause for celebration.

“I would love to imagine that Kepler-186f has a dense atmosphere which is equivalent to the density of water. 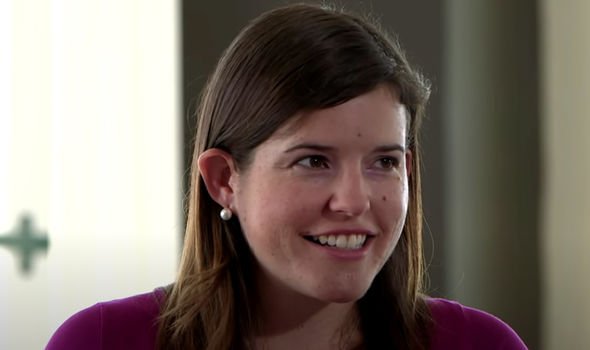 “You can imagine creatures that can move easily between water and air.”

But there was a crucial difference to Earth.

Dr Christiansen added in the 2015 clip: “It’s more like Earth’s cousin, but it’s orbiting a very different star from the Sun.

“The star it orbits is an M dwarf, so it’s only about half the size of the Sun, it’s smaller, it’s redder, it’s cooler.

“The light from the star is quite red so the oceans will look quite orange. Vegetation might do very well because there is so much more light. 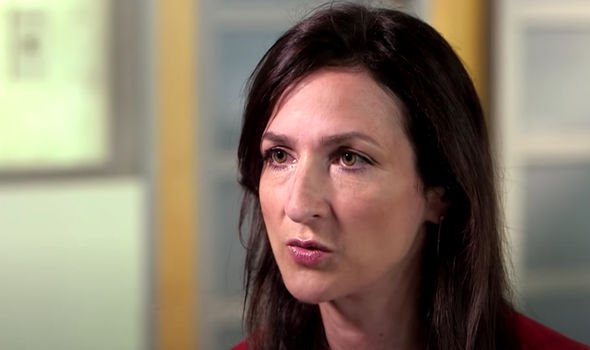 “It is likely older than our star and Earth, which means life could be more advanced than us – if there is life there.”

At nearly 582 light-years distant, Kepler-186f is too far and its star too faint for current telescopes or the next generation of planned telescopes to determine its mass or whether it has an atmosphere.

However, the discovery of Kepler-186f demonstrated conclusively that there are other Earth-sized planets in habitable zones.

The Kepler spacecraft focused on a single small region of the sky but next-generation planet-hunting space telescopes, such as TESS and CHEOPS, will examine nearby stars throughout the cosmos.