Cavemen on the costas: Neanderthals travelled to the Spanish coast in search of the Summer sun – just like modern-day holidaymakers

Early humans in Europe travelled south towards sunny Spain to avoid the cold and give them better chances of survival, a new study suggests.

Neanderthals, an early relative of humans, fled other parts of Europe during the last ice age and arrived in Gibraltar, the southern tip of the Iberian Peninsula.

Spanish scientists have based this on the discovery of a footprint found in the quarry in the ‘climate refuge’ of Gibraltar, which is located on Spain’s southern tip.

The Spanish team used advanced photographic imaging and light techniques to ascertain the age and owner of the footprint – a Neanderthal teenager who lived around 30,000 years ago.

Europe at the time was going through the last ice age when glaciers covered huge parts of the Earth and snow covered everything north of the River Ebro, which runs along the north of Spain.

‘There were few family members and they came to spend the summer on the south coast of the peninsula just like today,’ Joaquín Rodríguez Vidal, professor of geodynamics and paleontology at the University of Huelva, Spain, told El País. 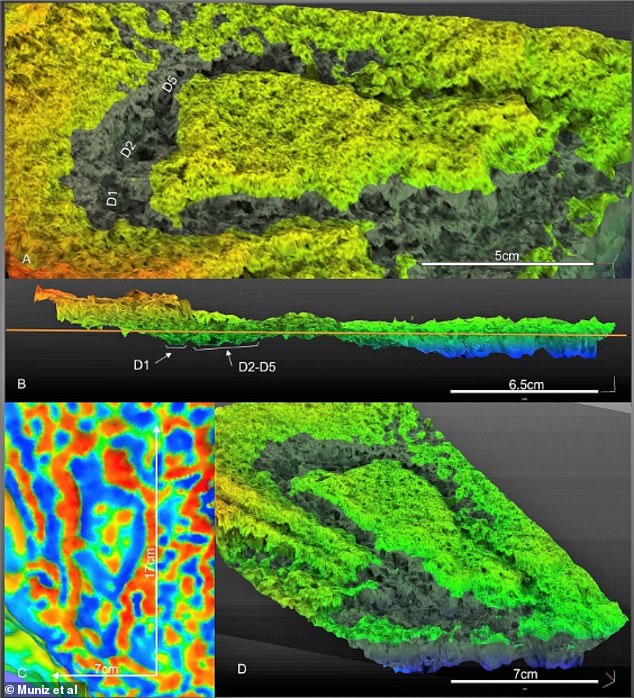 A 3D model of the footprint found in a quarry in Gibraltar, a British Overseas Territory in the south of the Iberian peninsula

The footprint indicates the Iberian peninsula was a sanctuary for this species at that time.

‘In Gibraltar, there must have been a small group that arrived in the area by following their prey,’ Professor Vidal said. ‘They were seasonal settlements.

‘They found a varied diet here and a climate that, according to the levels of pollen, was much more likely to guarantee survival.’

The research team based their conclusion of the discovery of fossilised footprints beneath the ground, found in the Catalan Bay quarry on the east side of Gibraltar, which they analysed with photogrammetric techniques.

One of these footprints, which was measured as 6.6 inches long, 2.7 inches wide and 0.8 inches deep, was identified as belonging to a Neanderthal teenager estimated at about 4 foot 3 inches tall, made 28,300 years ago. 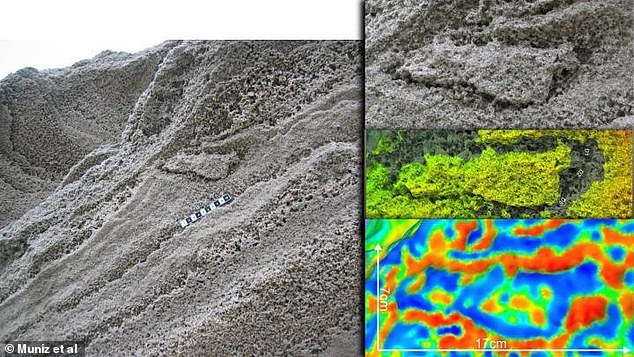 ‘The photogrammetry has provided evidence on the shape of the toes, heel, arch and the footpads,’ said Fernando Muñiz, professor of crystallography and mineralogy from the University of Seville.

‘There is no doubt that it is from a hominoid. The comparison with other footprints shows that it belongs to a Neanderthal.’

Neanderthals, or Homo neanderthalensis, are an extinct species of humans that are thought to have lived until about 40,000 years ago. 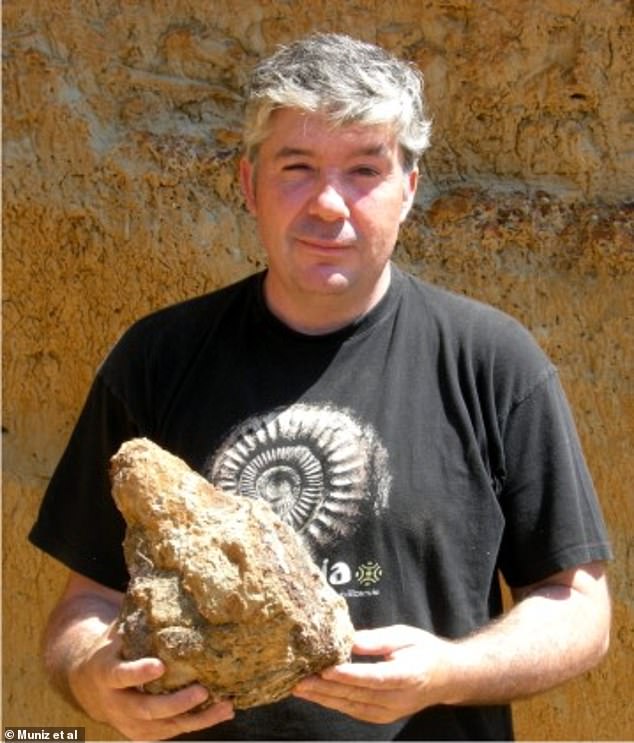 The footprint’s estimated age was obtained using luminescence dating, a technique that determines how long ago mineral grains were last exposed to sunlight.

A research paper published in Nature in 2006 questioned whether Neanderthals became extinct 40,000 years ago due to the discovery of Neanderthals’ stone tool remains dating between 24,000 and 28,000 years prior.

The research was seminal in its suggestion that Homo neanderthalensis and today’s humans, Homo sapiens – which arrived in Europe from Africa later – co-existed for as long as 4,000 years. 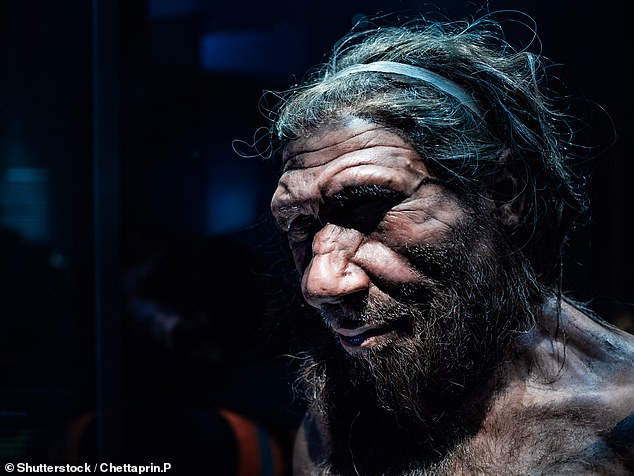 The site of that discovery was in Gibraltar’s Gorham’s Cave, where Neanderthal artefacts were first discovered more than 60 years ago.

However, the new research found ‘no evidence of violence’ and no traces of Homosapiens in this area, which questions the theory that competition between the two species caused Neanderthals’ extinction.

‘The groups were very small and were forced into consanguinity, which is more likely to be the cause of their extinction,’ said Professor Vidal.

The research team, which published their study in Quaternary Science Reviews, found a range of mammalian footprints from other animals that would have travelled south to escape the cold, including to elephants, goats, bovids and felines.