Home » Science » Neglected After Apollo, the Moon Comes Back Around

[Read all Times reporting on the 50th anniversary of the Apollo 11 moon landing. | Sign up for the weekly Science Times email.]

Everyone, it seems, wants to go the moon now.

In January, Chang’e-4, a Chinese robotic spacecraft including a small rover, became the first ever to land on the far side of the moon. India is aiming to launch Chandrayaan-2 this month, its first attempt to reach the lunar surface. Even a small Israeli nonprofit, SpaceIL, tried to send a small robotic lander there this year, but it crashed.

In the coming decades, boots worn by visitors from these and other nations could add their prints to the lunar dust. China is taking a slow and steady approach, and foresees its astronauts’ first arrival about a quarter of a century in the future. The European Space Agency has put out a concept of an international “moon village” envisioned for sometime around 2050. Russia has also described plans for sending astronauts to the moon by 2030, at last, although many doubt it can afford the cost.

In the United States, which sent 24 astronauts toward the moon from 1968 to 1972, priorities shift with the whims of Congress and presidents. But NASA in February was suddenly pushed to pick up its pace when Vice President Mike Pence announced the goal of putting Americans on the moon again by 2024, four years ahead of the previous schedule.

“NASA is highly motivated,” Jim Bridenstine, the former Oklahoma congressman and Navy pilot picked by President Trump to be the agency’s administrator, said in an interview. “We now have a very clear direction.”

For India, reaching the moon would highlight its technological advances. China would establish itself as a world power off planet. For the United States and NASA, the moon is now an obvious stop along the way to Mars.

The fascination with Earth’s celestial companion is not limited to nation-states. A bevy of companies has lined up in hopes of winning NASA contracts to deliver experiments and instruments to the moon. Blue Origin, the rocket company started by Jeff Bezos, founder and chief executive of Amazon, is developing a large lander that it hopes to sell to NASA for taking cargo — and astronauts — to the moon’s surface.

Eyes on other prizes 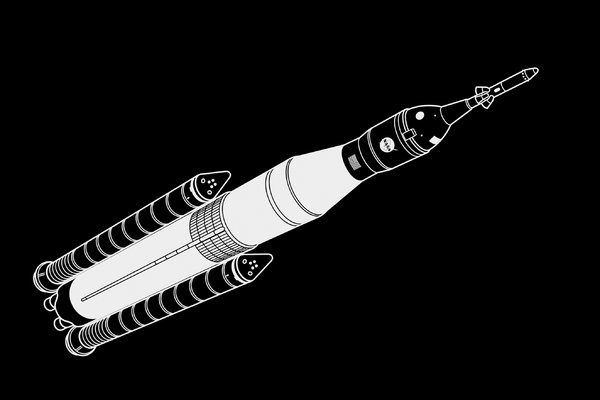 For three decades after the end of the Apollo program, few thought much about the moon. The United States had beaten the Soviet Union in the moon race. After Apollo 17, the last visit by NASA astronauts in 1972, the Soviets sent a few more robotic spacecraft to the moon, but they soon also lost interest in further exploration there.

NASA in those years turned its attention to building space shuttles and then the International Space Station. Its robotic explorers headed farther out, exploring Mars more intensely, as well as the asteroid belt and the solar system’s outer worlds.

Mr. Bridenstine says one of the main reasons for accelerating a return to the moon now is to reduce the chances of politicians changing their minds again. A 2024 landing would occur near the end of the second term of Mr. Trump’s presidency, if he wins re-election next year.

“I think it’s sad that we have not been back to the moon since 1972,” Mr. Bridenstine said. “There have been efforts in the past. They’ve never materialized.”

NASA has named the new moon program Artemis, after Apollo’s sister in Greek mythology. Its first mission would be a crewless test of the Space Launch System, a big rocket already in development. It is scheduled for late 2020, although many expect the launch to slip to 2021.

The second flight — the first with astronauts aboard — would zip around the moon, but not land, in 2022.

On the third flight, in 2024, astronauts would first travel to Gateway, an outpost in orbit around the moon, and from there take another spacecraft to the lunar surface, somewhere near its South Pole.

Mr. Bridenstine, echoed by other NASA officials, has repeatedly said that Artemis would take the “first woman and the next man” to the moon.

So why go back?

A primary impetus for a moon stampede now? The discovery that there is water there, especially ice deep within polar craters where the sun never shines.

That is a potentially invaluable source of drinking water for future astronauts visiting the moon, but also for water that can be broken down into hydrogen and oxygen.

The oxygen could provide breathable air; oxygen and hydrogen could also be used as rocket propellant. Thus, the moon, or a refueling station in orbit around the moon, could serve as a stop for spacecraft to refill their tanks before heading out into the solar system.

“If we can do it, the Gateway becomes a fuel depot,” Mr. Bridenstine said.

A key turning point in the revival of interest in the moon came in 1998 from Lunar Prospector, a small, inexpensive NASA orbiter. Alan S. Binder, a planetary scientist who worked at Lockheed Martin, conceived of Lunar Prospector as a way to follow up on hints of water ice in the shadowed craters and to demonstrate how to execute space missions at bargain basement prices.

Dr. Binder initially hoped that a charitable billionaire would pick up the tab. In the end, Lunar Prospector won a competition by NASA for low-cost missions. He remembered that many of his colleagues were not happy about that. “My community was kind of ticked off that NASA selected a lunar mission,” he said. “Part of that is that the solar system has many, many, many extremely interesting places.”

Even compared to other low-cost missions, Lunar Prospector was cheap — just $62.8 million, including the rocket that sent it into space.

And Lunar Prospector indeed discovered water — or at least one of its components, hydrogen.

In the aftermath of the loss of the space shuttle Columbia and its seven astronauts, President George W. Bush announced in January 2004 that it was time for NASA astronauts to again leave low-Earth orbit and head to the moon, with the eventual goal of going to Mars.

In 2005, NASA rolled out plans for Constellation — a fleet of new and bigger rockets, capsules and landers it planned to build. Michael Griffin, then NASA’s administrator, described them as “Apollo on steroids.”

But over the next decade, the moon ambitions flagged again.

Delays and cost overruns plagued Constellation. The administration of President Barack Obama, who was inaugurated at the dawn of the Great Recession, canceled it in 2010 and set a different course, to aim for an asteroid instead.

Then the Trump administration changed NASA’s course again. Asteroids were out, and the moon was back as NASA’s next destination.

As these administrations wavered, entrepreneurs had begun brainstorming possible business ventures on the moon.

In 2007, the X Prize Foundation announced a $20 million grand prize, bankrolled by Google, that would be awarded to the first private team that could put a robotic lander on the moon.

The competing teams found the challenge much more financially and technically difficult than anticipated. Even after the deadline was extended several times, the prize expired last year without a winner.

But while no company could claim the jackpot, many have not given up on the moon as a business opportunity.

The payoffs of the moon could include helium-3 mined from the lunar soil, potentially a fuel for future fusion reactors, although practical fusion reactors are still decades away.

There could be an opening for companies that would ship the ashes of loved ones to the moon as a memorial. And some private companies could carry payloads for scientific research. For instance, the far side of the moon could be ideal for optical and radio telescopes because they would not face earthly interference there.

With these potential businesses, the Lunar X Prize may turn out to be a success, even though there was no winner.

In the past, NASA would have designed and launched its own spacecraft to accomplish those tasks. The agency had started down that path with Resource Prospector, a rover that would drill a yard into the soil and extract substances like hydrogen, helium, nitrogen, carbon dioxide and water.

But last year, NASA canceled Resource Prospector, and it will instead pay commercial companies to take its payloads there. Many of the businesses are either former Google Lunar X Prize competitors or companies taking advantage of technology developed by those teams.

In that sense, this program, known as the Commercial Lunar Payload Services, or CLPS, is more of a descendant of Lunar Prospector than Apollo.

Astrobotic of Pittsburgh started as one of the teams aiming to win the Lunar X Prize, but dropped out when it realized it could not make the deadline. But Astrobotic continued development, believing it would nonetheless find a profitable business delivering payloads to the moon.

It sold half of the payload space on its first lander, scheduled to launch in 2021. Then NASA announced in May it would buy the remaining space.

John Thornton, Astrobotic’s chief executive, acknowledged that lunar entrepreneurs had been overly optimistic in the past and that the size of the potential market remained uncertain.

“You’re going to have some false starts along the way,” Mr. Thornton said. “I think this is the time. This is the real one with NASA leading the way.”

He predicted that by the middle of the next decade, there would be a steady but not huge business, a few missions a year in total.

“Compared to where we’ve been, that’s a massive leap forward,” Mr. Thornton said.

The fault is not in our stars

NASA’s efforts to reach the moon by 2024 will depend on whether Congress funds them. NASA has asked for an additional $1.6 billion for the 2020 fiscal year, and Mr. Bridenstine told CNN last month that the accelerated schedule might cost a total of $20 billion to $30 billion, raising worries that the money might be diverted from other parts of NASA to pay for Artemis.

Mr. Bridenstine now says the price tag may not be as high. “I think it could be well less than $20 billion,” he said. “I say that, because a lot of our commercial partners are willing to put their own money into it.”

Without support from both Republicans and Democrats, the moon program could stumble again, he said.

“My goal is to make sure that we’re looking at a very balanced portfolio and we don’t step on any political land mines, which has been the history of the agency,” Mr. Bridenstine said. “It should be, in my opinion, bipartisan and apolitical.”

That could be a difficult task during Mr. Trump’s presidency. Few members of Congress have come out as enthusiastic supporters; some, especially Democrats in the House of Representatives, have been skeptical.

Last month, the president appeared to undercut his own administration’s plans by saying on Twitter that NASA should not be talking about going to the moon.

Mr. Bridenstine has since spoken more about Mars and emphasized how going to the moon would prepare NASA for the far more distant trip.

“I talked to him personally, and we had a good conversation,” Mr. Bridenstine said. “He wants us to talk about going to Mars, which of course is the objective. And he understands we need to go to the moon in order to get to Mars. But certainly he wants us talking about Mars, because that’s what captures the imagination of the American people and of the world.”