Could we finally CURE depression? Neuroscientists pinpoint the region of the brain responsible for the mental health condition, opening the door for future treatments

Neuroscientists have pinpointed the region of the brain responsible for depression and anxiety, opening the door to future treatments.

In tests on animals, experts managed to stimulate this region of the brain, known as the caudate nucleus, which is linked to emotional decision-making.

By doing this, scientists were able to induce animals to make negative decisions.

The findings could help scientists better understand the crippling effects of depression and also guide them in developing new treatments.

Researchers are currently working with psychiatrists to see if the brains of people who suffer from depression and anxiety show abnormal activity in the caudate nucleus. 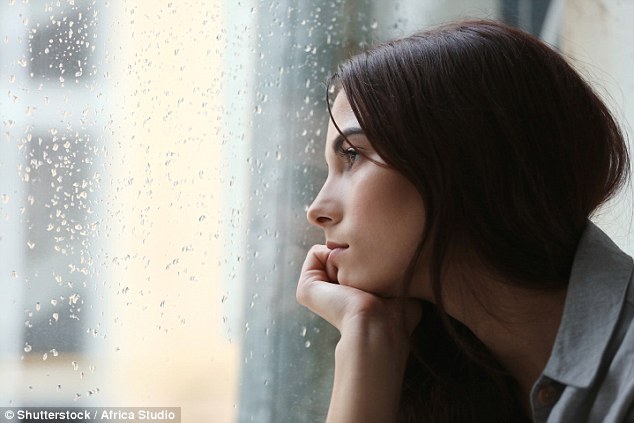 Neuroscientists have pinpointed the region of the brain responsible for depression and anxiety, opening the door to future treatment (stock image)

Researchers from Massachusetts Institute of Technology found that by stimulating the caudate nucleus, they were able to make animals place much greater weight on the drawbacks of a given situation, over its benefits.

This pessimistic outlook on decision-making continued over the course of the day, well after the original stimulation, researchers said.

‘We feel we were seeing a proxy for anxiety, or depression, or some mix of the two,’ said Ann Graybiel, an MIT Institute Professor and the senior author of the study, which is published in the Journal Neuron.

‘These psychiatric problems are still so very difficult to treat for many individuals suffering from them.’

In the study, researchers wanted to see if they could reproduce an effect that is often seen in people with depression, anxiety, or obsessive-compulsive disorder.

These patients tend to place more weight on the potential negative outcome of a given situation.

To test this, researchers stimulated the caudate nucleus with a small electrical current.

Animals were offered a reward (juice) paired with an unpleasant stimulus (a puff of air to the face). 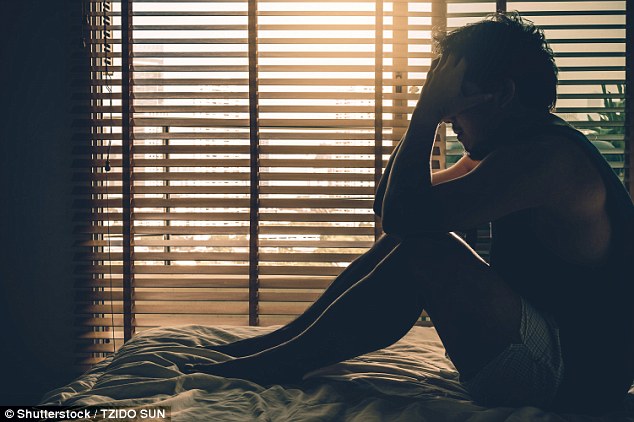 In each trial, the ratio of reward to aversive stimuli was different, and the animals could choose whether to accept or not.

If the reward was high enough to balance out the puff of air, the animals would choose to accept it, but when that ratio was too low, they rejected it.

When the researchers stimulated the caudate nucleus, the cost-benefit calculation became skewed, and the animals began to avoid combinations that they previously would have accepted.

This continued even after the stimulation ended, and could also be seen the following day, after which point it gradually disappeared.

This result suggests that the animals began to devalue the reward that they previously wanted, and focused more on the cost of the aversive stimulus.

Dr Graybiel is now working with psychiatrists at McLean Hospital to study patients who suffer from depression and anxiety to see if their brains show abnormal activity in the caudate nucleus during certain activities, like decision-making.

Magnetic resonance imaging (MRI) studies have shown abnormal activity in two regions of the medial prefrontal cortex that connect with the caudate nucleus.

Experts believe that the abnormal activity seen in the caudate nucleus in this study could be somehow disrupting dopamine activity.

For confidential support call the Samaritans on 116123 or visit a local Samaritans branch, see www.samaritans.org for details.

WHAT IS POSTPARTUM DEPRESSION?

Postpartum depression occurs after the birth of a baby.

It affects up to 20 percent of women in the US and 10 percent in the UK.

This is different from baby blues, which commonly include mood swings, crying spells, anxiety and difficulty sleeping.

This is a more severe, long-lasting form of depression.

There may be problems of bonding with the baby, enjoying motherhood, periods of anger or rage, sadness and crying.

There may be the constant feeling of being overwhelmed or possible thoughts of harming yourself or running away and escaping.

PPD is one disorder under the group of illnesses called perinatal mood and anxiety disorders.

For confidential support in the UK call the Samaritans on 116123 or visit a local Samaritans branch, see www.samaritans.org for details.

For confidential support in the US call the National Suicide Prevention Line on 1-800-273-8255.

For confidential support in Australia call the Lifeline 24-hour crisis support on 13 11 14.