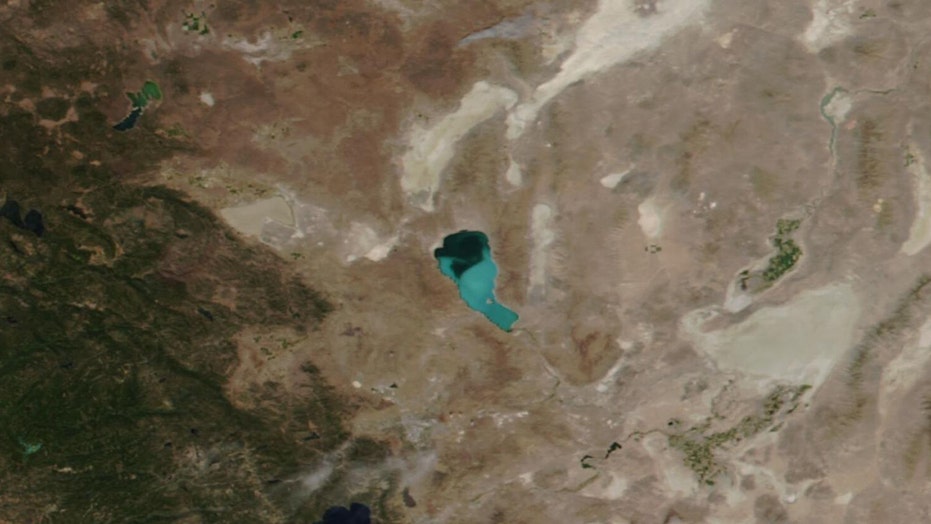 A lake in Nevada has turned a light shade of blue since the start of the month after a toxic algae bloom that's kept area residents out fo the water.

Pyramid Lake is located in a remote desert area of the Pyramid Lake Paiute Tribes' Reservation, about 40 miles northeast of Reno, and is fed by the Truckee River.

The Joint Polar Satellite System (JPSS) shared a satellite image from Thursday after the lake turned an "unusual shade of turquoise." 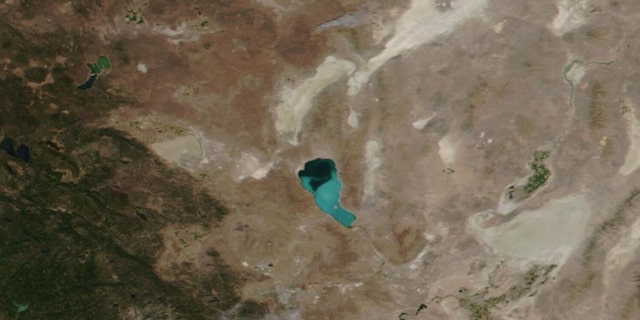 A toxic algae bloom can be see on Lake Pyramid in Nevada on Aug. 13, 2020.
(Joint Polar Satellite System (JPSS))

"Experts say the color is due to an abundance of calcium carbonate in the water, which is rare but not dangerous to the lake’s aquatic life," the JPSS tweeted.

According to the Pyramid Lake Paiute Tribe, water samples reported from July 22 showed cyanotoxin toxic levels that may cause harm to humans and pets.

As a result of the toxic bloom, all beaches were shut down to residents until further notice.

Residents were urged to stay out of the water due until further notice. Scum on the water or shoreline can cause skin rashes, eye irritation, diarrhea, and vomiting if exposed to the algae.

Animals can suffer from convulsions or even die if in contact with the toxic algae in the water.

Pyramid Lake had been shut down to outside visitors since the beginning of the coronavirus pandemic, according to FOX11.

After closing off beaches, more of the water turned the bright shade of blue or turquoise in the days after.

The Pyramid Lake Paiute Tribe said the lake is undergoing what's called a "whiting" event that occurs every seven to 12 years, or so.

Lake experts told FOX11 the event unfolding this year is somewhat rarer due to higher levels of calcium carbonate in the water combined with hot, summer temperatures.

"When the algae breaks down and decomposes, it grabs some of the nutrients and pollutants along with the algae on its way down to the bottom of the lake. It helps improve water quality and release nitrogen," Pyramid Lake Fisheries Director Daniel Mosley told FOX11.

While what's happening on the surface may make humans and pets sick, experts said that it's not dangerous to the aquatic life down below.